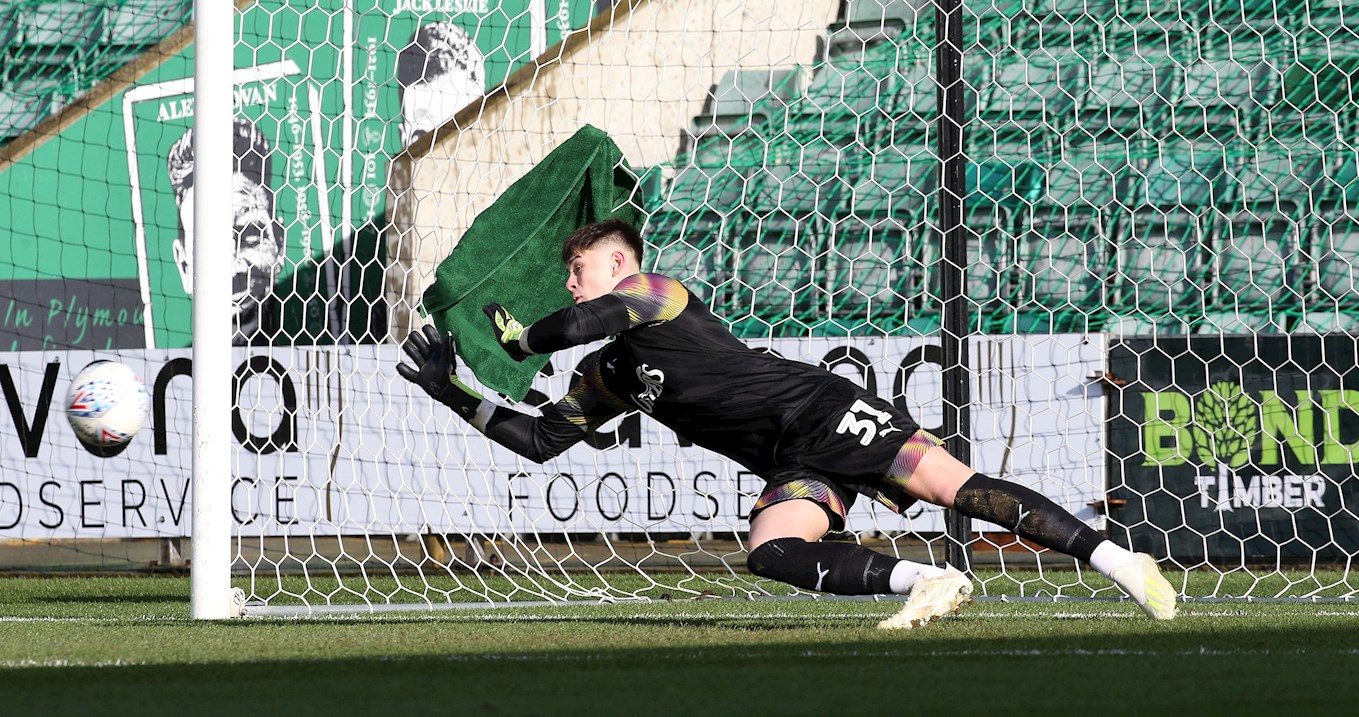 With one game to go in the initial stage of the tournament, the Pilgrims can still qualify from a tough group that not only includes reigning Premier League Cup holders Everton, but also fellow Category 1 sides Fulham and Watford.

To do so, they need Everton to beat Watford in Hertfordshire on February 21, and then win their final game against Fulham at Home Park Stadium four days later.

“They learn the highest standard and what’s required,” said Kevin, about a battling young side that included first-year scholars Jerry Medine and Charlie Miller.

“They learn about how to play against different systems and players; they don’t realise they are learning, but they certainly are.”

Goalkeeper Mike Cooper saved a penalty from Dennis Adeniran midway through the first half before the Everton man had his revenge two minutes later.

Ellis Simms, who scored 46 times in all competitions for the Toffees’ youth teams last season, added the first of his two goals eight minutes before the interval, and a Ryan Ashley header from a corner made it 3-0 on the pip of half-time.

Simms’ second came just after an hour, but the Pilgrims’ did not flag for a moment and a goal for all their unstinting efforts would not have been unjust.

Nance said: “Credit to the boys - they stuck at it. We take it on the chin and hope to do better against Fulham in a couple of weeks.

“Everton are a good team and, today, they had too much pace and power for us. They are one of the best Under-23 teams in Europe and, on the counter attack, they had more pace and power. They were ruthless when they got in and we paid the penalty for that.

“I thought we started alright until 20 minutes in, when the first goal went in. I was disappointed with individual mistakes that lead to the goals. Our possession was okay; in the second half, we had a lot of the ball but [Everton] were always a threat on the counter.

“I am disappointed with the scoreline and the result because we had aspirations of going through – we possibly may well do; we have a bit more to do if we are to do that.”

The game also gave striker Dom Telford the opportunity to get some game-time before travelling with Kevin up to Salford to link up with the rest of the first-team squad for Tuesday’s Sky Bet League Two game at Salford City.

“We are delighted to have Dom back in the fold,” said Nance. “These games give us an opportunity to do that. We are driving up to Salford later; Dom will be part of the party but we will see what the gaffer decides when we get there.”