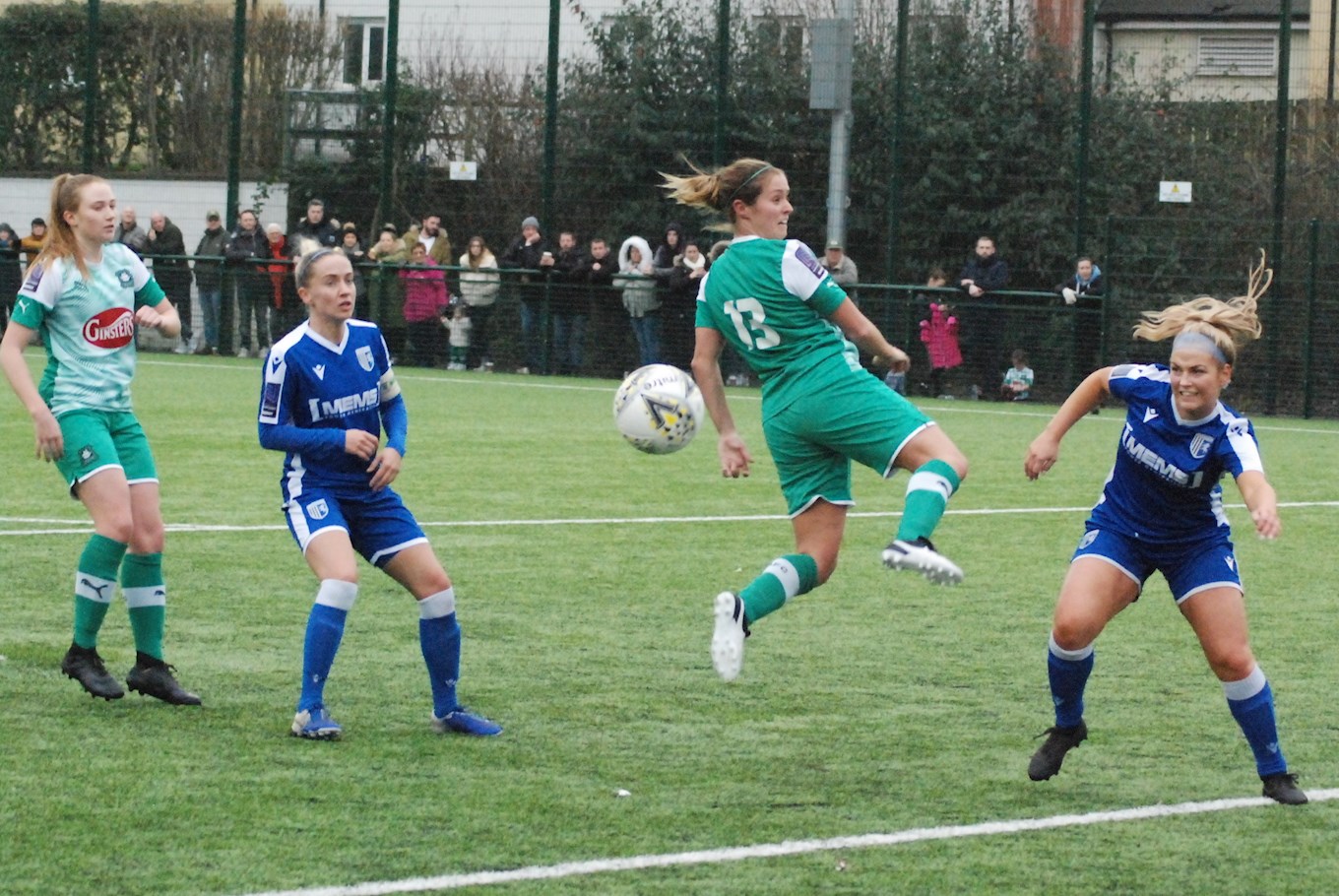 ARGYLE Ladies produced a battling performance to see off their Kent visitors but, with a little better luck in front of goal, the margin of victory could have been much greater.

Manager Dave Leonard had to ring the changes as influential all-rounder Leah Burridge was away on an UEFA 'B' course. Ben Kyle was between the sticks, while Greece Under-20 international Giota Papaioannou made her first start for the season on the right of the defence, with captain Kate Middleton and Lydia Huntley occupying the central defence positions and Mollie Taylor at left back.

Argyle started on the front foot with Bleazard having her well-struck free-kick saved. Bleazard then side-footed wide when well-placed. Gillingham responded with their captain heading wide from a corner with another header going wide.

Pilgrim pressure was beginning to tell and in the 18th minute they got their reward when, after Bleazard had been fouled, Katie Middleton stepped up to fire in the spot-kick low to the goalkeeper’s right.

Gillingham then missed a great opportunity to draw level but the effort was comfortably saved by Kyle. The industrious Bleazard almost doubled the advantage when she spotted the goalkeeper off her line but her long-range effort went narrowly wide of a post. There was then a chance for Knapman after Dover did well to win a free-kick, which was sent in by Bleazard but Knapman just failed to make contact.

Argyle’s impressive forward play was rewarded again in the 29th minute when Bleazard picked up the ball before striding forward and firing low into the net to make it 2-0. The all-action Bleazard then saw her well-struck free-kick saved.

The Greens came out for the second half pushing for more goals, with Taylor having a shot saved, as did Jackson. A Gillingham player was sin binned and then Knapman headed another pin-point Bleazard free-kick narrowly past the post.

With 20 minutes remaining, Libby Lawton came on to replace Papaioannou to become the youngest player to start a senior game. The game became extremely open with Knapman heading another Bleazard cross wide. Argyle then had a scare but a ball over the defence was well cut out by Dover, who had been involved in much of what was good for the Greens.

Leoanrd said: “I think there was a lot of positives out there, as that could have been a potential banana skin, I thought the girls done really well. I was really pleased with the chances we had and the deliveries we had in the box.

“I was pleased with the 2-0 win but I don't think we took enough chances as we should have done and I was disapointed it wasn't more than the two. I just felt we didn't make good the chances we had to put the game to bed and at 2-0, it’s always a dodgy scoreline.

“I was delighted we had four Development players on the field as they are the future, but what pleased me most was the adaptability we have in the squad – it is fantastic and I really believe that we will be alright.”