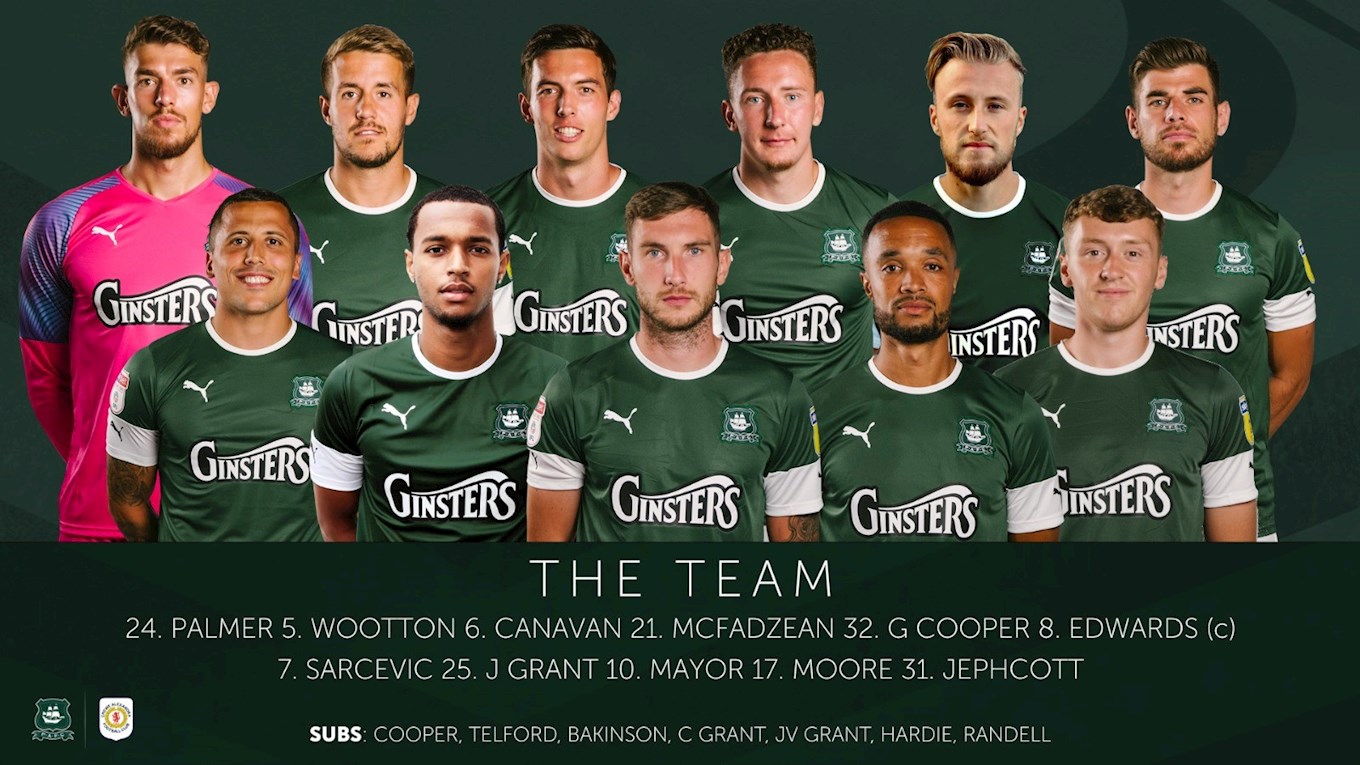 ARGYLE made one change to their starting line-up for the visit of Sky Bet League Two promotion rivals Crewe Alexandra, with central midfielder Josh Grant being recalled.

Grant replaced Tyreeq Bakinson as a like-for-like replacement and the only difference to the Pilgrims' team that won 3-2 at Salford on Tuesday through Ryan Hardie's injury-time goal.

Hardie, who came off the bench to claim the four points with his fourth goal of the year, was again named as a substitute, with Luke Jephcott and Byron Moore forming the Pilgrims' attack.

Callum McFadzean continued at left centre-back as captain Gary Sawyer sat out the third match of his three-game suspension after being sent off against Newport at the beginning of February.