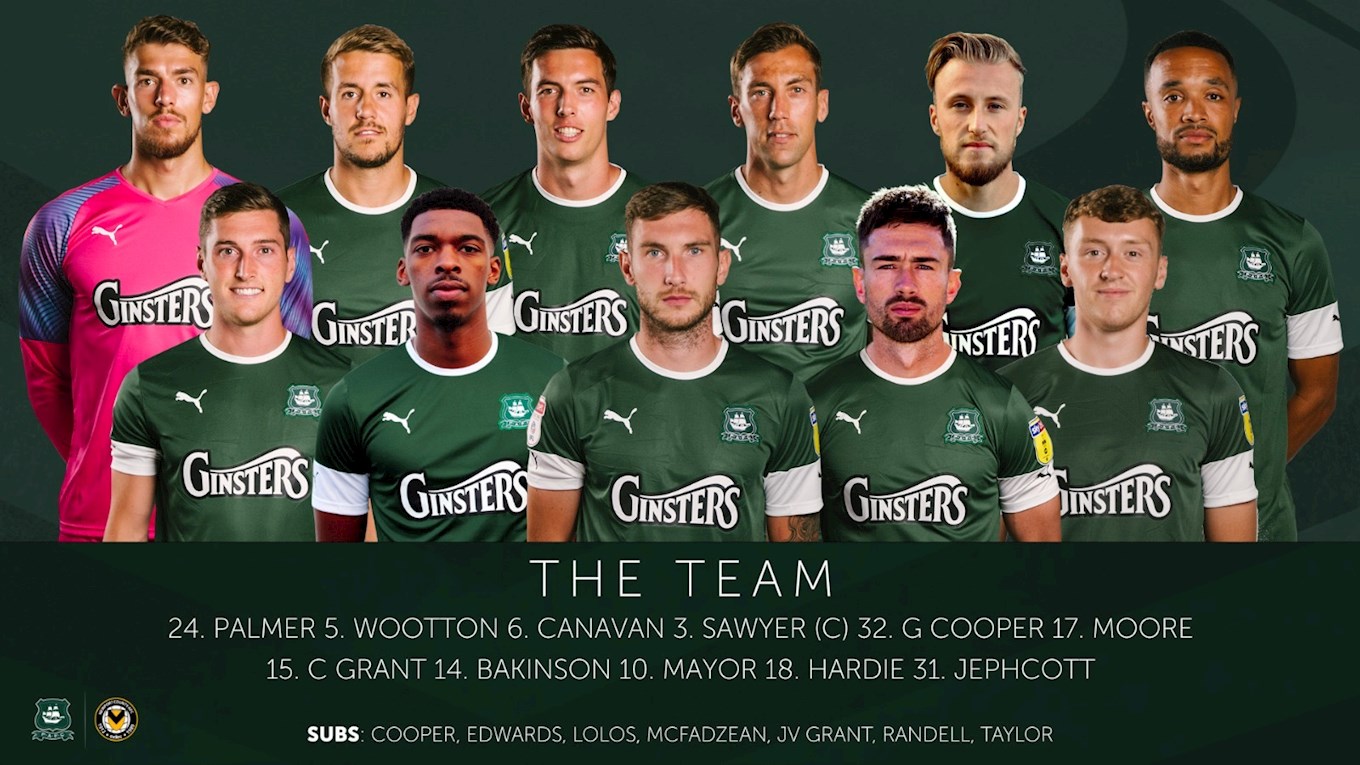 Mayor was back to colours after not participating in the Pilgrims' previous two matches because of a slight hamstring injury.

Luke Jephcott, scorer of his fifth goal in five appearances during the previous Tuesday's 2-2 home draw against Crawley, was promoted from the substitutes' bench, along with Conor Grant.

There was no place in the match-day squad for this season's leading scorer Antoni Sarcevic, who also netted against Crawley, nor for fellow midfielder Josh Grant, giving rise to speculation that neither was fully fit.

Joe Edwards made way for the recall of Jephcott, whose partnership up front with Ryan Hardie paired two players who have scored eight goals between them since January 1.

Callum McFadzean, who has not featured in an Argyle squad for three months, was also on the bench.

Newport's starting 11 included forward Jamille Matt, whose seven goals in 12 starts at the end of the 2015-16 season helped propel Argyle to the League Two play-off final.

Otis Khan, a transfer deadline day signing from Mansfield Town, arrived too late in the window to be included in the Exiles' squad.