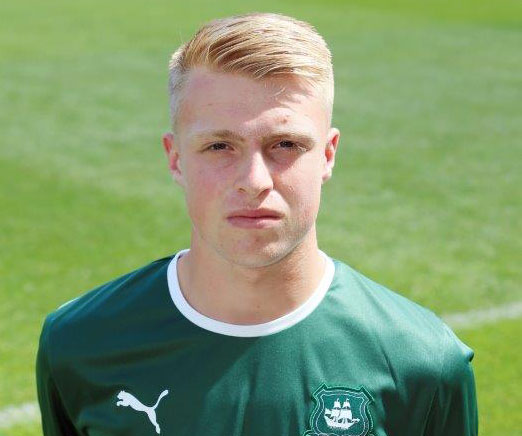 ARGYLE'S under-18s coach Darren Way's first words to his youngsters, as they came off the pitch, was "Football can be a cruel, cruel game."

How right he was, as his charges had twice come from behind, only to lose their opening EFL Merit League Two game to a stoppage-time goal in this thrilling encounter at Harpers Park.

It was tough on Argyle. as they easily took the second half-honours after trading blows in the first period with a very good, and strong Luton side.

The shivering spectators could not afford to take their eyes off a game that swung one way and then the other, as neither side was content to defend. Ollie Tomlinson saw his fifth-minute volley blocked by Parker Trernan but the Hatters’ goalkeeper could not keep out the Argyle central defender's towering header that put the Greens in front.

Edward McJannet twice had chances to restore parity before the visitors were level on 22 minutes, when Callum Nicholson swivelled in the area to fire low past Tyler Coombes. Disaster struck in the 35th minute as the otherwise impressive Finley Craske's underhit back-pass was seized upon by Coree Wilson to fire low past the exposed Coombes.

Argyle were level a minute later, when Rubin Wilson's superb pass put in Scott Crocker for a cool finish but it was Luton who were to go in at the break leading after Nicholson was left unmarked at the far post and his low driven cross was converted by Tyrelle Newton at the opposite post.

The young Pilgrims required just five minutes of the second period to level the scores again, when Brandon Pursall's far-post header was converted, via the post, by Isaac Burdon.

Argyle were now in the ascendency with Wilson's goalbound drive deflected wide for a corner before the Ailgrim top scorer met Jarvis Cleal's superb cross only to head into the side netting.

The home side continued to push forward and were unlucky when Jeremiah Medine saw his first effort blocked and his follow-up superbly blocked by Trernan.

Argyle's search for a winner proved to be their downfall as Luton broke upfield, in the first minute of stoppage time, for substitute Tra Lucas to ride two challenges before blasting the ball past Coombes.