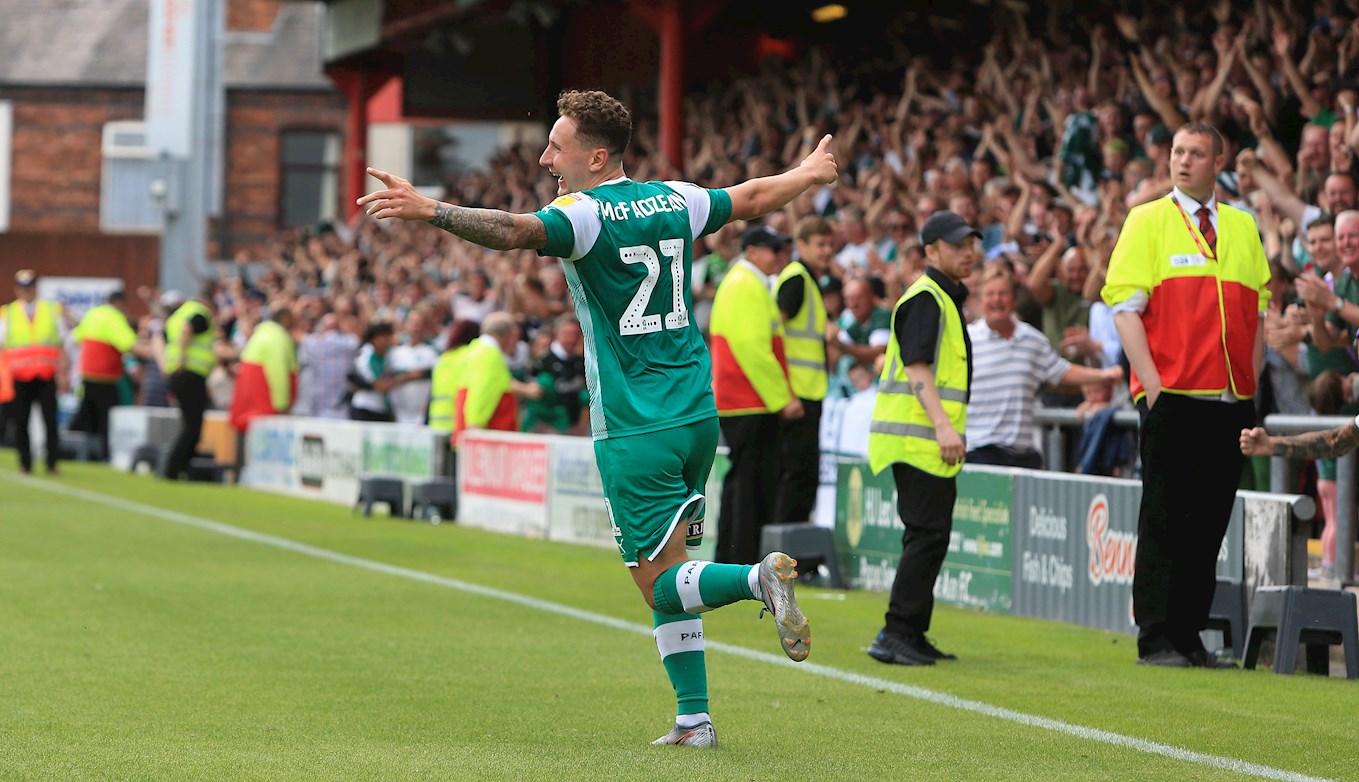 Back in the Fight

RETURNING defender Callum McFadzean was delighted to play the full 90 minutes in the Pilgrims 3-2 win over Salford City in midweek following over two months on the sidelines through injury.

The versatile Fadz now has his sights set on retaining his place as the Greens take on Sky Bet League Two’s second-best side in Crewe Alexandra this weekend.

“It was class [to be back playing], it’s not been too long but it has been tough,” said Callum. “Just to be back out there with the boys is amazing, to get three points topped it off.”

The defender’s ability to complete the full game is testament to the work he has put in behind the scenes to get himself back into contention, but it is not only he who deserves praise.

“That’s all credit to [physio] Dave [Galley] and [head of fitness and conditioning] John [Lucas] since I’ve been out,” he said. “I had a couple of days off until I saw the specialist, since then it has been double or treble sessions a day. It shows the hard work that I’ve put in off the field. My fitness levels are still there, so it’s good.

“They [Crewe] are up there, we’re up there, so it is a big game. These are the games you want to be involved in, you want to be coming up against the good teams. They play good football, it’s going to be a good game with a packed-out Home Park, I wouldn’t want it any other way.”