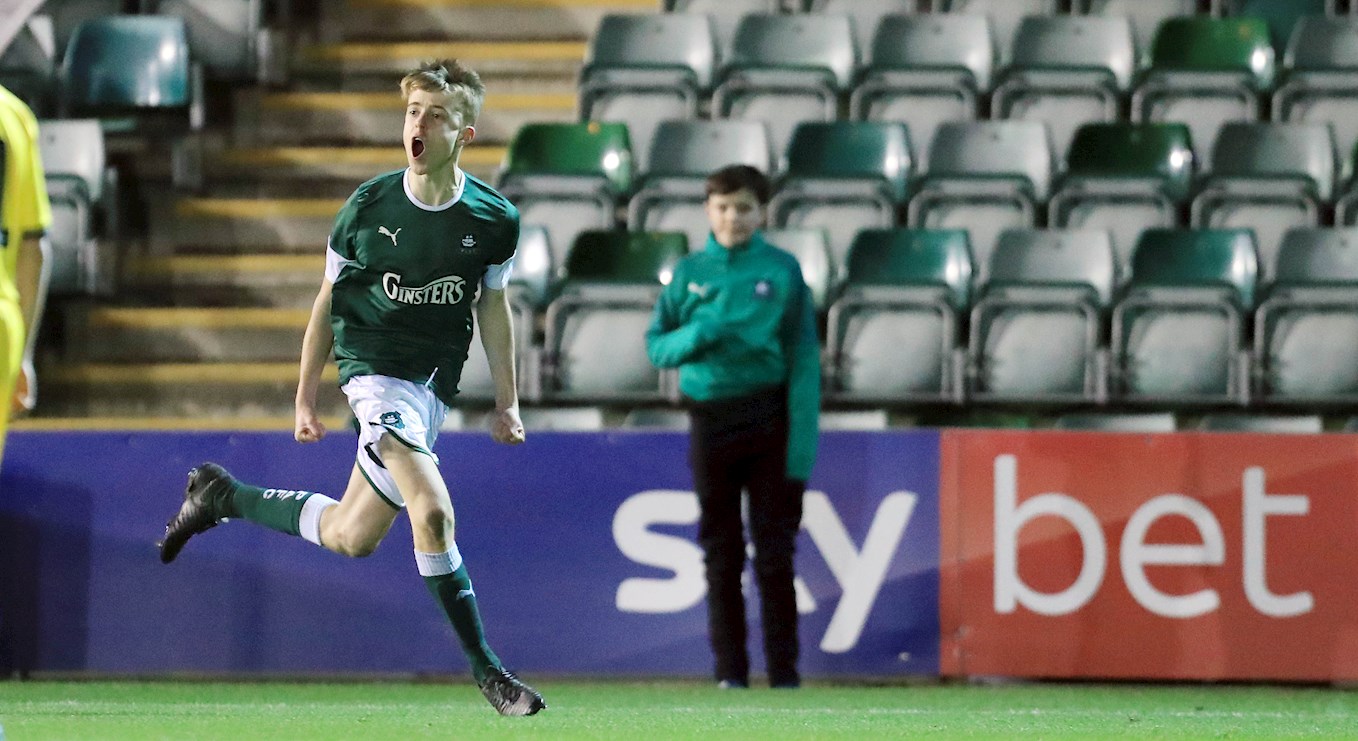 THE Argyle Academy is set to become the beating heart of our club under the guidance of manager Ryan Lowe, director of football Neil Dewsnip, new Under-18s coach Darren Way and all staff at Home Park, as we look to build an exciting Pilgrim future.

The gaffer has already shown his faith in young players, giving debuts and first-team experience to a number of Academy stars, while a recent graduate of the Home Park system, Luke Jephcott, has shown what can be achieved after picking up the Sky Bet League Two Player of the Month award.

Ryan is striving to develop a brand of football that runs right the way through the age groups, building a clear identity in the way we like to play the game.

“The Under-15s played on the pitch last week and there is some great talent in there, but they are two or three years away from first-team football,” said Ryan.

“We want to have 16 and 17 year-olds coming through that might have a chance. Rubin [Wilson] has made his debut, Jude [Boyd] has as well and young Jarvis [Cleal] has travelled with us quite a bit, so he’ll probably move up with the first-team because he’s certainly got talent.

“The cycle is probably every two years of getting one or two in but we don’t want that; we want a cycle every year and we want one of the best Academies around, which is why we’ve brought in one of the best coaches in Darren Way.

“The structure of the Academy is changing now. We have a head of recruitment and Chris [Beard] is out and about trying to get players and building links.

“As you’ve seen from the Under-15s, they played in the right way, passing through the lines and that will be a must for the 11-a-side kids. We want to make sure we have the best of everything.

“I think the structure will be better for everyone; parents, players and coaches. I think they’ve seen we’ve brought players into the first-team and a youngster in the Plymouth Argyle Academy should be chomping at the bit.”

As part of celebrating all things Academy for the weekend visit of Crewe Alexandra in Sky Bet League Two, we will be showing our appreciation when the Academy players and staff have a lap of acknowledgment at half-time.

The support from our Academy sponsors and parents and guardians who spend countless hours travelling to training and fixtures is greatly appreciated. This enables us to develop and improve our Academy programme.

We would like to thank all the Academy sponsors for supporting the Academy players’ training and match kit for the 2019-20 season.

One special piece to the Academy jigsaw for the future will be growing the Big Green Lottery, a membership scheme that helps to raise valuable funds for the Academy, including the recent purchase of a dedicated youth minibus and sports science equipment.

On Thursday, February 20, the Grand Draw for £12,000 will take place during the Argyle Community Day at Home Park and our ten finalists will be announced in the next 24 hours.

Next week will also see us announce the £500 winner for January, the latest rollover draws and our Argyle experience winner.

As well as giving away a £12,000 prize each year, the BGL also offers monthly cash prizes of £500, a weekly rollover rising by £100 every seven days, special Argyle experiences and ticket priority for big games.

These fantastic benefits for our members are, however, a side show to the main aim of raising money for the Academy. At present, we have just under 600 members but increasing this BGL following to 1,000 would generate a huge amount of extra funding for the Academy.