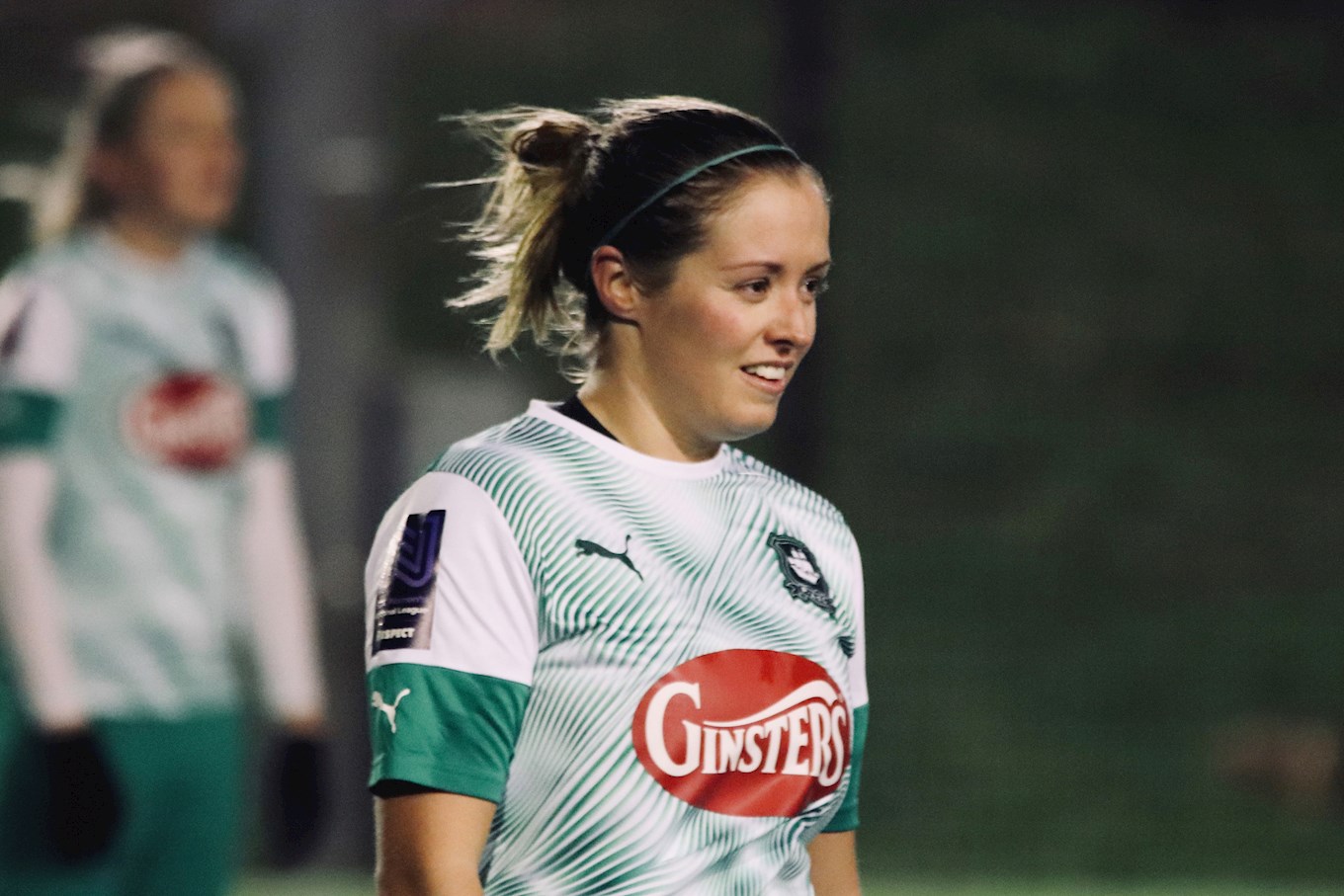 ARGYLE Ladies go into Sunday’s FA Women’s National League Southern Premier Division match at Keynsham Town in a confident mood and looking for their fourth league and cup win in a row.

Argyle have a good recent record against Keynsham, having won six and drawn the other of the last seven matches played. This includes the 6-1 win at Manadon in September.

Keynsham were promoted last season but find themselves struggling against relegation as they lie third from bottom – and have lost their last three league matches, but they have seen the return of top scorer Kerry Bartlett who scored a massive 63 goals last season. Bartlett returns after playing for Cheltenham Town in Division One South West and will be a serious threat. The Pilgrims, however, have their own hot shot in Natasha Knapman who is looking to improve on her 23 goals scored to date.

Argyle welcome back the versatile Leah Burridge who missed last week’s 2-0 league win over Gillingham. Lydia Huntley, who was injured during the match against Gillingham, has also been included in their squad, although teenagers Nelinha Barros and Nicola Champion return to the Development squad for their League Cup tie. Coach Vicki Fannon has also been named in the squad as back-up and 16 year-old Libby Lawton, who came on as a substitute against Gillingham, has kept her place in the squad.

What will have pleased Manager Dave Leonard is that, despite losing a number of players recently, the whole squad has pulled together with those coming in gaining confidence and looking impressive game by game.

Leonard said: “It's a bit of a difficult one because you are never sure what you are going to get at Keynsham, they will be difficult opposition. It’s one of those where you have just got to go there and do the job. I would like to think we will take more of our chances this week than we did last week but we need to be more clinical in front of goal. The training went well this week.”

The Argyle Development youngsters take a break from their league campaign when they go into the unknown on Sunday in entertaining Bristol Ladies Union in the quarter final of the Bristol Soccerworld Cup at the Manadon Hub for a 2pm kick-off.

With the first team being away, the Development side are hoping people will come to Manadon and cheer the future stars on. Manager Rob Bonney will welcome back Nicola Champion, Nelinha Barros and Dee Newman into the squad.

There is plenty of positives around this group at the moment, not only in the results they have been achieving on the field, but with the amount of youngsters being given a chance to perform at a very high level with the first-team.

Manager Rob Bonney is more than happy with the progress of the squad, saying: “These girls are capitalising at the moment on the unfortunate injury crisis in the first-team. The girls are raising their standards every week, they see their team-mates getting a chance and they all want to be considered. The hunger is certainly there.

“The number of players approaching the coaches and asking how and where they can improve their game is so positive.”

The transformation continues with another three sixteen year-olds joining the ranks - Libby Lawton, Beth Riley and another promising prospect from Cornwall, Rosie-May Shipp, but all are unavailable for this tie, having not played enough league games.

Bristol Ladies Union are going to be no pushover as they have won seven straight league and cup victories and reached the stage this stage by beating Chipping Sodbury Town (H) 7-0 and Almondsbury (A) 4-2. Argyle beat Feniton (H) 7-3) and Alphington (A) 2-0. The winners will meet Weston Mendip in the semi-final.