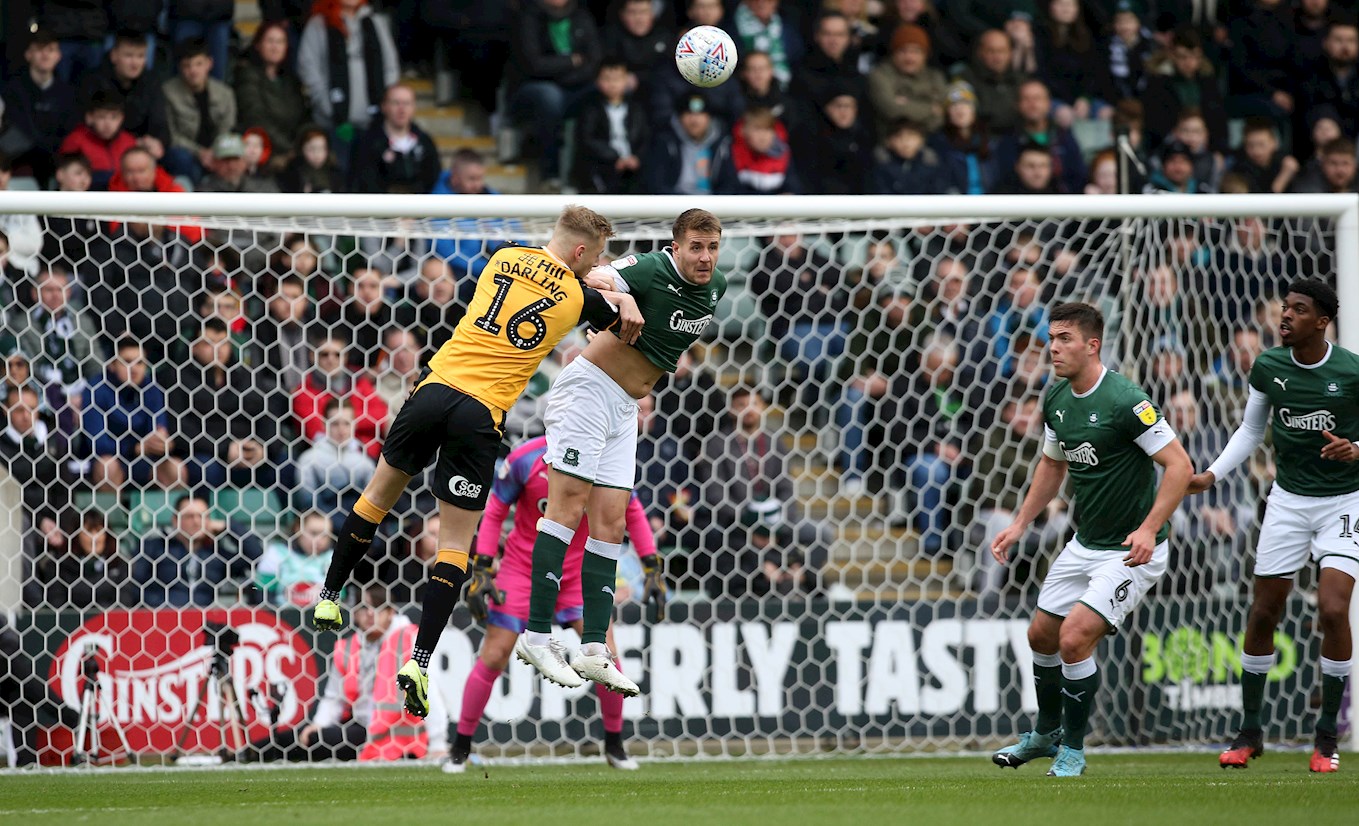 ON Armed Services Day XI, a first for Argyle under the management of Ryan Lowe, the Pilgrims delivered their first 0-0 for 44 games, and Lowe’s own goal-less stalemate as a manager for 43.

The blank scoreline came despite almost total dominance by an Argyle side that will feel nothing but frustration that all their sterling efforts could not quite extract all three points from an obdurate Cambridge side.

Lowe had called up Callum McFadzean and Tyreeq Bakinson to the colours as the Pilgrims embarked on their fifth game in 15 days.

McFadzean, who had been rested for the 1-1 midweek draw at Macclesfield Town, replaced George Cooper at left wing-back, resuming the role with which he began the season at a gallop, following an absence through injury and filling in for Gary Sawyer in central defence.

Bakinson continued to fill the central midfield role assigned to Josh Grant at Moss Rose before he suffered an Achilles injury and was replaced by Bakinson.

Argyle are the in-form team in League Two but Cambridge United arrived at Home Park Stadium having won their previous four matches, so you would have been forgiven for anticipating something more from the visitors initially than their apparent contentedness to sit in.

Not that Argyle were complaining as they made full use of the invitation to attack.

The Pilgrims were particularly potent on the left, with Danny Mayor finding Antoni Sarcevic’s clever marker-losing run into the box for a header that did not make the most use of the space that he had created.

McFadzean then twice got his head down and made for the bye-line before sending over one cross to the far post, where Joe Edwards was waiting to steal in, and another to the near, from where Luke Jephcott sent a header towards the far post that drifted wide.

After contributions from the Pilgrims’ left midfielder and left wing-back came one from the left centre-back, skipper Sawyer being denied his first goal for more than two years by a timely blocking header by his U’s counterpart Greg Taylor.

As the match reached the half-hour point, the statistics shouted loud the tale of the game: 65% possession – on a par of the frankly almost absurd 71 achieved at Macclesfield – and 176 passes. However, equally as impressive was the full-team press when a pass went astray.

This led to many more openings, and twice in a minute as half-time approached, Cambridge defenders were obliged to head clear from under their own crossbar, firstly after Edwards fetched back a slightly overlong cross and hung the ball up for the lurking Moore.

From the consequent corner, Niall Canavan rose high and handsome at the far post for a powerful header that was blocked on the line, the move and outcome neatly encapsulating the direction and ultimate frustrations of a dominant first half.

Neither changed during the opening stages of the second half as Argyle’s little left-wing triumvirate of Mayor, McFadzean and Sawyer combined for the latter to send over a super swinging cross that Sarcevic, stretching, headed wide.

Same wing; same deliverer; same accurate cross. This time, Moore was the target, but Taylor intervened to divert his shot.

Dom Telford replaced Jephcott with half an hour to play but it was one of the visitors’ substitutes who came close to breaking the fascinating deadlock, Reggie Lambe firing Cambridge’s first real scoring chance of the game wide after Idris El Mizouni drove in off the wing and crossed.

Argyle increased their attacking quotient for the final quarter by bringing on Cooper and Ryan Hardie, and were happy to allow Canavan and Scott Wootton to linger in attack after sending them up for set-pieces. They were not about to die wondering.

Telford sent in a raking shot from long range that Cambridge goalkeeper Callum Burton had to get down smartly to keep out as Home Park added its vocal weight to the attack.

The voices grew louder when Bakinson was played in for a shot that was blocked, and louder still when the same player took a tumble in the penalty area. Referee Wil Finnie cocked a deaf’un.

In time added on, Sarcevic was felled and Cooper stepped up to send a splendid free-kick agonisingly wide of the goal.

It kind of summed up the afternoon.