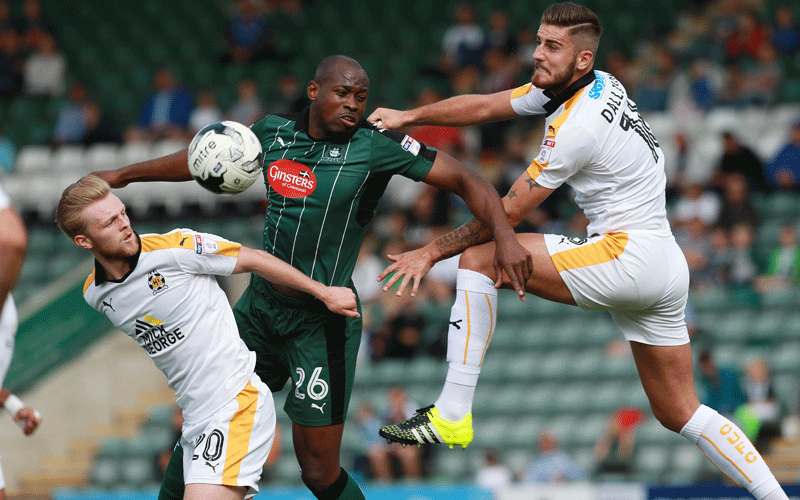 ARGYLE welcome Cambridge United to Home Park in Sky Bet League Two on Saturday and Statso has taken his traditional look at their record in PL2.

Biggest win: The 4-1 victory in our first meeting.

Heaviest defeat: Argyle’s promotion hopes were dealt a big blow as the U’s beat us 3-0 on Saturday, April 16, 1994. Future Pilgrim Carlo Corrazzin scored a brace as mid-table United shocked Peter Shilton’s Greens who were second in the Second Division. Another future Green, Mick Heathcote, featured in the centre of Cambridge’s defence.

Most goals in a single game: Five, in our 4-1 victory in the first meeting between the two clubs.

Further interesting facts: United’s 1-0 Division Two win at Home Park on Tuesday, February 11, 1992 in front of just 4,290 spectators proved to be the death knell for David Kemp’s tenure as Argyle manager. Controversial Cambridge manager John Beck was fulsome in his praise for the Greens after the match, but the reality was that Argyle had gone four games without a win and had dropped to fourth bottom of the table.

In the summer of 2016, Derek Adams signed three players who had been at Cambridge during the previous season: Ryan Donaldson, Jordan Slew and Jimmy Spencer. Each of the three figured over 20 times in our 2016-17 League Two promotion side, but they were all released at the end of that season.

The most common result in our EFL history is the 1-1 draw, but we are yet to record this outcome at home to Cambridge. We have, however, drawn 1-1 twice with the U’s at Home Park Stadium.