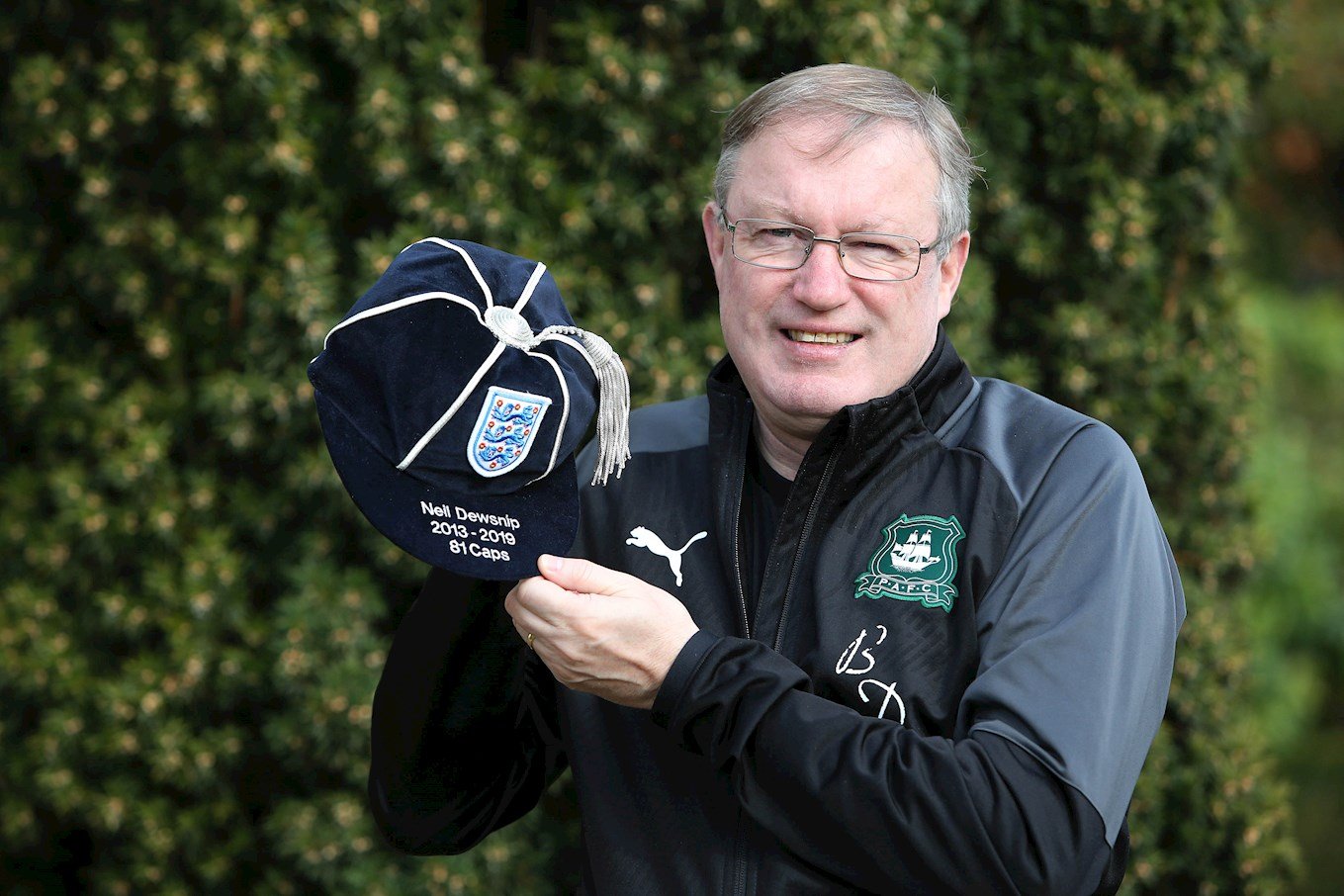 ARGYLE Director of Football Neil Dewsnip has been honoured by the English FA for his work as a coach with the national youth teams.

Neil was presented with an international cap, marking his 81 games as coach in charge of England teams ranging from the Under-16s to Under-21s, one of two coaches ever to have received an accolade normally reserved for players.

Neil received his honour when he, Pilgrims manager Ryan Lowe, and other Home Park coaches attended a clinic headed by England manager Gareth Southgate and his assistant Steve Holland at the National Football Centre at St George’s Park.

“In the morning, we were all having coffee and I noticed, all of a sudden, that a load of my ex-colleagues seemed to be there,” said Neil.

“I was incredibly proud – I am incredibly proud – to have been a Head Coach of my country 81 times, from Under-16s, 17s, 18s, 19s, 20s and 21s – I am very proud. They were telling me there are only two coaches in the history of English football who have ever received a presentation of the cap.

“It was a lovely moment, very humbling. Obviously, the lads have taken the mickey non-stop, as you would expect, but I know, deep down, they are quite proud of the old fella getting the achievement.”

Part of Neil’s considerable remit as Director of Football is to act as an enabler for the coaching staff to improve as much as they possibly can, and assistant-manager Steven Schumacher, first-team coach Kevin Nancekivell and Under-18s head coach Darren Way joined him and Ryan at St George’s Park.

Neil said: “The clinic with Gareth and Steve Holland was put on by the League Managers’ Association and was all about defending.

“I would have thought that Argyle had more members of staff there than anybody else. When you put that into context of the fact that we’ve had to get up at 5.30 in the morning to get there, that’s pretty special and a really good effort.

“We know that these courses are not coming to us – although that would be lovely, and maybe in the future we can look into that – so, for now, we have to do the travelling.

“We’re okay with that, because we know it’s self-improvement, which is something that’s very important to us.”

Despite the early start, it was a worthwhile experience – even more so for Neil as he left, with colleagues doffing their caps to him, holding a cap of his own in recognition of his role as a national coach. 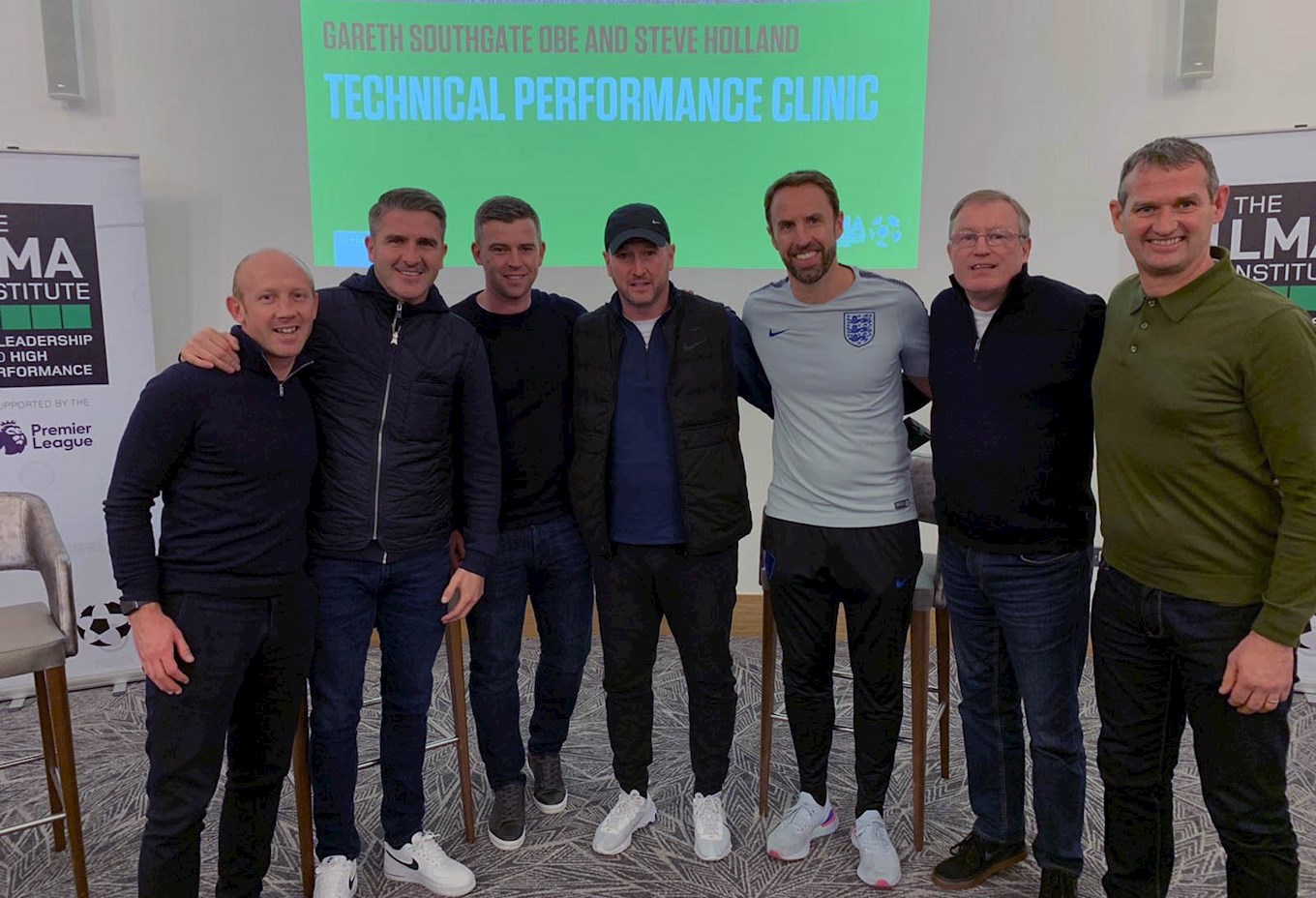