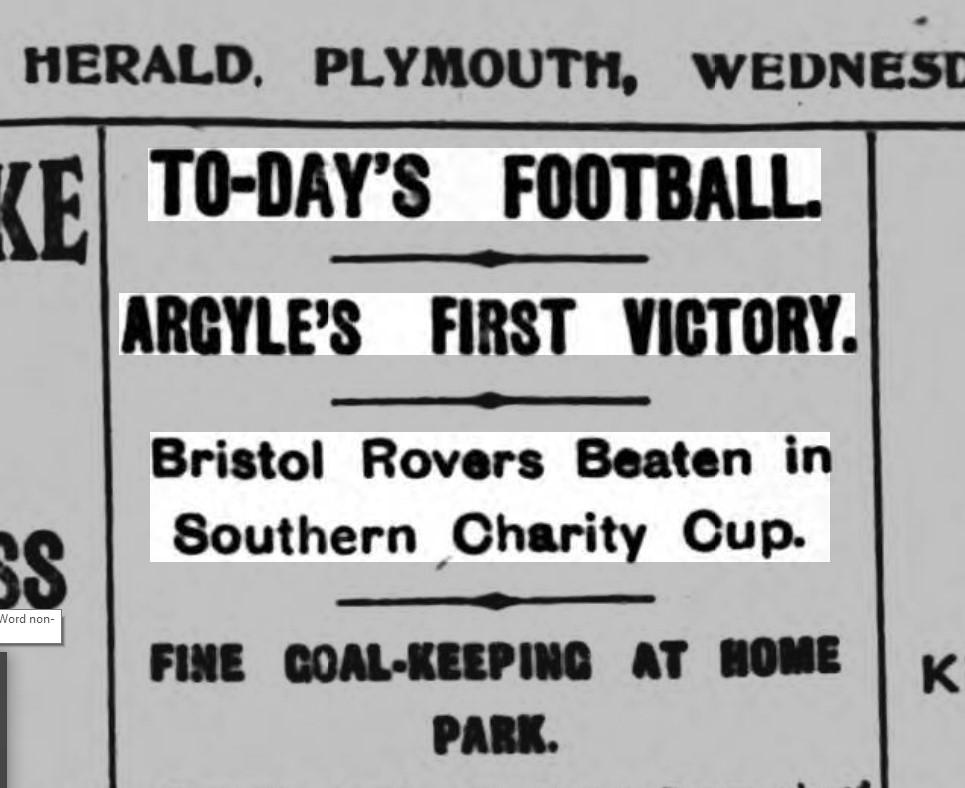 ARGYLE researcher Steve Dean, the driving force behind the unparalleled Greens on Screen, has discovered an additional 12 games previously unaccounted for in Pilgrim history.

The find relates to the previously undocumented Southern Charity Cup, a competition played in the early 20th century, involving 16 league teams in the south of England.

According to the research, the Pilgrims reached the final in the 1914-15 season, having been given a bye at the semi-final stage. These 12 records have been added to the Greens on Screen database, which alters the timeline of some significant moments in Argyle history, including our 5000th competitive fixture, and also impacts the personal statistics of 50 former Pilgrims.

It was initially believed that the Greens’ 5000th competitive fixture was played, aptly, against local rivals Exeter City in the Johnstone’s Paint Trophy in October 2015, where the Greens won 2-0, courtesy of goals from Hiram Boateng and Craig Tanner.

However, with the addition of these twelve previously unaccounted fixtures, the Pilgrims’ 5000th game would actually have been the 2-1 home reversal to another rival, Portsmouth, in August 2015 – with Gregg Wylde on target for Derek Adams’ Greens.

In addition, it changes the 1000th player milestone, which was formerly awarded to the five players who debuted in the Greens’ 2014-15 campaign. Now, adjusting for the addition of a previously unknown player, ‘J. Wright,’ in the Southern Charity Cup competition, bumps that honour to Enoch Showunmi, who made his debut on-loan from Notts County in a 2-1 away win at Newport.

In total, these historical amendments cause a butterfly effect of 650 total milestone changes in the Greens on Screen database, which have all been painstakingly implemented by Dean.

For more information on the Greens on Screen database, or to check it out for yourself, click here.