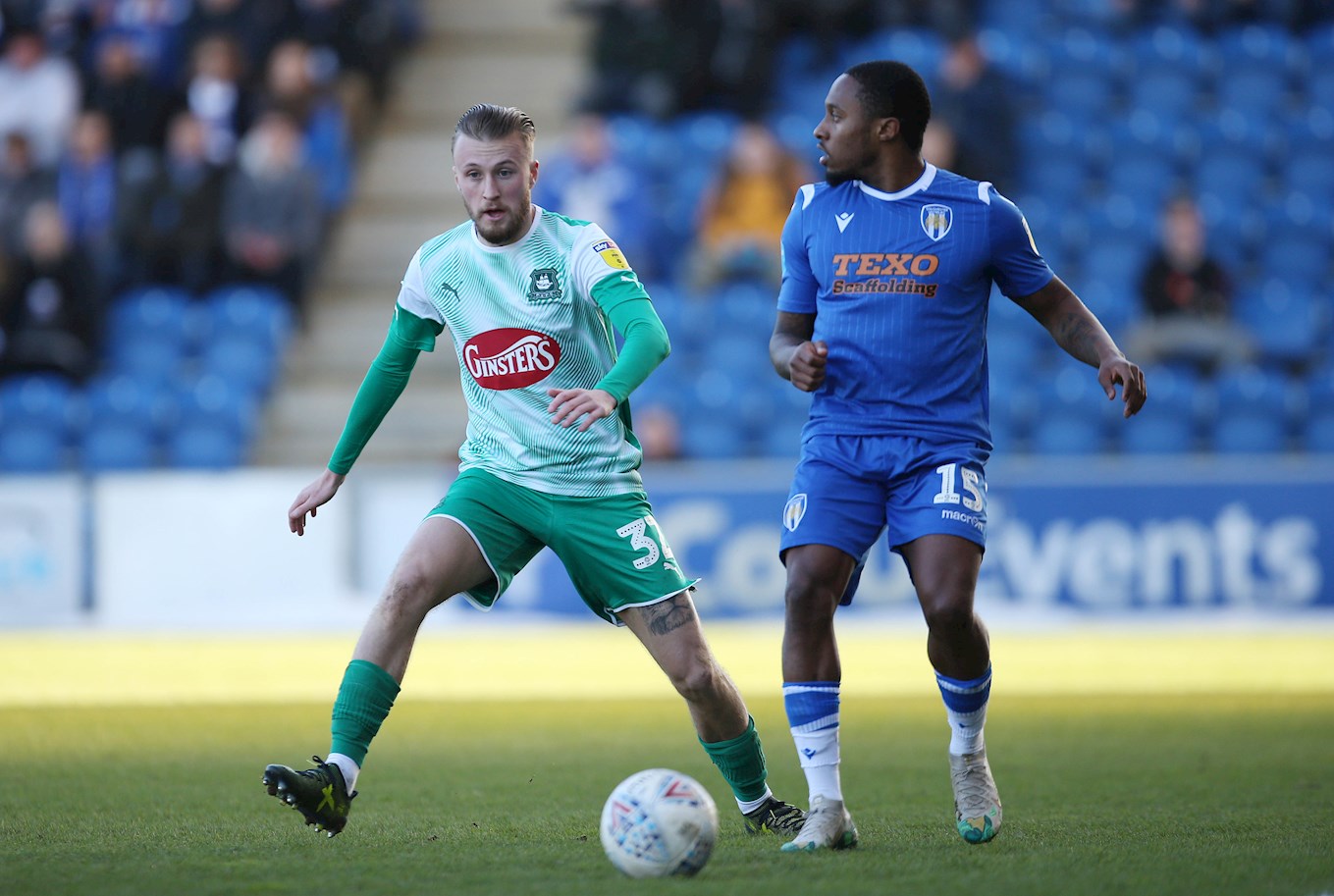 THERE are tough places to go in Sky Bet League Two, and then there is the Jobserve Community Stadium, home of Colchester United these last 12 years.

Argyle arrived in Essex seeking to be only the third team this season to leave with three points, and first since Morecambe had, possibly surprisingly, managed that feat back in mid-October. Colchester’s five wins from eight matches since then included a 3-1 beating of divisional leaders Swindon Town in their previous home game.

Of course, Argyle’s own form has been peerless recently, and they had come to town having won five of their previous six matches away from Home Park Stadium, claiming some big wins – by score and by scalp taken – at Scunthorpe, Carlisle and Cheltenham. Something had to give.

Unfortunately, what gave was Argyle’s previously freakishly splendid away form in February as they succumbed to their first defeat on the road in the month since 2013, the seven-year span to this year having seen nine wins and six draws.

First-half goals from Ben Stevenson and Theo Robinson, who scored twice in six minutes, made adding to that sequence unlikely, although the Pilgrims responded well to adversity after half-time and kept on keeping on.

Antoni Sarcevic had returned from injury to lead the Pilgrims as Gary Sawyer began his three-match suspension following his red card in the home victory over Newport County a week earlier.

Sarcevic replaced Conor Grant in midfield as Sawyer’s place on the left-hand side of the three-man central defence went to Josh Grant, who had also been incapacitated for the Exiles’ visit to Home Park.

League Two’s man of the moment, Luke Jephcott, a two-time Player of the Month award-winner in the previous seven days, again led the Pilgrims attack in harness with Ryan Hardie – the three having shared eight goals in six matches since New Year’s Day.

A strong Argyle substitutes' bench included former Colchester United midfielder Joe Edwards alongside Callum McFadzean, while Pilgrims’ defender Tafari Moore, on temporary secondment to Colchester, was excluded from the United squad under the terms of his loan arrangement. Another ex-Green, Paris Cowan-Hall, was injured.

Josh Grant was immediately called into action to police Colchester’s fleet-footed Callum Harriott in the early stages as Argyle’s defence – statistically right up there with the division’s best – looked to provide a foundation from which to build.

Goalkeeper Alex Palmer unfussily kept out a Harriott shot and was helped out by Scott Wootton’s clearance from Robinson. Just as it seemed that Argyle had seen off the home side’s threat, Harriott found space on the right side to tee up Stevenson to side-foot home from ten yards.

Buoyed, Colchester kept coming. Palmer saved well with his legs from Robinson on the break and Comley crashed a long-range shot on to the Pilgrims crossbar.

Argyle, though, doggedly stayed faithful to the game-plan and began to reap rewards for their belief. Jephcott came deep to collect a pass and laid off the ball to Danny Mayor, whose intelligent dink across United goalkeeper Dean Gerken required defender Luke Prosser to clear the ball off the goal-line.

Some delicate interplay between Mayor and Sarcevic preceded a cross to the far post from the latter to which Tyreeq Bakinson got a full head and was denied only by a top-class save from Gerken.

Back came the home side, and Palmer tipped a Harriott shot wide, off his left-hand post, before Robinson extended the home side’s lead when he headed home Frank Nouble’s cross from close range.

Five minutes later, Robinson had his third, running in on Palmer after Mayor, facing his own goal, had been dispossessed by Harry Pell 20 yards out.

Despite the mountainous task, no Argyle shoulders dropped, and they came close to reducing the deficit when Sarcevic reached the bye-line by sheer force of will. His cross found Cooper, whose volley obliged Gerken to make another good save.

At the other end, Niall Canavan made an important late intervention to turn Nouble’s shot away for a corner before half-time gave Argyle the opportunity to regroup.

They did so by bringing on McFadzean, for his first league game since November, and Ryan Taylor, taking off Hardie and Cooper.

Taylor was immediately in the thick of things, which is where he was probably asked to be, as Argyle began the second half on the front foot, carving out space for Bakinson to try a shot that drifted wide.

Colchester bounced back and Canavan put the block on a Harriott shot moments after Robinson’s search for a hat-trick had been denied by Palmer. The double goalscorer then tried his luck from range but the ball went wide.

Argyle’s response was led by Moore, whose sharp cross to the near post found Jephcott stretching to try to toe the ball past Gerken.

Manager Ryan Lowe was not giving up, either, and Joel Grant’s introduction from the bench saw a tweak to 4-3-3, which gave Argyle a measure of late control.

Spurred on by a still loyal, loud and humorous Green Army, Mayor tried a curler that drifted wide before delivering a corner that Sarcevic flicked on from Taylor, who could not direct the ball on target.

Sarcevic then tried one from distance as Argyle sought to extend their scoring run to 11 games, but it was not to be.

However, the result, though disappointing, should not detract from the Pilgrims’ splendid recent form, which has seen them win eight of their last 11 matches, and keeps them well in the hunt for the League Two title, never mind promotion.