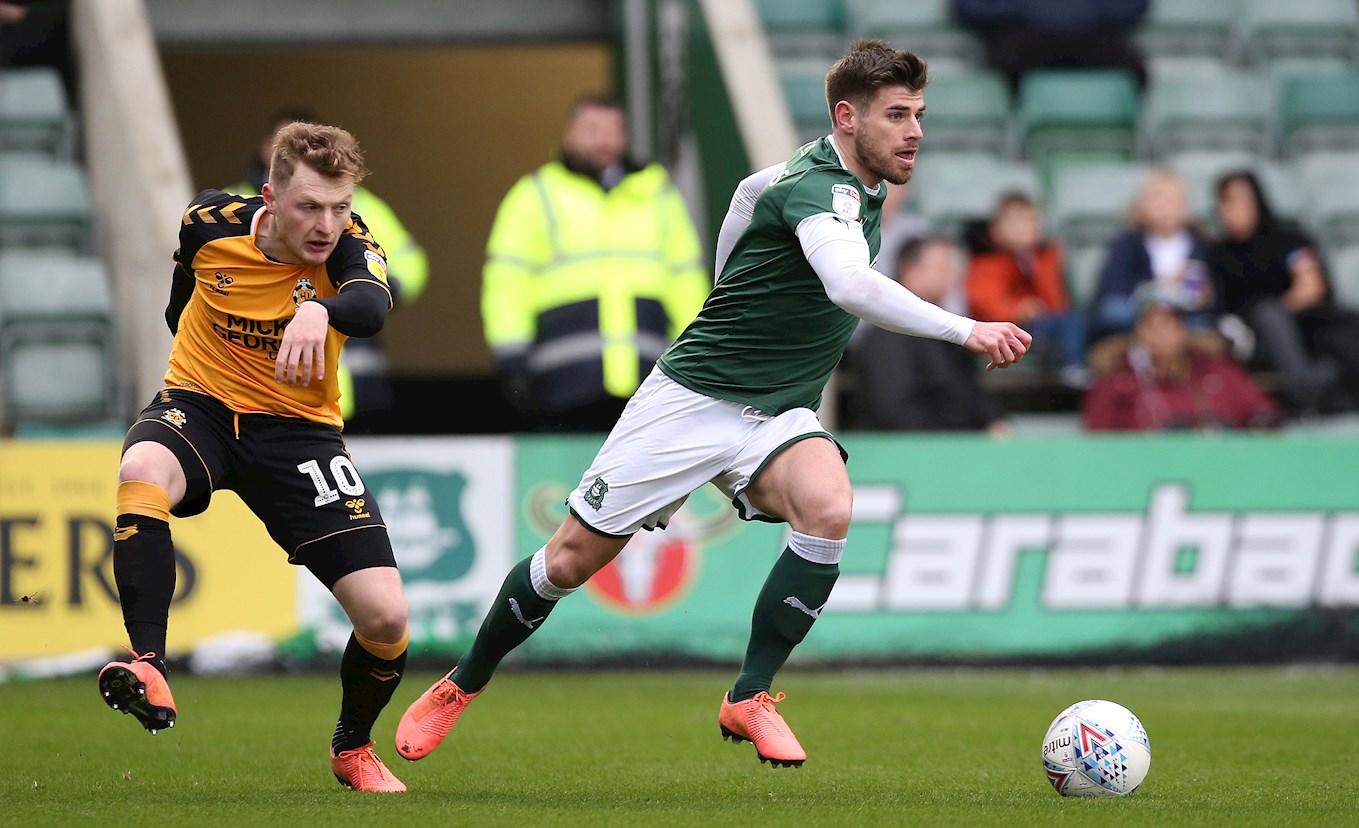 LOOKING ahead to the final stretch of the 2019-20 campaign, Argyle vice-captain Joe Edwards feels there is a lot of competition but the Greens are up for the fight.

The Pilgrims visit Bradford City in Sky Bet League Two tomorrow and the challenge is set to pick up enough points in these final dozen fixtures to secure promotion.

“It’s 12 massive games, so it’s still a long way in terms of that,” said Joe. “It’s exciting, it’s the business end of the season and the bit everyone looks forward to.

“There are some big games coming up, but it’s been a long season, plenty of games have gone, but whilst you’re fighting for something, it’s all worthwhile towards the end.

“There are a lot of good teams in this league this year, a lot of teams at the top are playing good football as well, so it’s nice to see those sides coming out on top a lot of the time.

“There is good quality, it’s going to be a real battle and they’re all in the same position as well, so they’re all looking over their shoulders at what we are doing as well.”

Our next match is away to Bradford City on Saturday and reflecting back on the home fixture was a good memory for Joe, having been the game where he bagged the winning goal.

“That was my last goal and I’m due a goal to be fair, so another one on Saturday would be nice,” he said.

“I’ve always enjoyed playing Bradford, it’s a great place to go and play there. We will travel in numbers like we always do, and it’ll be a fantastic atmosphere. The boys are looking forward to it, I am too, so it’ll be a good weekend.”

With the top half of the table being so close together, one win could put a team up two places, but a loss can also shoot them back down. That is why it’s vital for Argyle to pick up as many points as possible as the season draws to a close.

“It’s one of them, you know exactly where you are and what’s at stake,” said Joe. “It’s the old cliché of ‘each game as it comes’ and I know that sounds really boring, but it genuinely is.

“When the games come thick and fast, you don’t have time to think ‘who’s playing who’, you don’t realise what games are on. We’ve had a lot of games recently where we want to do as well as we can and after that, you’ll see where you are come the end.”