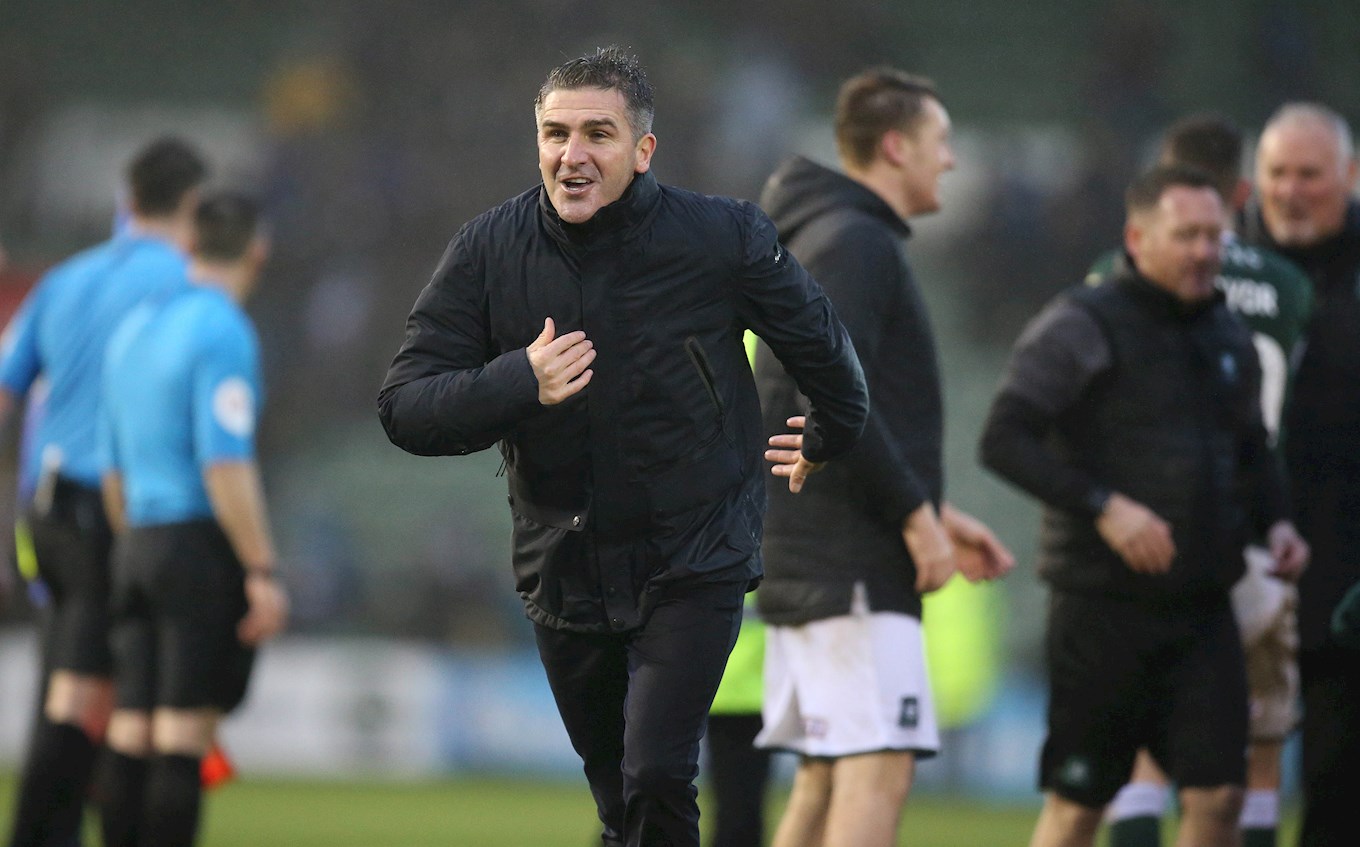 MANAGER Ryan Lowe has promised that his team will continue to strive for the consistency that has seen the Pilgrims mount a serious bid for automatic promotion from Sky Bet League Two in recent months.

Despite drawing their previous two fixtures, the Greens see themselves in a position of positivity, ready to keep the pressure on fellow promotion rivals. After an understandably inconsistent start to the season while a new team bedded in, Argyle have put together a run of just two losses in 12 matches since the start of the new decade.

Consistency has made automatic promotion a real possibility, but only consistency will see the possibility become a reality, and Ryan is the first person to tell you this.

“We kept asking for consistency," he said. “A while ago now, I said we needed to find a consistent balance and the league was inconsistent. I think now you can see it’s starting to level out a little bit.”

Evidence would tell you that it is easier to win games of football at home than away, but Argyle have been able to combine their home form with away success to propel themselves up the table in recent months.

“In terms of the away form it’s what we wanted - we wanted to make sure we got better,” said Ryan.

“It’s good. People always look for negatives in away form and that’s a motivation, to prove people wrong.

“We’re getting on the bus to anywhere now feeling confident, bubbly and playing the right way because we’ve got that confidence and consistent basis where we know, when we’re on the road, we’re going to places to try and pick points up.

“As for the home form, we wanted to make Home Park a bit of a fortress. We’ve only lost two games all season here, which, for me, tells a story in itself.

“We’ve just got to make sure we’re consistent in everything we do behind the scenes: the coaching staff; the players in the recovery stuff and the games we play. We’ve found a little bit of a solution with that so long may that continue.”