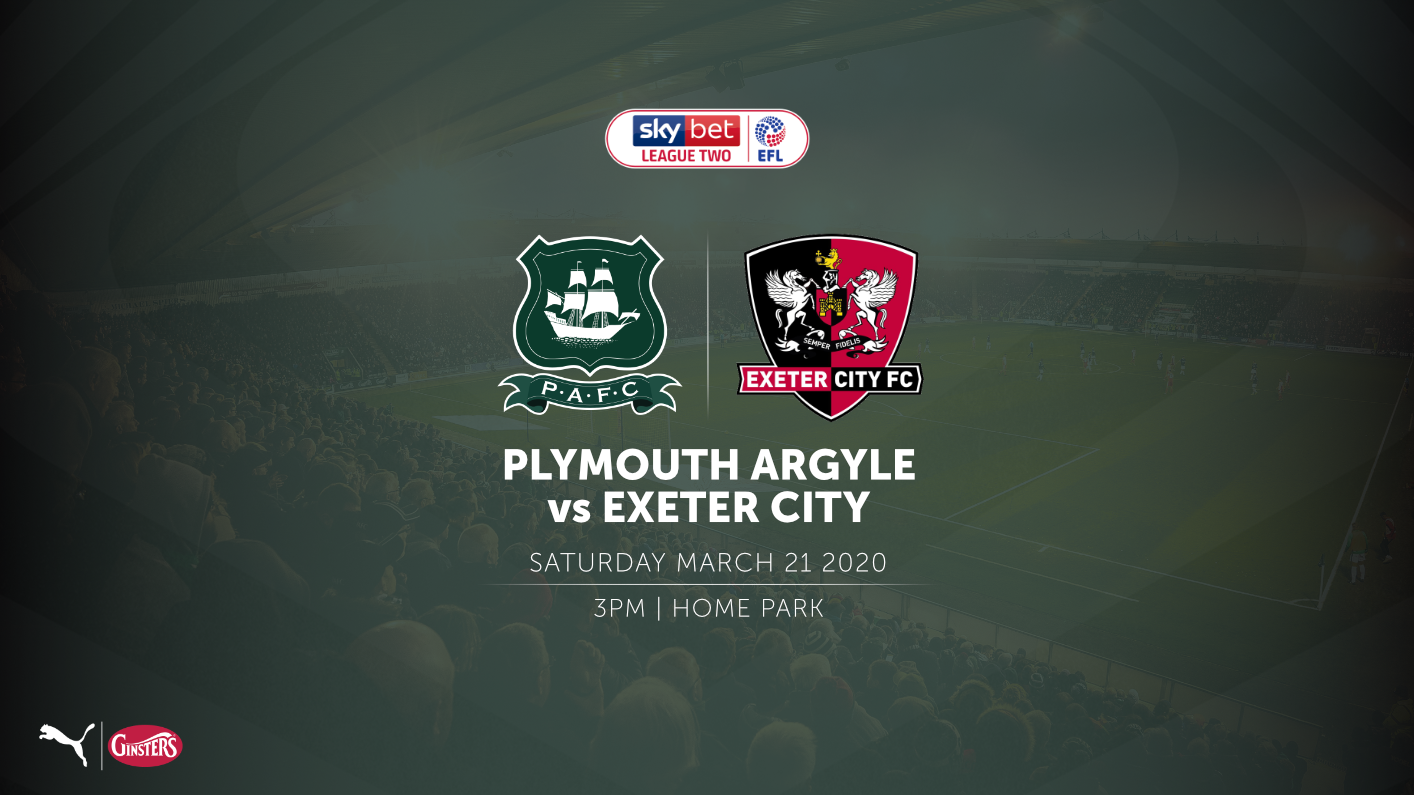 THE Westcountry’s match of the season is going worldwide.

Our crunch Sky Bet League Two game against Exeter City at Home Park Stadium next month has been selected by Sky Sports TV to be shown live around the globe.

Accordingly, the date of the match has been moved from Saturday, March 21 to Monday, March 23, with a 7.45pm kick-off.

The Devon Expressway Derby has always been a huge occasion in the Westcountry, but this season, with both sides in the division’s top four and pushing to win the title, interest in the game goes far beyond the south-west peninsula and will be beamed to a national and international audience.

It is a marvellous opportunity to showcase, not only Argyle manager Ryan Lowe’s exciting brand of attacking football, but also the magnificent new Mayflower Grandstand at the Theatre of Greens, which will provide an impressive backdrop for Sky’s pictures.

Tickets for the big game go on general sale on Monday, March 2, with Priority 1 Flexi-ticket holders and 1886 and Big Green Lottery Members able to claim their match ticket a week earlier, next Monday, February 24.

Flexi-ticket holders can each redeem one of their tickets, and 1886 and BGL Members buy one, before tickets go on general sale, relevant to the appropriate age concession at the time of purchase.

When tickets go on general sale, supporters will be limited to a maximum of four tickets per person and only if they appear on our database and were registered before January 31, 2020.

The exception to this will be in Block G of the lower tier of the Mayflower Grandstand, where there will be a limit of two tickets per person.

The Family Stand will be closed for the game. Season-Ticket holders will be contacted shortly and offered the opportunity to move elsewhere in the stadium.

Anyone who has purchased a Club Platinum hospitality package for the game and cannot make the rescheduled Monday night game can contact the Home Park Stadium commercial team to transfer their package to an alternative fixture (subject to availability) or to arrange a refund.

Priority 1: Flexi Ticket, 1886 & BGL – Monday, February 24 from 9.15am. One ticket per member relevant to the concession offered and the age of the supporter at the time.

Prices rise by £2 on match-day.

Concessions are Over-65 and Under-23. ID will be requested if deemed necessary.