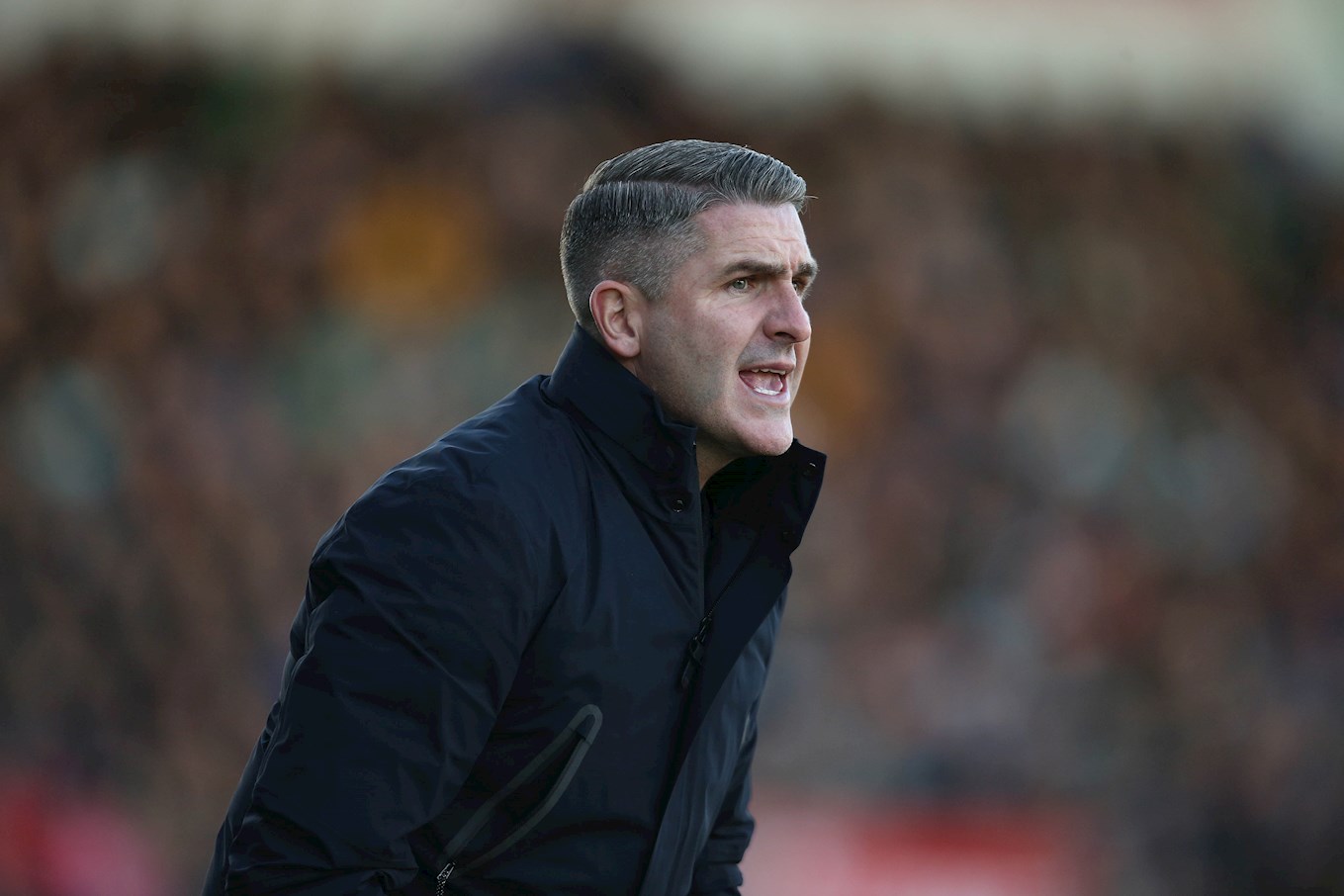 ARGYLE manager Ryan Lowe is looking ahead to our next opponents, as we host Newport County here at Home Park today, and our chance to earn three more points in the race for promotion from Sky Bet League Two.

Newport boss Michael Flynn is a familiar face to Lowe, as he has faced teams managed by him many times and has huge respect for his opposite number.

While the Exiles will naturally come with their own game-plan to combat the Pilgrims, Ryan will be sticking to the principles that have yielded great success for Argyle.

“Flynn is working off a tight budget up at Newport County, he always does, and he gets the best out of the players,” said Ryan. “He’s got some terrific players there already who score goals, especially [Pádraig] Amond and Jamille Matt, they’re a threat.

“They have got some good players and they put everything out on the pitch for their manager and they’re not going to be any different on Saturday afternoon at Home Park.

“I’ve played against Flynn’s teams loads of times. For one, he tries to lock his players on to our players and he plays percentage football at times, they’ll get down and play.

“We want to keep the ball in play and play a lot of good football, so we will certainly try and do that.

“[Newport] will come with whatever approach they think will benefit them, but it will be two teams trying to get three points.

“Flynn respects us for how we are, and we certainly respect them for what they are, so hopefully it’s an entertaining game. All we can worry about most of the time is us and, if we get our game right, hopefully we will be fine.”