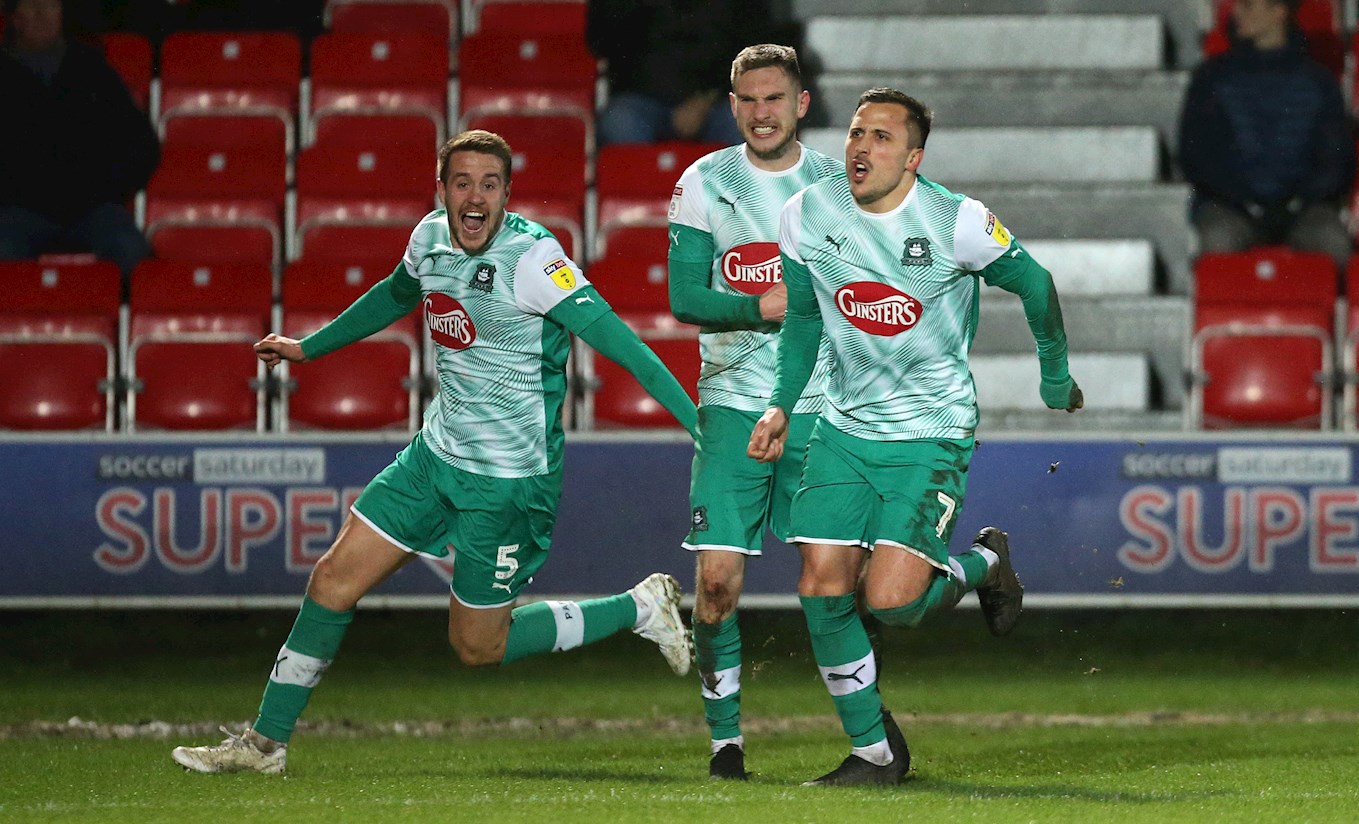 Fighting for the Green Army

YET another amazing turnout from the Green Army, over 1,000 Pilgrims on a freezing Tuesday night and five hours from home, was the backdrop to a thrilling win at Salford City for Argyle.

After twice leading through Byron Moore and a stunner from Antoni Sarcevic, Salford twice pegged us back but substitute Ryan Hardie had the final word with a brilliant winner in stoppage-time.

It was three valuable points in Sky Bet League Two and a win based on fighting spirit, perfectly displayed by an inspirational midfield display from Sarce in his hometown.

“He is a Manchester lad and had about 20 of his family here, which gave him that little buzz and that urge,” said manager Ryan Lowe.

“Ultimately, they’re fighting for the Green Army and I heard a couple of them say [before the game], ‘look at the fans we’ve got here today boys, we’ve got to send them home smiling’. They’ve had a five-hour trip and some of them are back at work this morning.

“It is special and that’s why they travel in their numbers. Even when they [Salford] scored the equaliser, our fans are just ready to kick-on with their songs and there was a bit of banter between both sets of fans in the songs.

“Our fans just rally you through and when you’ve got fans like that, it’s very good.”