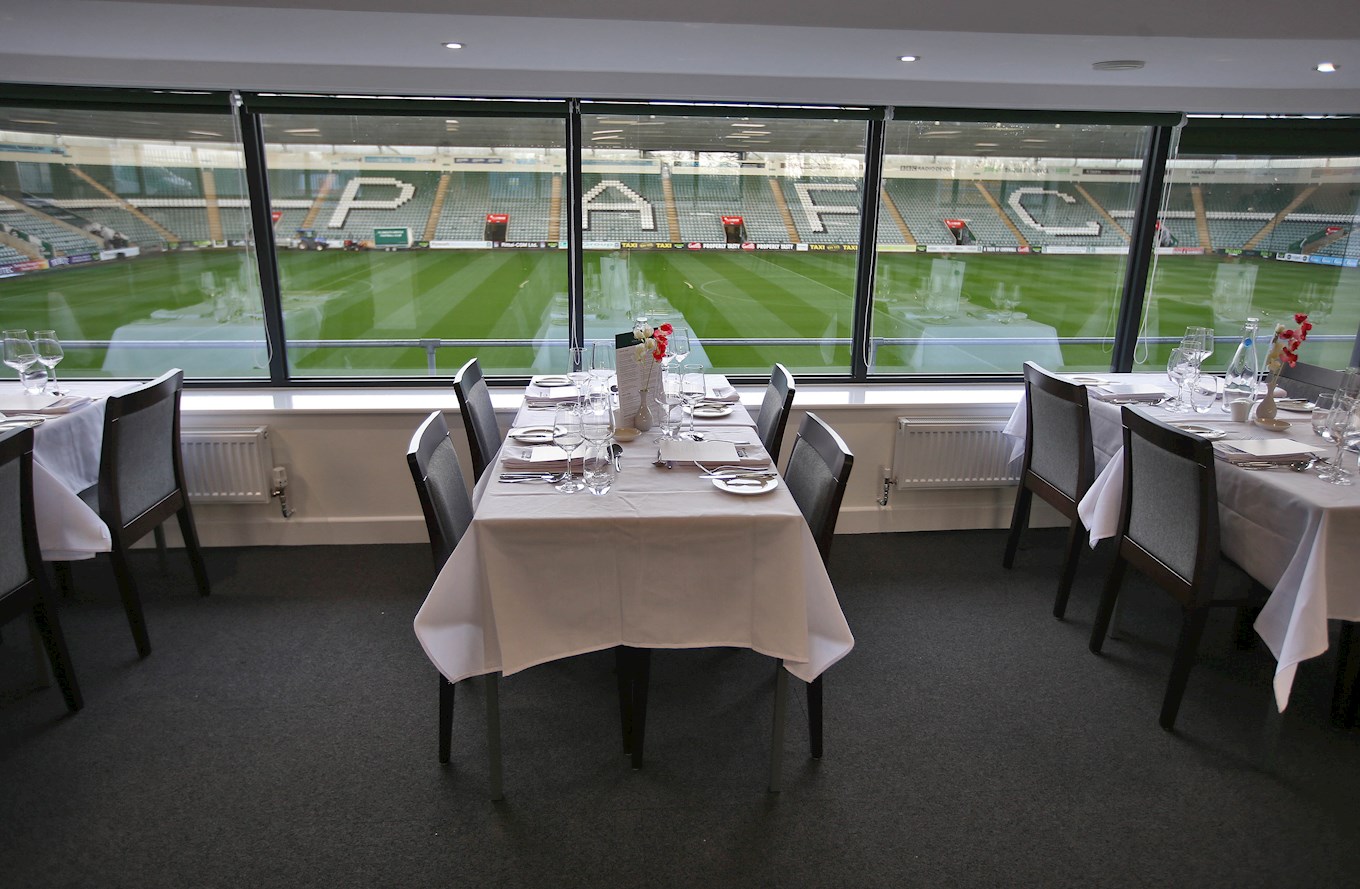 ARGYLE would like to remind the Green Army there are only a limited number of Hospitality packages available for remaining home fixtures as the Sky Bet League Two season enters March.

We have been overwhelmed by the fantastic initial response to Club Argyle since the full opening of the Mayflower Grandstand and we want to see a packed house for every game as the Pilgrims go in search of thrilling promotion push.

The game against Forest Green Rovers on April 4 is sold out, as is the visit of Port Vale in our final game of the regular season on April 25 but places remain for our next game at the Theatre of Greens, the rearranged fixture against Grimsby Town on Tuesday, March 3. There are 14 spaces available in the Club Platinum Lounge and 30 remain in the Captains Hospitality.

On Saturday, March 7, there are only six spaces available in the Captain’s Hospitality as Macclesfield Town come to Home Park. We also have 12 spaces remaining in the Club Platinum Lounge for the Devon Derby against Exeter City on Monday, March 23, a mouth-watering clash not to be missed.

Finally, when Northampton town arrive in Britain’s Ocean City on Easter Monday, April 13, currently only 24 places are up for grabs in the Captain’s Hospitality.

Enjoy the climax to an enthralling season in Sky Bet League Two with the ultimate Home Park luxury. Contact us on commercial@pafc.co.uk or call 01752 302204.