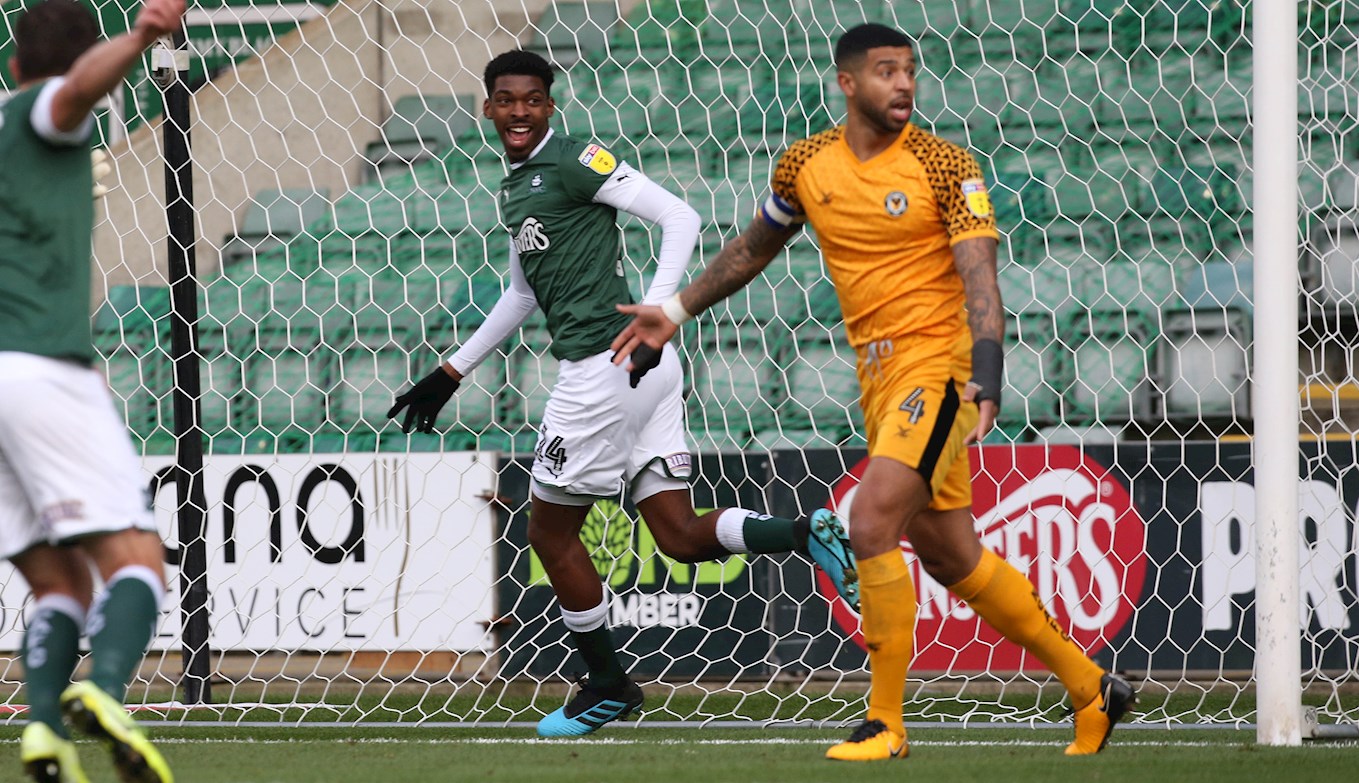 Flying in from Everywhere

THE winning goal from Tyreeq Bakinson against Newport County last weekend increased the Pilgrim goal count to 19 players this season.

Tyreeq scored the only goal after just five minutes to extend Argyle’s unbeaten run in Sky Bet League Two to six games and the challenge to continue that sequence takes us to Colchester this weekend.

The Newport moment came from a set-piece move and another fine delivery from George Cooper, as the Greens reap the reward of hard work on the training ground.

“If you want to score, you’ll get the opportunity to score,” said manager Ryan Lowe. “Our lads are certainly doing that, not just resting on their laurels.

“They’re all wanting to get a piece of the action, which is always nice and to have 19 different goalscorers is very pleasing.

“I don’t know how many goals we’ve scored from set-plays but it is pleasing. One: the lads are doing what you ask them to do, and two: you’re working out flaws in the opposition, and three: it show we’re doing the work to create these goals.

“When you’ve got someone like Coops and quality players who can put the ball in those areas, and players to get on the end of them, it’s always pleasing.

“Sometimes, it’s long hours on set-plays and you simply have to do them. When you walk through them, me and the staff don’t go until it’s right. It could take 20 minutes, it could take two minutes.

“We make sure we work on them, we drum it into them and when it comes off, it’s very pleasing.”