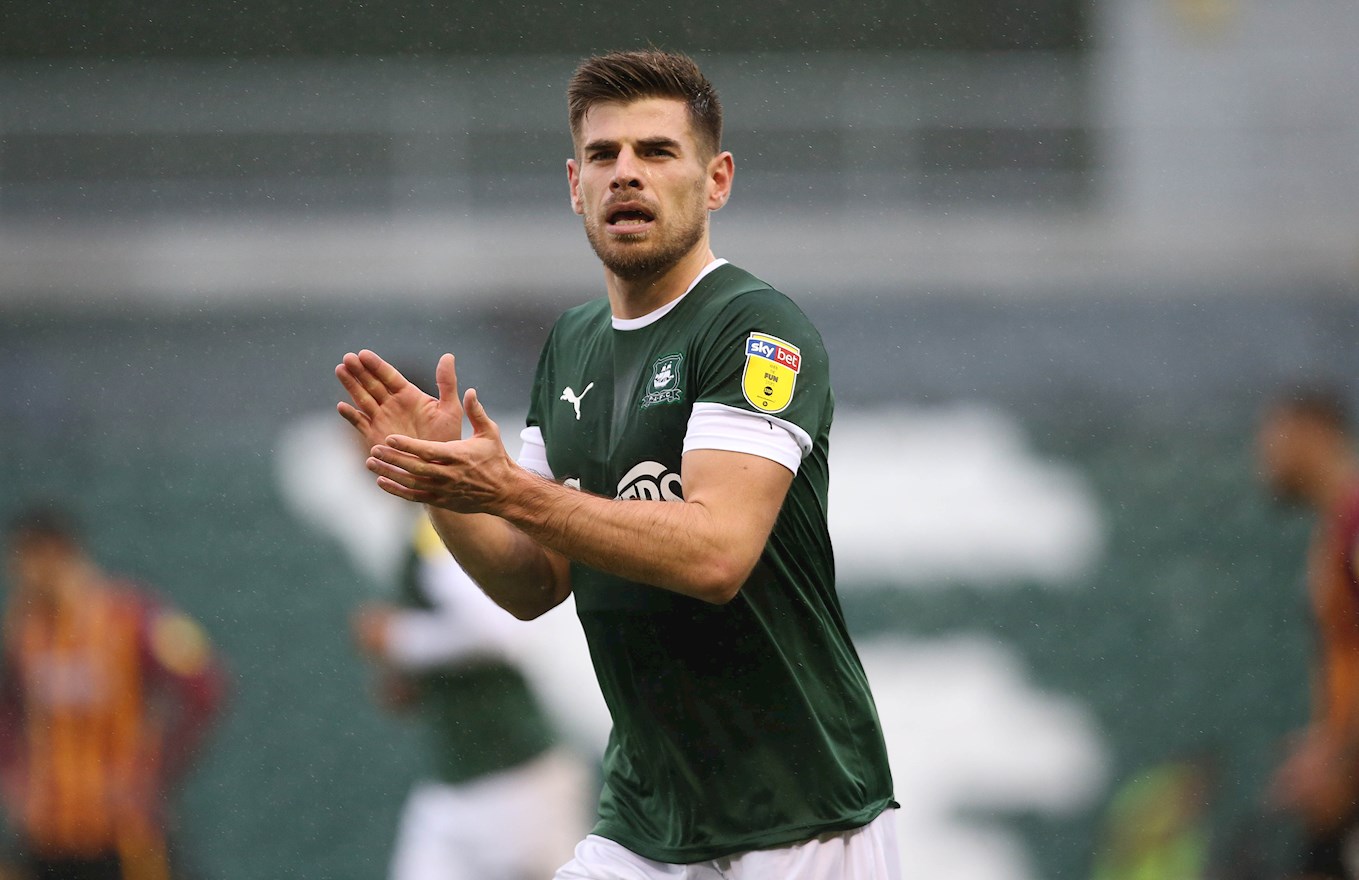 FOLLOWING an intense couple of weekends with games flying at the squad quickly, this week has been an opportunity for all the players to cool down and recover.

There have been five games over the past two weeks, with two of them being Tuesday night fixtures, away from home, and both over five hours away.

Reflecting on the difficulties the lads have all faced, Joe Edwards emphasises the importance of a free week and the recovery process ahead of Saturday’s trip to Bradford in Sky Bet League Two.

“The previous two weeks have been really intense with two really long away trips,” he said. “We have spent a lot of time together; I’ve spent more time with Danny Mayor in a room than my missus, I think.

“It’s good to get a break but it has been a tough couple of weeks. A free week just allows you to regather everything, train well and work on stuff that we need to work on, get a bit of extra time on the training field, ready to go again.

“[Regrouping mentally] is probably more [important] at this stage of the season than physically. You’re in a routine of playing games and you’re fit, so that kind of comes naturally but sometimes you’ve got to refresh your mind and your mental state and that’s what we have done this week.”

Our most recent game again Cambridge saw our first 0-0 result of the season, but the performance was still impressive from Argyle, despite not capitalising on chances created and securing another three points.

“It wasn’t for the lack of effort,” Joe said. “We had plenty of efforts on goal, on another day we probably would’ve scored a couple of them.

“It’s the time of the year when we need wins, so we do come away from the games thinking ‘what if’ but they [Cambridge] stuck to their game plan, they did well with what they wanted to do, so it was a clean sheet which we haven’t had recently - looking at the positives.

“It’s a clean sheet we can build on and most games you fancy yourself to score, so if we can keep a clean sheet then we’re off on a win.”

On a more personal note, manager Ryan Lowe has moved Joe around on the pitch into different positions where he’s quickly adapted and posed a threat for the opposition.

“I enjoy playing,” Joe said. “I’m lucky enough that the gaffer has selected me in most games and I’ve tried repaying his faith by performing in each position he’s put me in.

“I’ve always said as long as I’m playing and doing well for the team, I’m happy playing everywhere. I’ve played a little more recently at right wing-back, which has been good and has allowed me to get in the box more.

“I’m really enjoying it, we are playing good football. It’s a great time to be at this club and be part of the team.”