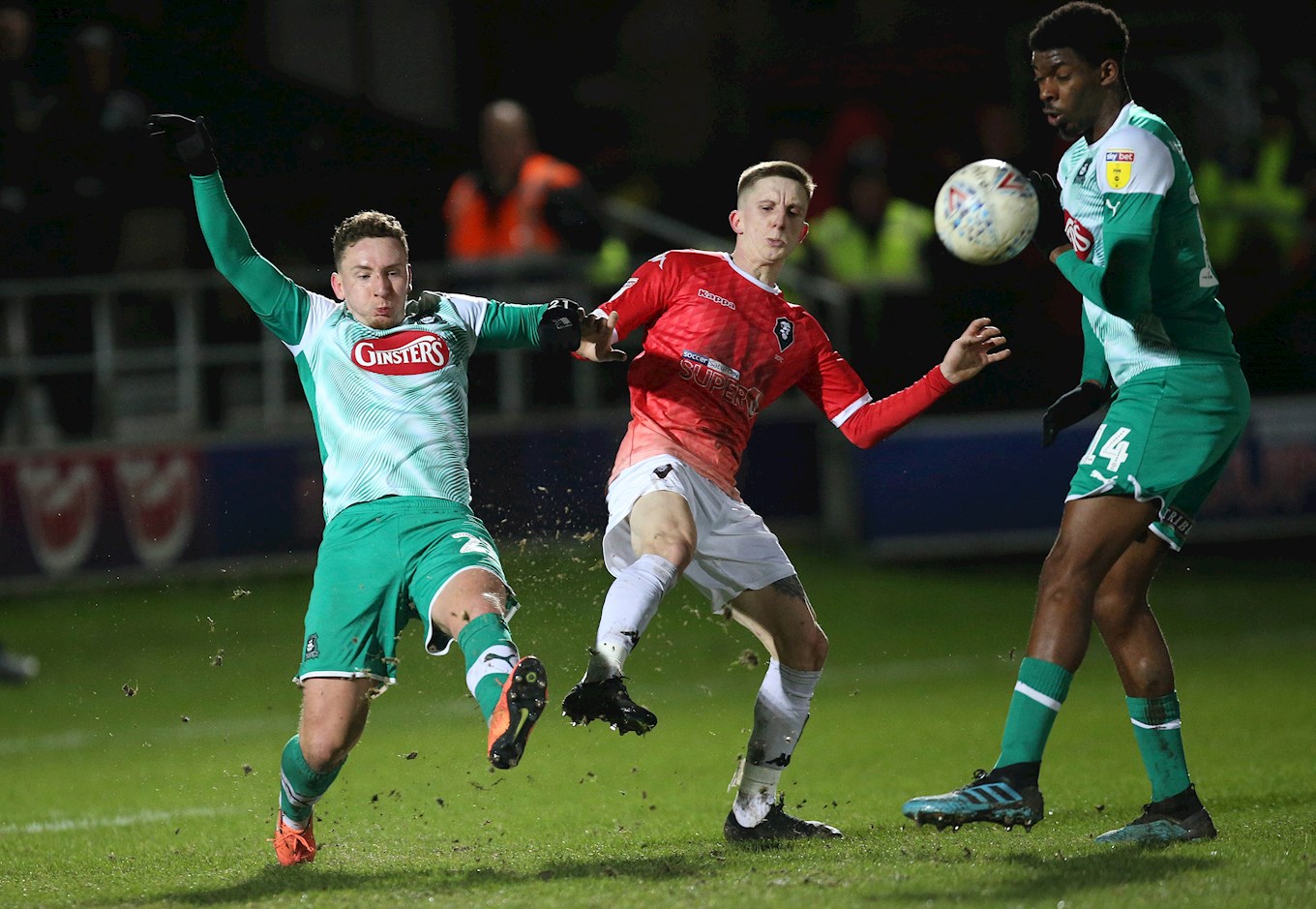 THE performance of Callum McFadzean at left centre-back in the midweek win over Salford City was one of many highlights from a thrilling game in Sky Bet League Two.

Fadz has endured a frustrating couple of months on the sidelines through injury but, after completing 45 minutes at Colchester on the weekend, he replaced Josh Grant in a slightly unfamiliar role for a player who has spent much of his Pilgrim career at wing-back.

After working hard with physio Dave Galley, Fadz looked very sharp at Salford and is now recovering in time for the visit of Crewe Alexandra on Saturday.

“The fitness programme we have put in now and Dave’s pre-activation stuff that has been put in means you’ve got to go through the right protocol to be ready,” said manager Ryan Lowe.

“It is testament to Fadz because he’s grafted hard for the last six weeks and it showed on Tuesday night that he’s fully fit.

“We had to make sure he recovered fully yesterday, but in terms of his full fitness, he is where he should be after having a long lay-off. He’s brought into everything Dave and [head of fitness and conditioning] John [Lucas] have asked him to do, hence why he’s fully fit.

“There was no hesitation [playing him at left centre-back]. It’s not Josh’s position and when he played there against Colchester, he obviously wants to play either in the centre, on the right or in midfield.

“He [Josh] will get the opportunities in those positions and Josh has filled in at left centre-back a few times for us and hasn’t shied away from it. He doesn’t like that position but he puffs his chest out to do a job for the team.

“We felt with Fadz coming back, he’s played there before and being left-sided gives us balance, so he would be fine in there.”