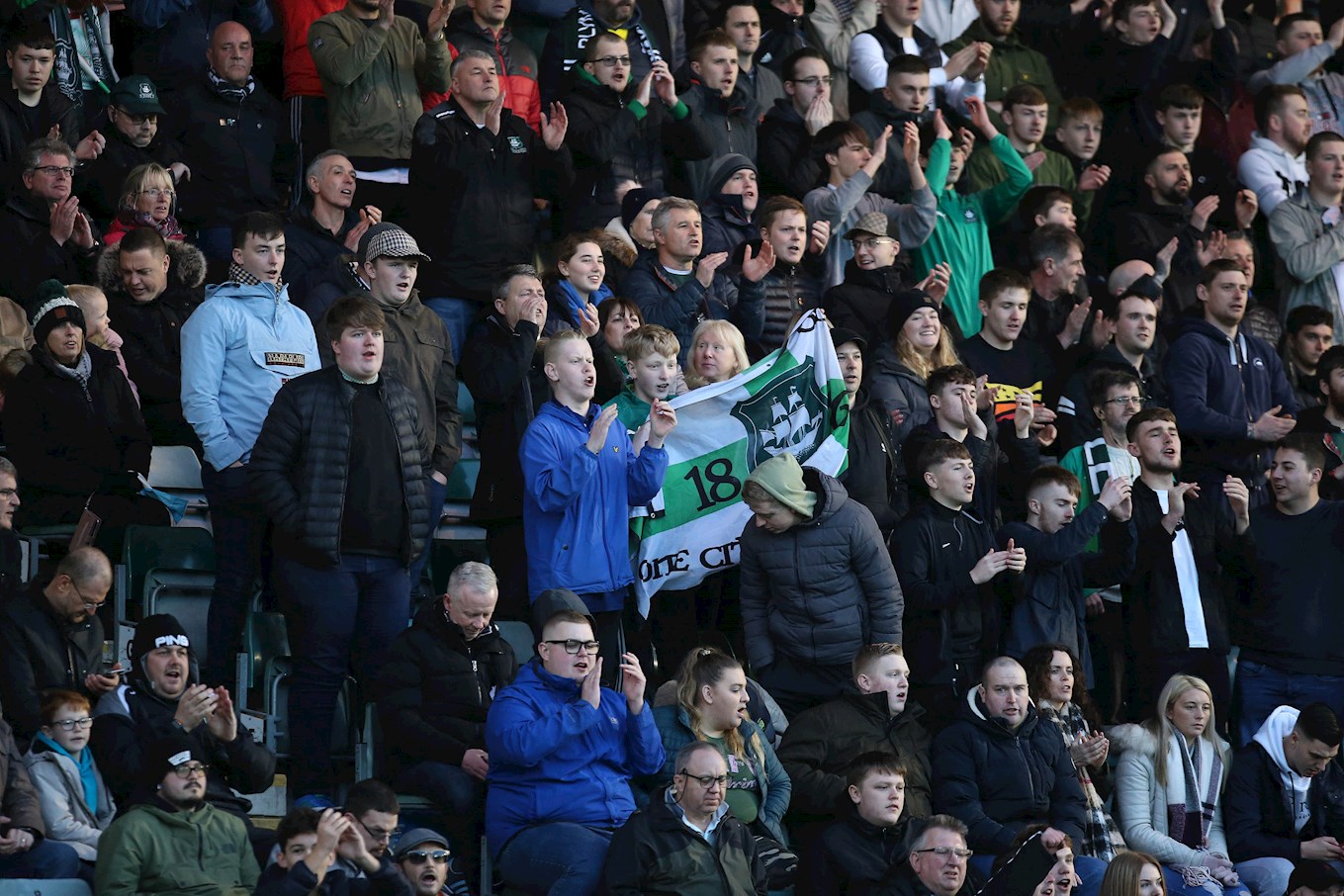 AFTER Argyle’s 1-0 victory over Newport County in Sky Bet League Two, manager Ryan Lowe expressed his admiration for the Green Army and how they played their part in the all-important win that took the Pilgrims back into the automatic promotion places.

“They [the Green Army] were excellent, although I may have got a bit carried away myself,” he said. “I was just trying to gee them all up because it’s a buzz for me and, of course, for the players.

“When they bring the boys through like that, to be fair to them, they were brilliant all game – credit to the Green Army because they drove the lads on.

“We could certainly hear them. We need and want their support.

“The Green Army believe and we have to keep making them believe. When they got behind us [against Newport], to drive us through was fantastic. That’s what we want and that’s what they are going to give us. Fair play to them. They will be there for us, I know they will. The town is bouncing but there is a long way to go.

“We are in a fantastic position but we want to concentrate on ourselves. We look on to Colchester United away next Saturday now.”