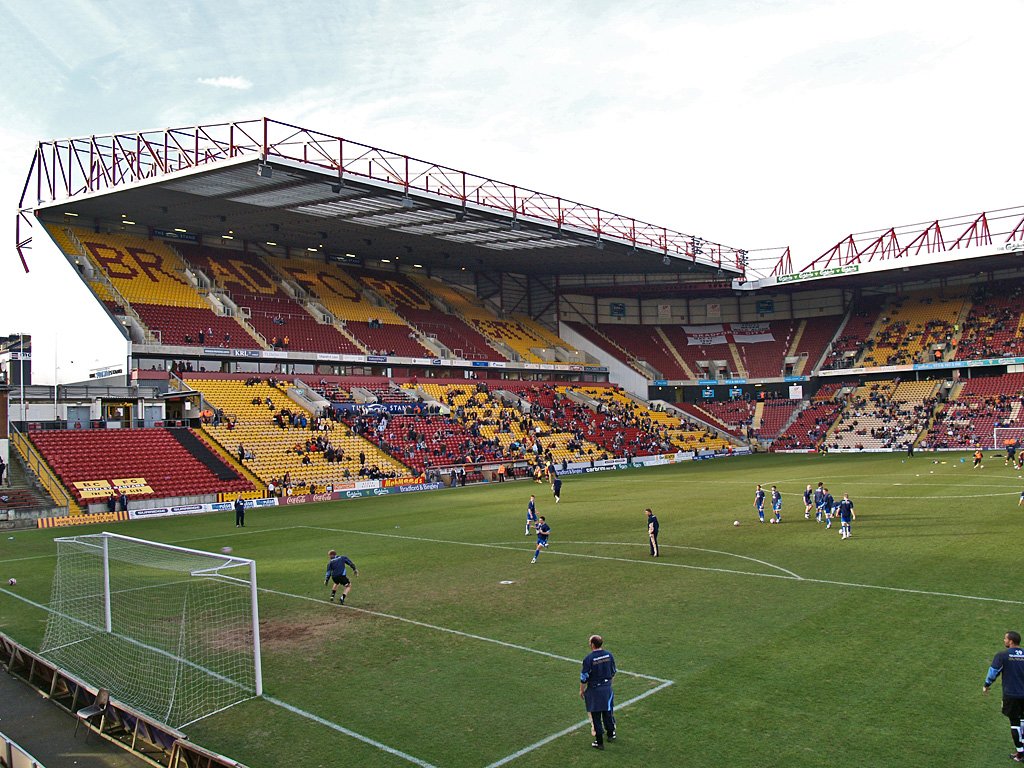 Situated almost in the heart of Bradford, there is a 650-mile round trip from Home Park, with an approximate journey time of around five-and-a-half hours by car, each way.

The Kop End is a modern two-tiered stand which was opened in 1999 and has a capacity of 7,492 fans. A year later, the stand was extended around one corner to meet the Main Stand that is of a similar height and design.

The Midland Road Stand on one side is a covered single tiered stand with a capacity of 4,500 and is free of supporting pillars. At the opposite end is the TL Dallas stand which is a small 'double-decker' type stand. This stand has the upper tier largely overhanging the lower tier, giving this 'double-decker' effect. Away fans are housed in the TL Dallas Stand where 1,840 fans can be accommodated.

Valley Parade suffered a terrible tragedy in May 1985, when a fire claimed the lives of 56 people during a Division Three game with Lincoln City.

Club mascot Billy Bantam, the chicken, takes his name from the club nickname ‘The Bantams’.

There are food and drink facilities both inside and outside the ground, with a kiosk behind that stand offering refreshments.

Only of a couple of minutes away from the ground is the Bradford Arms which accepts away supporters, otherwise there is the Cartwright Hotel or the Corn Dolly which are both 10 minutes away. Alcohol is not sold to away fans in the TL Dallas Stand.

There is mostly only street parking available around the ground. There is also the option of renting a private driveway near in the local area via www.YourParkingSpace.co.uk