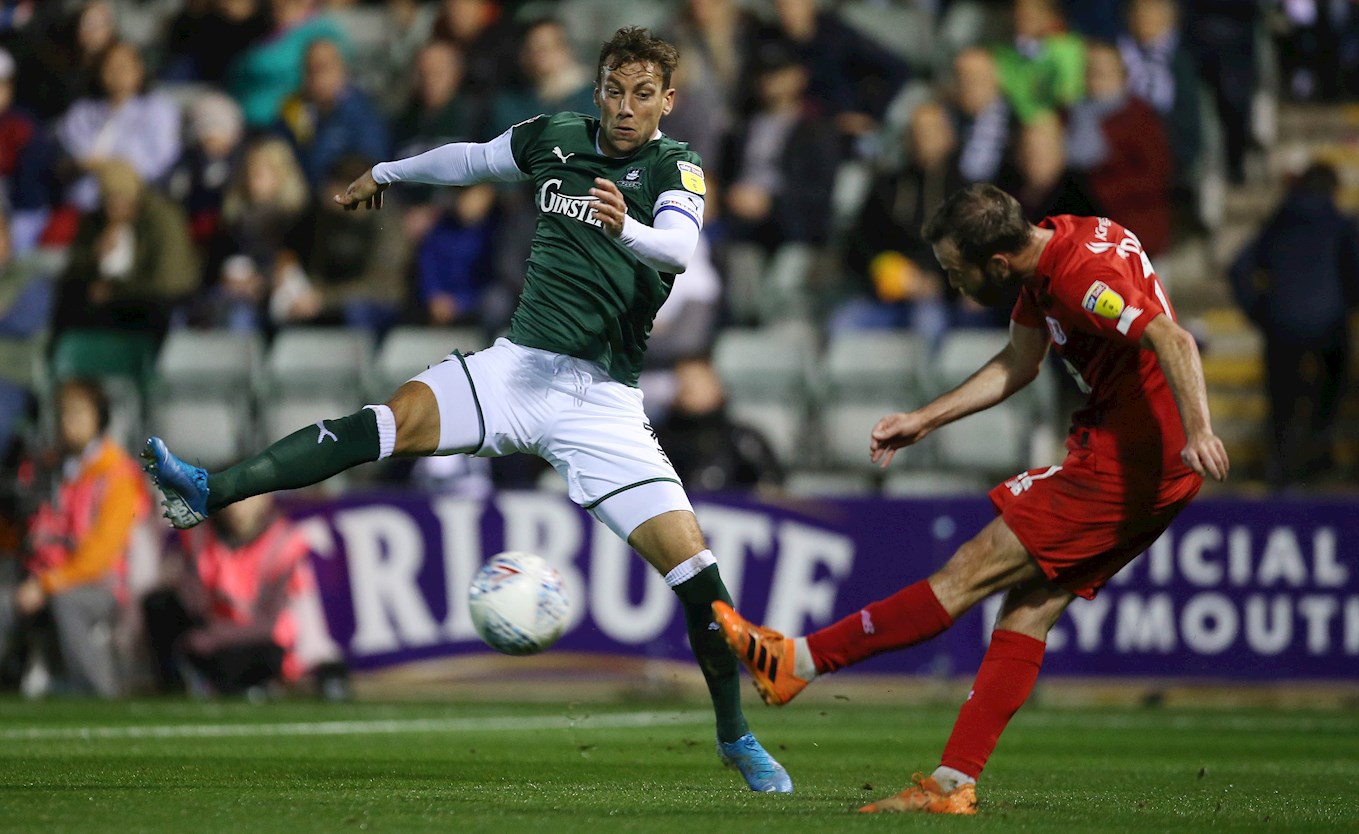 ARGYLE skipper Gary Sawyer was delighted to be back amongst the action at Moss Rose on Tuesday evening, when he was involved from the outset, playing out a 1-1 draw against a well-drilled Macclesfield Town.

Gary returned to the starting 11 after completing a three-game suspension following his red card in the 1-0 home win against Newport County on February 1.

He said: “It was the first time I’ve been shown a straight red card, so to miss three games for that reason is obviously frustrating for myself, but I was lucky with how it fell.

“With it being a Saturday, Tuesday, Saturday and having a game on the following Tuesday, so it was only like missing a week and you miss that sometimes through illness. I felt good in myself with my legs, obviously at my age, you need to get yourself back round quickly, so it was good.”

As we enter the business end of the campaign, Gary emphasised the importance of our home form if we are to have a successful end to the Sky Bet League Two season, starting with an in-form Cambridge United at the Theatre of Greens who have won their last four matches, the first of eight remaining home fixtures.

He said: “It’s [Home Park] a massive place and you know if you get your home form right, you’ve got a great chance, and if we get it right until the end of the season with however many games, we’ve got remaining it’s going to be massive for us in the running.

“You need to know where we’re sitting. We’re against [our rivals] at the minute, so we have to look where they are but we have to do our job first. Unfortunately, we couldn’t get the full three points we wanted the other day, but we’re not going to win every game and, if we can limit the losses between now and the end of the season, that will be massive for us.”