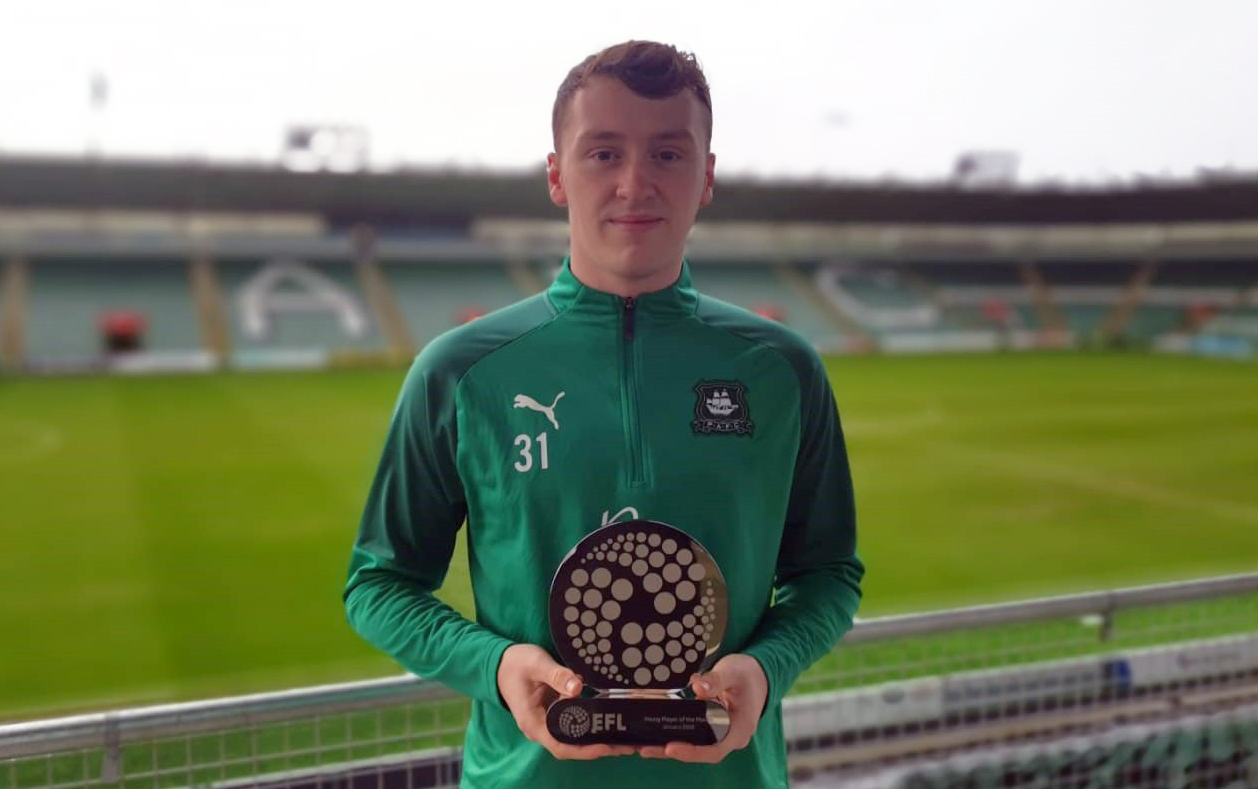 LUKE Jephcott has completed a superb January hat-trick, having won the prestigious EFL Young Player of the Month award.

It is 'Jephers' third award following his Sky Bet and PFA Bristol Street Motors awards for the League Two Player of the Month.

The young forward has had an impressive start to 2020 after having been recalled from his loan spell at Truro City. Since settling back into life at Home Park, he has certainly grasped the opportunity afforded to him, scoring five goals.

Four of those goals came in the form of two successive braces, firstly away to Scunthorpe on January 4, netting his first professional goals in a 3-1 win. He then repeated the feat seven days later at Carlisle’s Brunton Park in another heavy away win.

He rounded off the month with his first on home soil, a bullet header after coming off the bench against Crawley Town.

“It’s a bit surreal really, it’s the first time I’ve ever won something as big as this," said Luke. "I’m grateful to all the fans that voted, obviously my teammates who helped me get this award and the staff here."