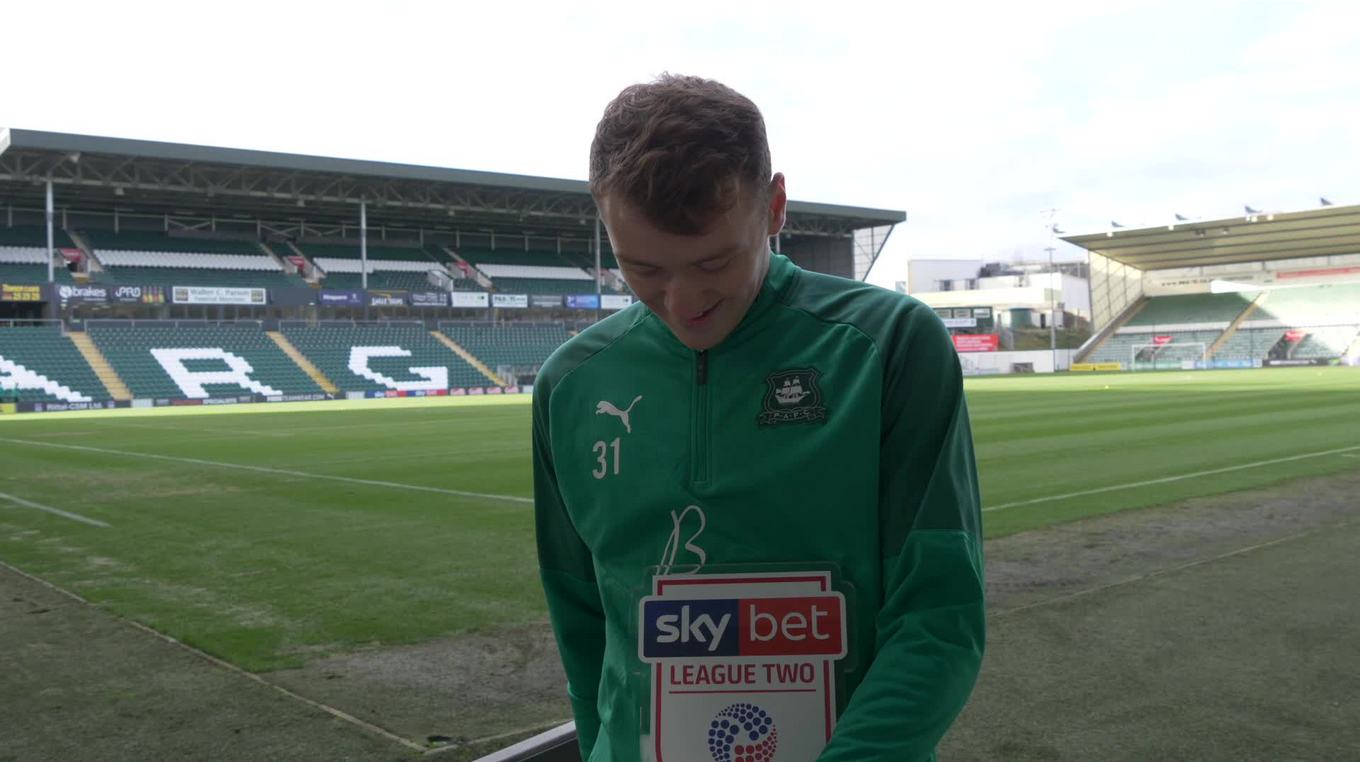 IT has been quite a start to 2020 for young Luke Jephcott.

The Academy graduate won the Sky Bet League Two Player of the Month award for January - having been recalled from a loan at non-league level in the same month.

The twenty-year-old spent the first half of the 2019-20 season on loan at Southern League Premier South side, Truro City - scoring 12 goals to earn a recall by Argyle manager Ryan Lowe.

Having barely returned to the Pilgrims' fold, Luke found himself in the starting eleven for the long trip to Scunthorpe United - a game which will live long in the memory of the Welsh youth international, as he bagged his first two professional goals in a 3-1 win at the Sands Venue Stadium.

Since then, he has had regular appearances in the team and notched a further three league goals.

“I feel personally I have come a long way in this month,” Luke said, “and I’ve been confident on the pitch.

“The gaffer [Ryan Lowe] is helping me get more confident by putting me in the team, it’s an unbelievable feeling to win this award.

“I am going to use this as a stepping stone to really kick on in the second half of the season, hopefully get a couple more goals, and ultimately get promotion.”

Luke faced significant, and experienced, competition for the award in the form of Ollie Palmer, who netted a brace of his own for Crawley Town at Home Park during January, and Northampton Town's Nicky Adams, who tasted success as this level with Ryan Lowe's Bury last season.

“I was surprised when I got nominated to be fair,” Luke continued. “All the other candidates were strong, I didn’t think I was going to win this award personally, but it was a shock when I did.”