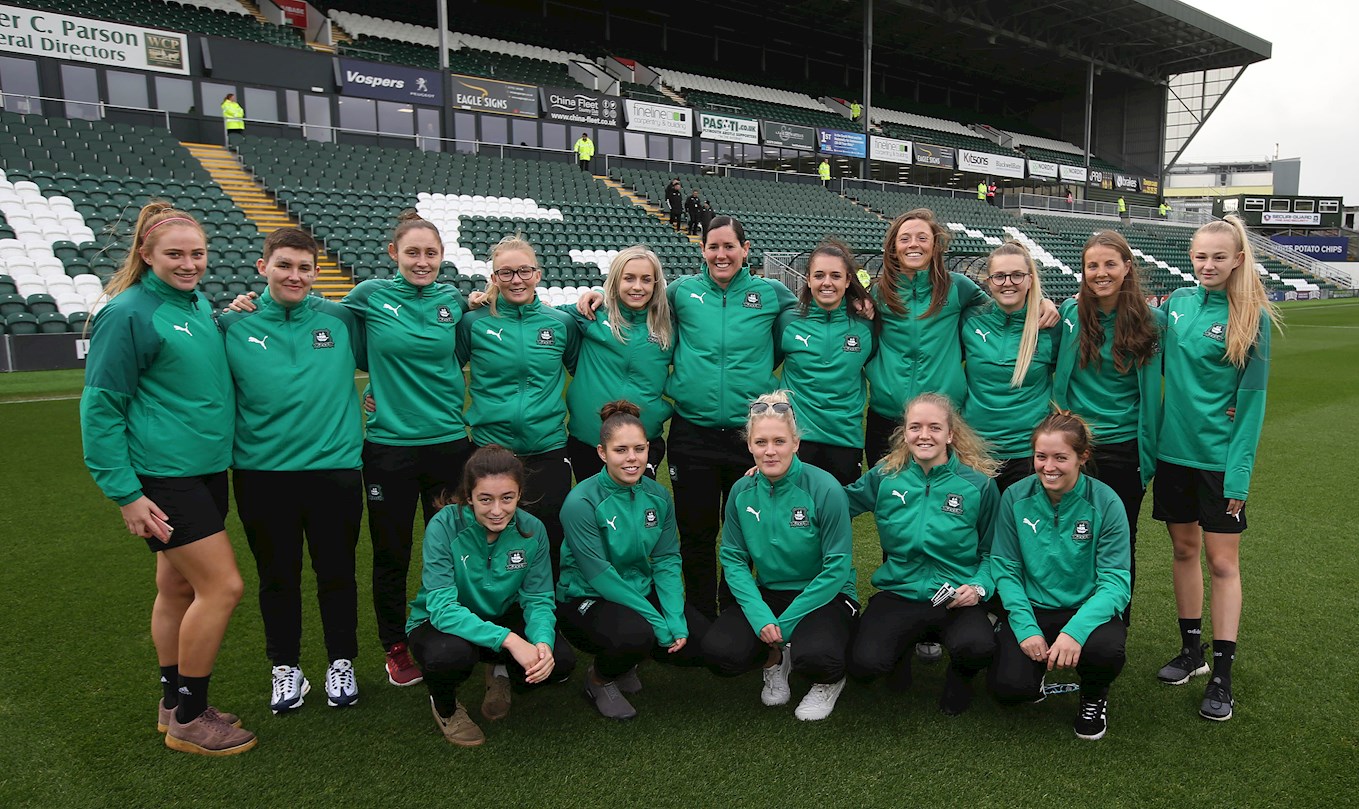 Ladies Looking Back and Forward

THERE are less than three months to go in the campaign for Argyle Ladies and a good time to look back on the season of highs and lows.

The highs being reaching the Devon Senior Cup Final searching for their 14th title and the excellent run to reach the semi-final of the National Premier League Plate competition where they await the winners of the tie between Bolton Wanderers and West Bromwich Albion.

It wasn't the best of starts, a 2-0 league defeat at the hands of Crawley, It looked even worse when going down 4-3 at Devon opponents Exeter City in the National League Cup.

It is easy to understate the loss of key players within a three-week spell but the management team under Dave Leonard have responded well with a number of players stepping up to fill the breach. This has meant youngsters being brought into the first-team, while other players have been given their opportunity to fill the gap.

Lucy Solloway, Beth Everson, Nicola Chapman, Dee Newman, Nelinha Barros and Libby Lawton (a day after her 16th birthday) have all stepped up from the Development team. Steph Beck and Ebony Dover have worked tirelessly in midfield, along with Leah Burridge returning to her more favoured role after filling in at right-back.

The signing of quality defenders Lydia Huntley and Bow Jackson has bolstered the backline to play alongside evergreen captain Kate Middleton and Mollie Taylor. The return of goalkeeper Ben Kyle following a long-term injury was also a bonus.

Teenager Beth Everson has been given an extended run while the impressive Helen Bleazard has shown her all-round adaptability. Add to that the scoring prowess of striker Natasha Knapman who currently leads the league goal scoring charts and the return of long-term absentee Greece Under-20 international Panagiota Papaioannou, the future looks bright.

The Development team under manager Rob Bonney have also had a remarkable season. The huge turnover of players at the end of the season meant Bonney and his management team had to be patient as the youngsters settled in.

It was no surprise that they lost their opening three games but the youngsters, despite suffering a catalogue of injuries and first-team call-ups, currently head the South West League Western Division after winning their next nine league and cup games.

The team missed out on promotion due to FA rules last year but if they win the league this season, they will gain promotion. This is vital for the club as the transition for the younger players into the first-team will not be such a big step.

The Development team face a tough League Cup quarter-final tie against Bristol Ladies Union at the Manadon Hub on Sunday, so come along and watch the future of the club – kick-off 2pm.