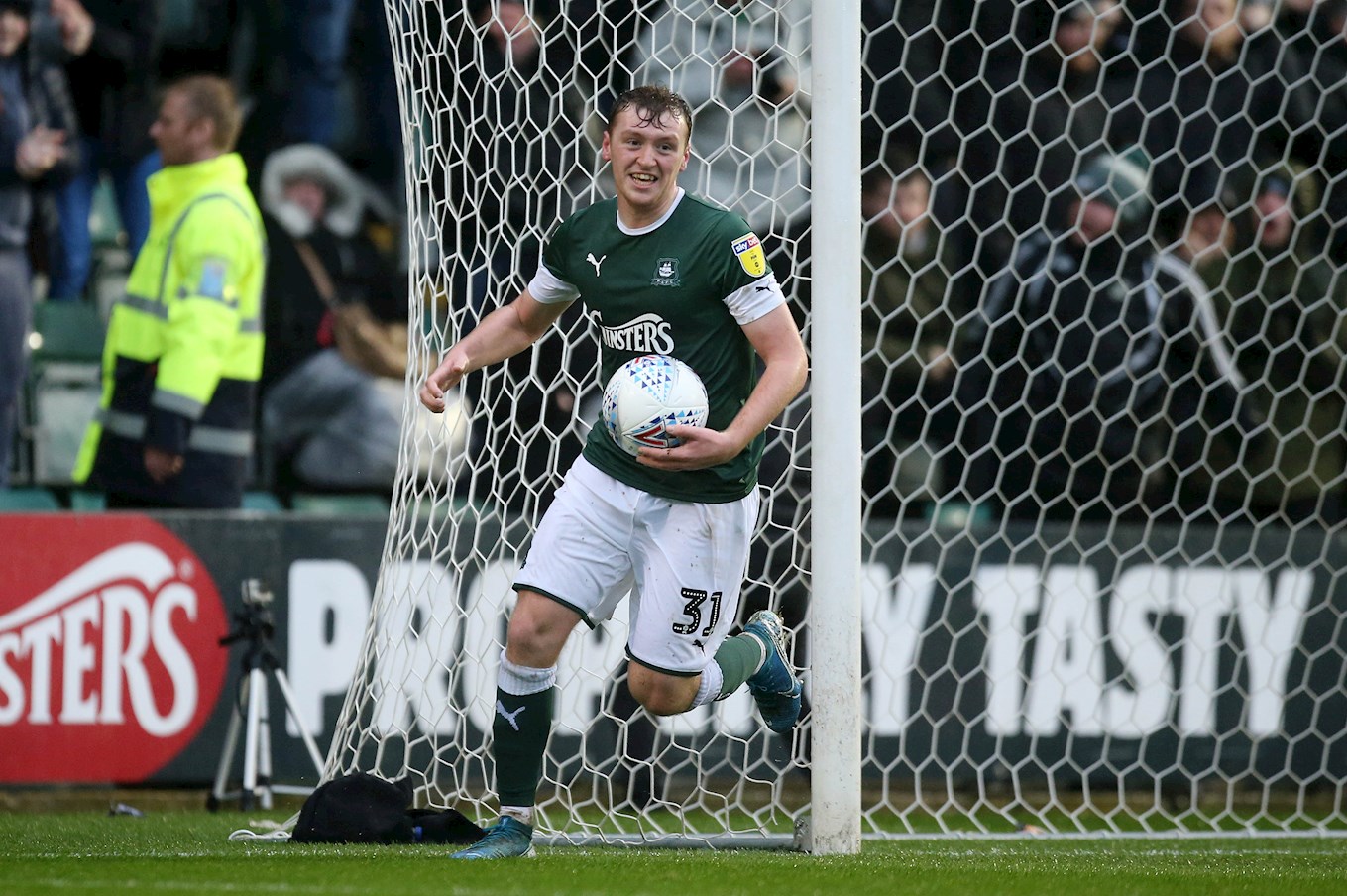 LUKE Jephcott is living the dream.

After a January in which the 20-year-old striker picked up three player-of-the-month awards, he added a first ever goal in front of Home Park Stadium’s iconic Devonport end to set Argyle on their way to a 2-1 victory over Sky Bet League Two promotion rivals Crewe Alexandra.

“I’ve always dreamed of that, coming through the ranks, scoring in front of that Devonport end,” said Luke, who has netted six goals in nine matches since returning from a loan at non-league Truro City at the turn of the year.

Byron Moore provided the ammunition with a pinpoint assist as the strike pair again showed a great understanding.

Luke said: “I get told to get in the box and that’s what I did. Thankfully, Byron put in a great cross and I was there to put it away.

“He’s got the ball; he’s put it in a great area; and my movement got me there.

“Most of my goals have been from crosses. The boys will put the ball in and I’ve got myself in those areas and scored.

“I get told before every game, about five or six times ‘Just get in the box and the ball will come in’. And it’s showed that it will.”

Storm Dennis’s arrival in the Westcountry made for difficult playing conditions – and came to Luke’s assistance for the first goal as he waited for Byron’s delivery.

“I think it caught in the wind,” he said. “I think I jumped a bit early – but I was happy that it landed on my head.

“The lads showed great spirit today in tough conditions. We went 1-0 down but I thought we reacted really well.

“We got up the pitch, got the first, kicked on from there and then held out well. The boys showed good character to get the second goal and see the game out.

“It wasn’t one of the nicest days for it, but it was the same for both teams and it was a good game. I thought we did well in the conditions.”