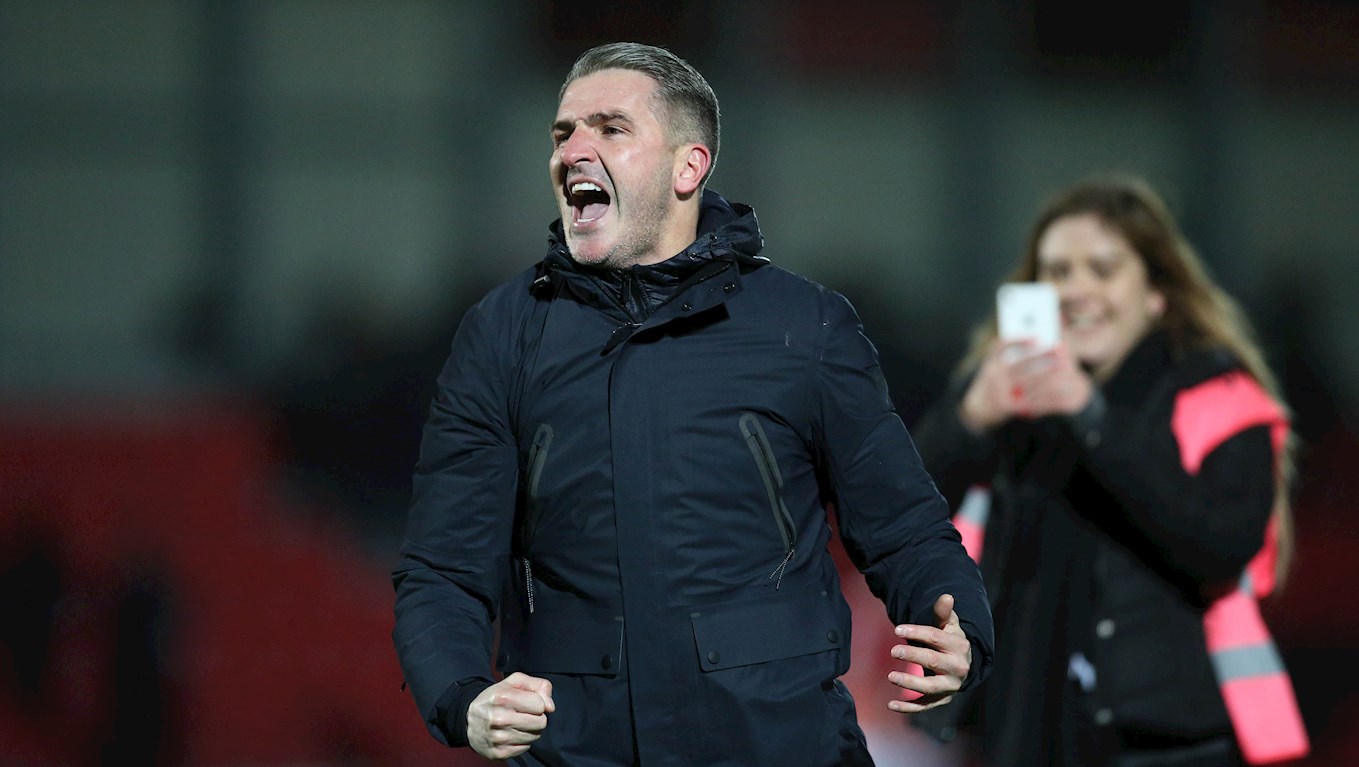 ARGYLE came back from the blip of a defeat at Colchester United on Saturday to win a five-goal thriller in the snow of Salford.

Byron Moore broke the deadlock for the Pilgrims in a comparatively low-key first period before the game turned into an absolute cracker after the break, as Antoni Sarcevic scored a sensational second in between two Salford equalisers from James Wilson.

Substitute Ryan Hardie then grabbed the most dramatic of victories in stoppage time after a breathtaking run and finish that keeps the Greens in touch with the top three in Sky Bet League Two.

“It is a tough place to come with some good players and they [Salford] are going in the right direction as a football club, so we knew it was going to be tough,” said manager Ryan Lowe.

“We weren’t coming here expecting to roll them over, no chance. We were expecting a tough game and the conditions didn’t help, the pitch and the wind, but what credit to my lads.

“They’ve shown the commitment, the bravery, the desire, the attitude to keep going. Early on in the season, we had a few question marks on whether we could keep doing that but that’s what good teams do; good lads and good staff gelling together as one big family.

“Especially with the 1,100 Green Army behind us as well on a Tuesday, it is fantastic, and I couldn’t have asked for a better response from Saturday.

“When you’ve got flair players like Danny Mayor and George Cooper, who aren’t here to make tackles and roll their sleeves up, but you’ve seen every single one of them [doing it].

“What pleased me most was the lads saying ‘we want a reaction and we’re going to get it’.