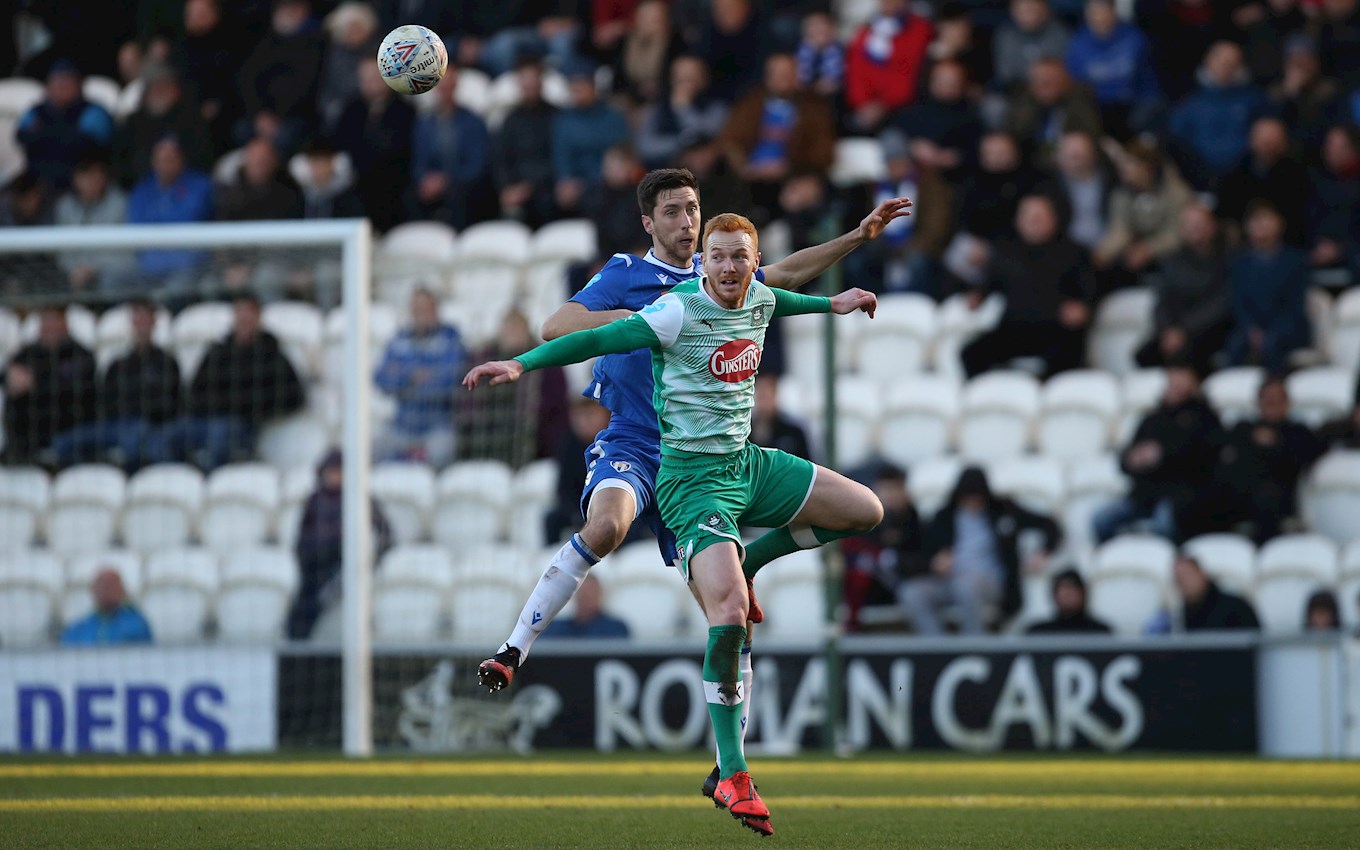 WHILE his absence from the midweek win at Salford was a massive frustration to Ryan Taylor, the long-term prognosis is not too bad for the powerful Pilgrim striker.

Tayls is also set to miss tomorrow’s visit of Crewe in Sky Bet League Two and the Tuesday trip to Macclesfield, but could well be back in contention for the meeting with Cambridge at Home Park next weekend.

Any time in the treatment room is unwanted for Tayls, who has endured a tough winter with a foot injury, but showed his worth with a strong substitute cameo in the recent defeat at Colchester United.

“He had a scan and it’s all fine,” said manager Ryan Lowe. “He will be back with us next week, Tuesday might come a bit soon but he should be ready for Cambridge.

“He was disheartened and I spoke to him on the phone because he was a bit gutted. He potentially had a chance of starting against Salford because he’d come on the pitch at Colchester and done ever so well.

“It’s been a stop-start season for him. He got off to a good start, scored some goals and we’re thinking ‘go on then’ but injuries have got in the way. He’s a fantastic lad, a good person and he’ll come back fitter and stronger.”