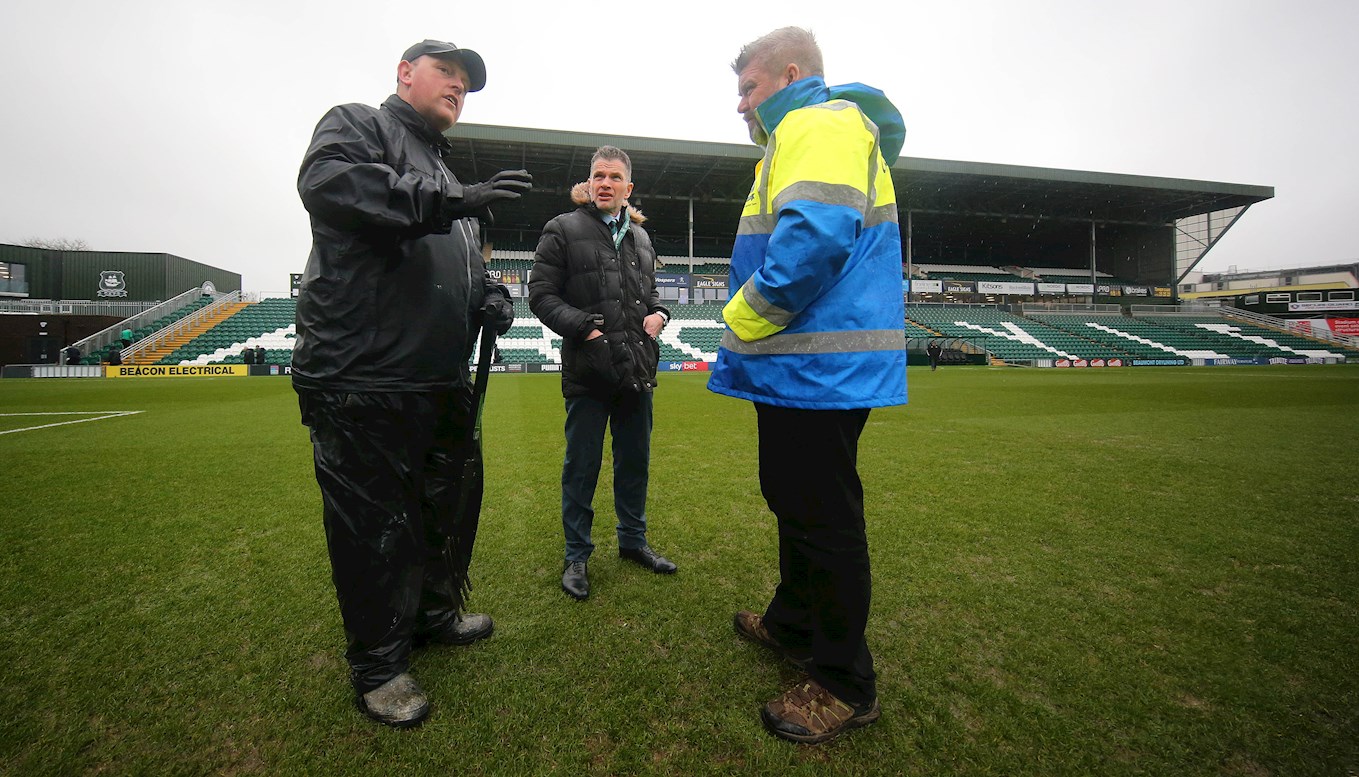 Head groundsman Chris Ralph and his team were joined by the Pilgrim office staff and helpers to ensure the surface passed a 1pm inspection conducted by referee Tom Nield.

The Greens went on to secure three valuable points with goals from Luke Jephcott and Antoni Sarcevic, and manager Ryan Lowe was particularly proud of the mentality shown by his players and club staff in difficult conditions.

“We don’t always play at Home Park and sometimes you have to play on bad pitches,” said Ryan. “The Crewe lads mentioned the pitch was in good condition and the groundstaff did a tremendous job to get it on.

“Sometimes you will play on a bog or a good pitch, it’s all about the team coping with it well. The groundstaff were brilliant again and fair play to the referee as well because he’s a young ref.

“Credit to Ralphy, his staff and some of the media team as well. The tough part about it was that if the referee had called it [off] at 1pm, they [Crewe] are going home without playing and we’ve then got to plan again differently.

“To be fair to the referees, they dealt with it well and the credit has to go to the groundstaff because they worked their socks off to get it on. Win, lose or draw, we wanted the game on and the groundstaff made it playable.

“Mentality [is the biggest challenge] and what you want out of it because it’s easy for you to think it’s not going to be my day, it’s raining, so the mentality of our lads is what I asked for before they went out.

“Mentally, you’ve got to be spot on and every single person that went on that pitch in a Green shirt was mentally spot on.”