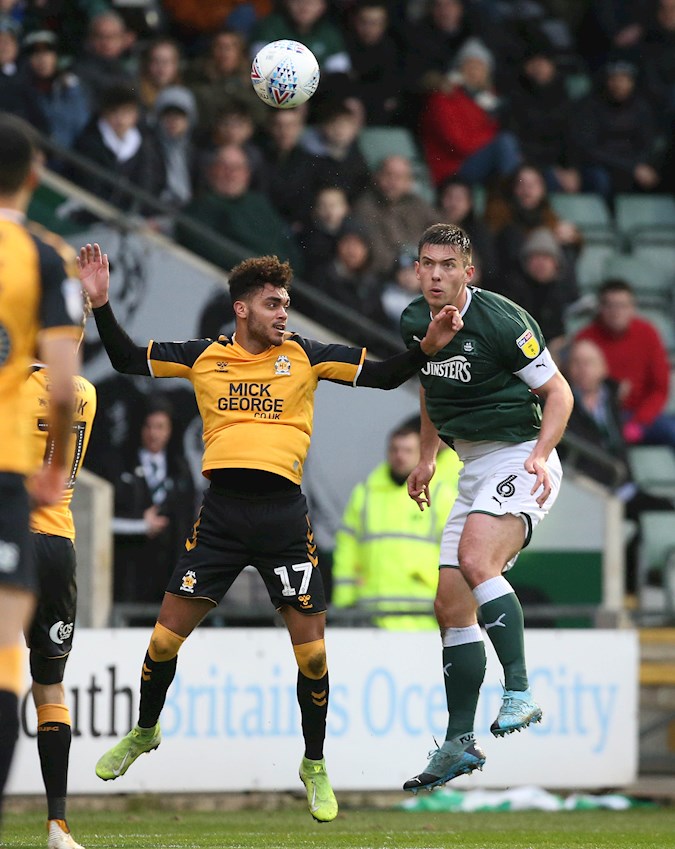 Positives from the Point

AFTER Argyle’s 0-0 draw with Cambridge United at Home Park on Saturday, defender Niall Canavan has been quick to draw the positives out of a fairly frustrating afternoon for the Pilgrims.

“There was nothing really clear-cut [in terms of chances],” he said. “The scruffy ones just didn’t bounce our way, didn’t bobble our way and that’s how it goes sometimes. We take the point and we move forward and we keep pushing this run forward.

“I think we’ve said it before this season, when the result hasn’t quite gone for us, it’s a positive thing that we are so frustrated and gutted as a group. That shows that our ambitions are high and that we want to do well this season. We’ve got to take the positives into next week against Bradford.”

Although Niall could take many positives from the performance, such as a clean sheet for him and the defensive line, he admits that the U’s certainly didn’t make it easy for them.

“[The way they lined up] didn’t really surprise me,” he said. “I know they’ve been on a good run. I think teams respect us when they come here and know that we can really open teams up.

“I don’t think teams really want to go toe-to-toe with us here in a footballing sense. They get in, they’re organised – they’re resolute and they look to spring on the break and nick something from us.

“We’re the home team, we should be the ones looking to [unlock the opposition defence]. You can kind of sense that frustration from the fans when we can’t break it down, but we have to stay patient and trust our football. Nine times out of 10 we open teams up, but [Saturday], unfortunately, wasn’t to be.”