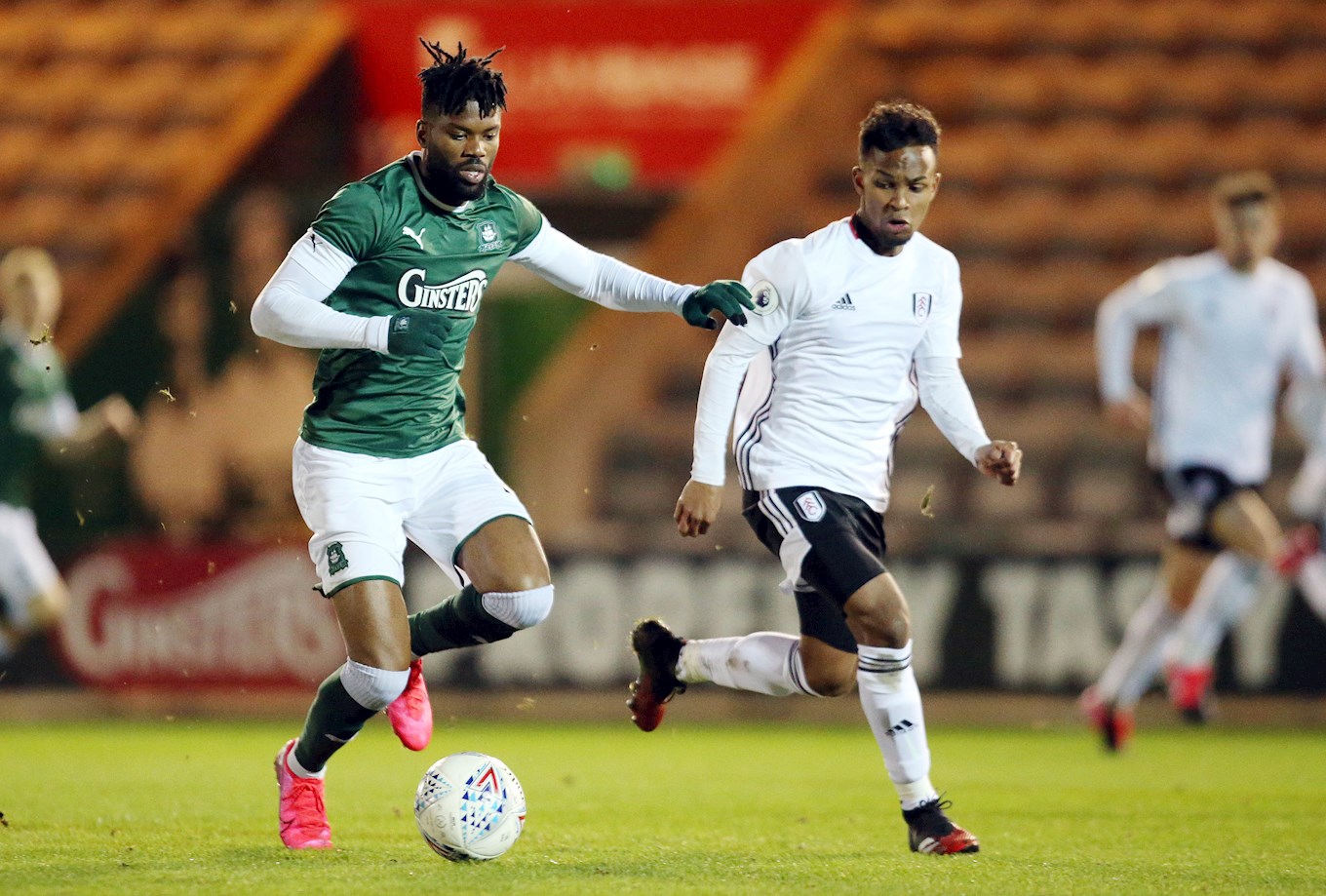 THE Premier Central League Cup clash with Fulham acted as the ideal platform for Argyle manager Ryan Lowe to get some match fitness into the likes of Dom Telford, Joel Grant and Conor Grant.

All three played the full game and particularly important for Dom, who has endured a frustrating spell on the sidelines through injury and will be desperate for a first-team opportunity, starting with tomorrow’s trip to Bradford City in Sky Bet League Two.

“Dom got a first full 90 minutes [since returning from injury],” said Argyle manager Ryan Lowe. “He got a lot of sprints in there, which is nice. Joel backed himself up a little bit with 90 minutes just to keep his fitness levels up as he hasn’t played for a while and the same with Conor because, when the time is right and when they’re called upon, they’ve got to be ready.”

Ryan Taylor and Will Aimson have been another duo to suffer bad luck with injury this season, but the gaffer remains hopeful they can have an impact over the final two months of the campaign.

“Ryan Taylor is in full training as well and Will Aimson will potentially be in full training on Monday, which is a big, big plus for us because he’s grafted and worked his socks off to get where he’s got to. We’ll monitor him, two days on two days off. He’s going to be a real asset for us going into the back end of the season.”

Josh Grant is the final Pilgrim undergoing treatment, although he has returned to parent-club Chelsea after being forced off early in last weekend’s 0-0 draw with Cambridge.

Josh is at Chelsea, obviously with him still being their player, they’ll look at him and the MRI scan was taking a little bit longer to do,” said Ryan.

“I think he’s due back with us on Monday to finish a back end of rehab and be available for the following Saturday, so it’s not too bad. Chelsea have got him in, looked after him, done the right things and they’ll send him back to us next week.”