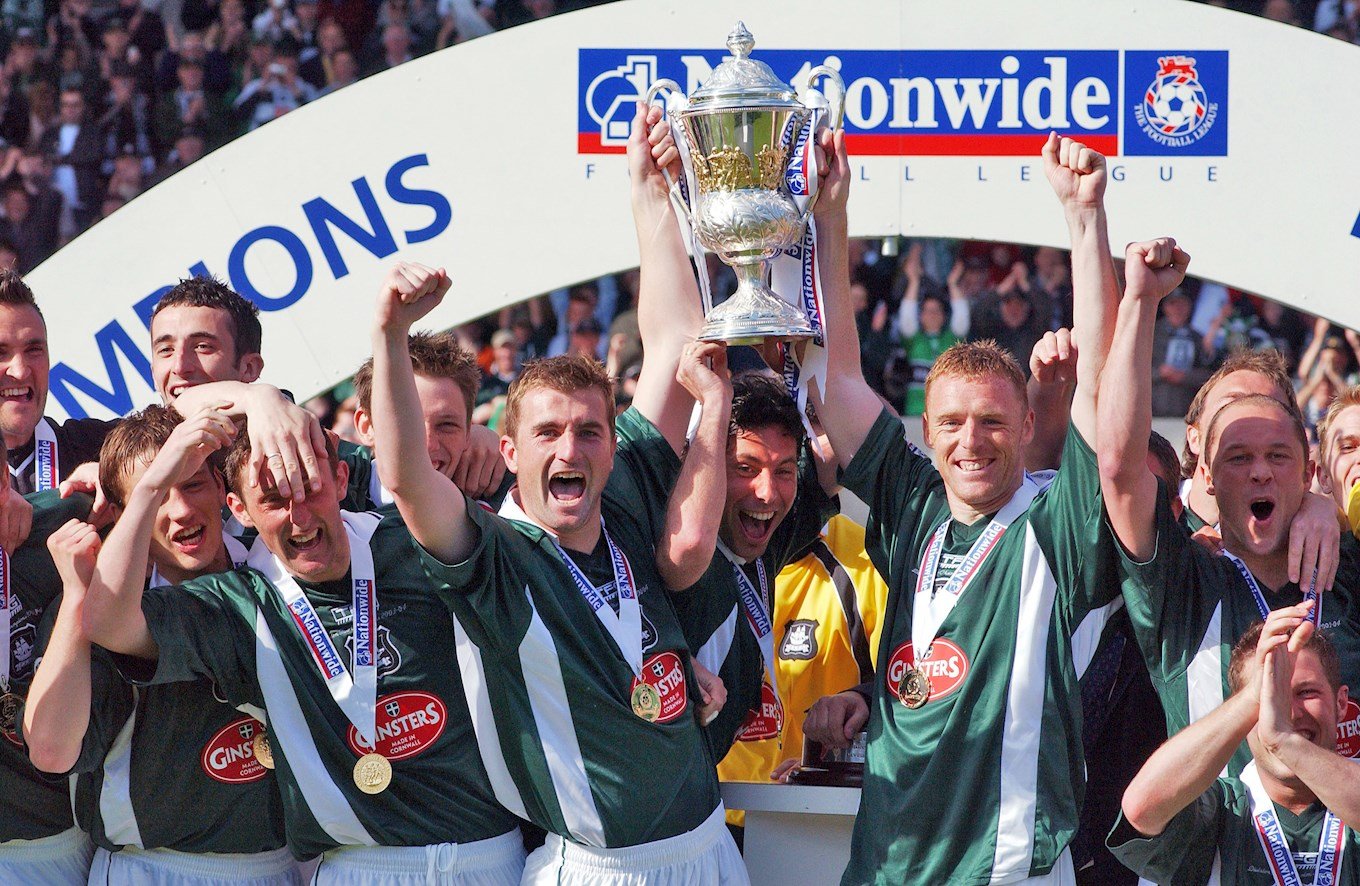 THE Club Argyle lounge will play host to some of the Pilgrims’ all-time greats when the Division Two winning squad of 2003-04 return to their spiritual home next month.

The team, managed for all-but the final few games by legendary manager Paul Sturrock, romped to the Second Division title that season, and will be reuniting, thanks to Argyle Legends, on Sunday, March 29, to reflect with nostalgia on one of the greatest seasons in Argyle history.

The Pilgrims secured their second promotion in three years with a 2-0 victory over promotion rivals QPR at a sun-drenched Home Park. Michael Evans converted a David Norris cross on 81 minutes in front of a capacity crowd at the Theatre of Greens, before David Friio took promotion beyond doubt just five minutes later, sparking scenes that have lived long in the memory of the Green Army.

Other stand-out matches from that season include the 7-0 demolition of Chesterfield at Home Park, the 5-1 win over Port Vale at Vale Park, a 3-1 win over Sheffield Wednesday at Hillsborough, and a 3-2 away win over Swindon Town, in which the Greens surrendered a 2-0 lead before Marino Keith’s last-minute winner sparked jubilant scenes in the away end at the County Ground.

The evening’s entertainment includes an interview with the architect of those halcyon days, Sturrock, as well as several interviews with players from that era. A three-course meal is included with the ticket, as well as a drink on arrival, video footage of that incredible season, a memorabilia auction and a raffle.

Early indications are that the majority of the squad from that era will be in attendance – and photo opportunities will be available to guests.

Tickets are priced at £60 per person, or £550 for a table of 10 guests, and go on sale from Saturday, February 8. To book your tickets, or to request more information, contact Paul Hart on pafclegends@gmail.com, or visit the Argyle Legends Facebook and Twitter pages. Sponsorship opportunities for the event are also available.

The event’s capacity is limited to 200 people – so book promptly to avoid disappointment.