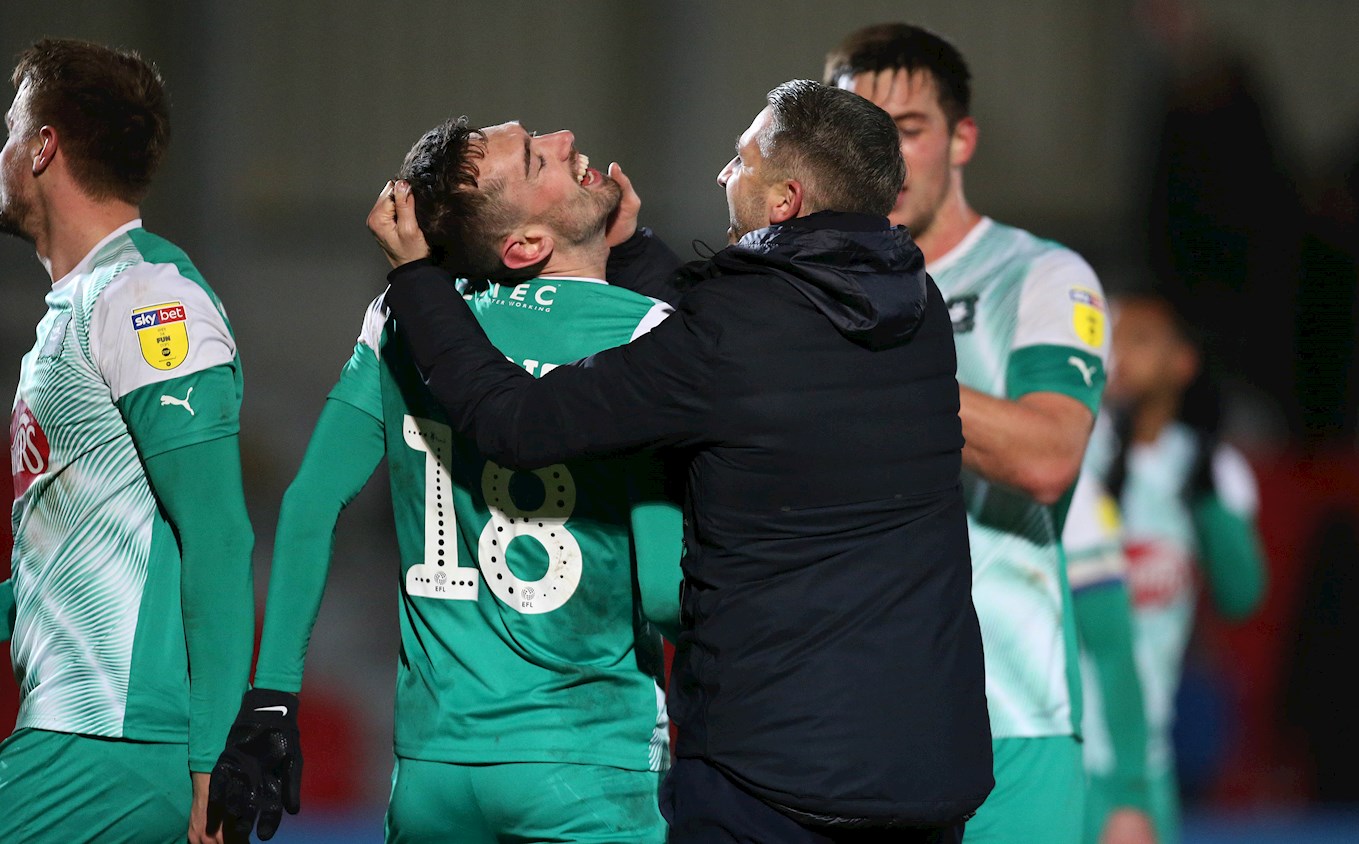 RYAN Hardie now has four goals from the substitute’s bench in his thrilling loan spell at Argyle from Blackpool.

The young striker emerged from the replacements to score a dramatic winner at Salford City in Sky Bet League Two on Tuesday but Pilgrim boss Ryan Lowe believes the talented Scot is way more than just an impact sub.

Ryan was given his chance at Salford just ahead of Dom Telford, who is on the road back from inury, and an exciting array of options for the gaffer.

“People will tag him with the supersub status but I wouldn’t do that,” said Ryan. “What I would say is that he’s a talented footballer and he’s just as good as anyone else in my squad in those positions.

“At the moment, he has scored four goals from sub appearances and we’ve got a squad of players who we feel we can put on at any opportunity.

“There was a point when we were thinking of putting Dom Telford on as well the other night because he was there to maybe get in front of defenders. There are loads of ways to look at and if Ryan keeps scoring, he is doing his job.”