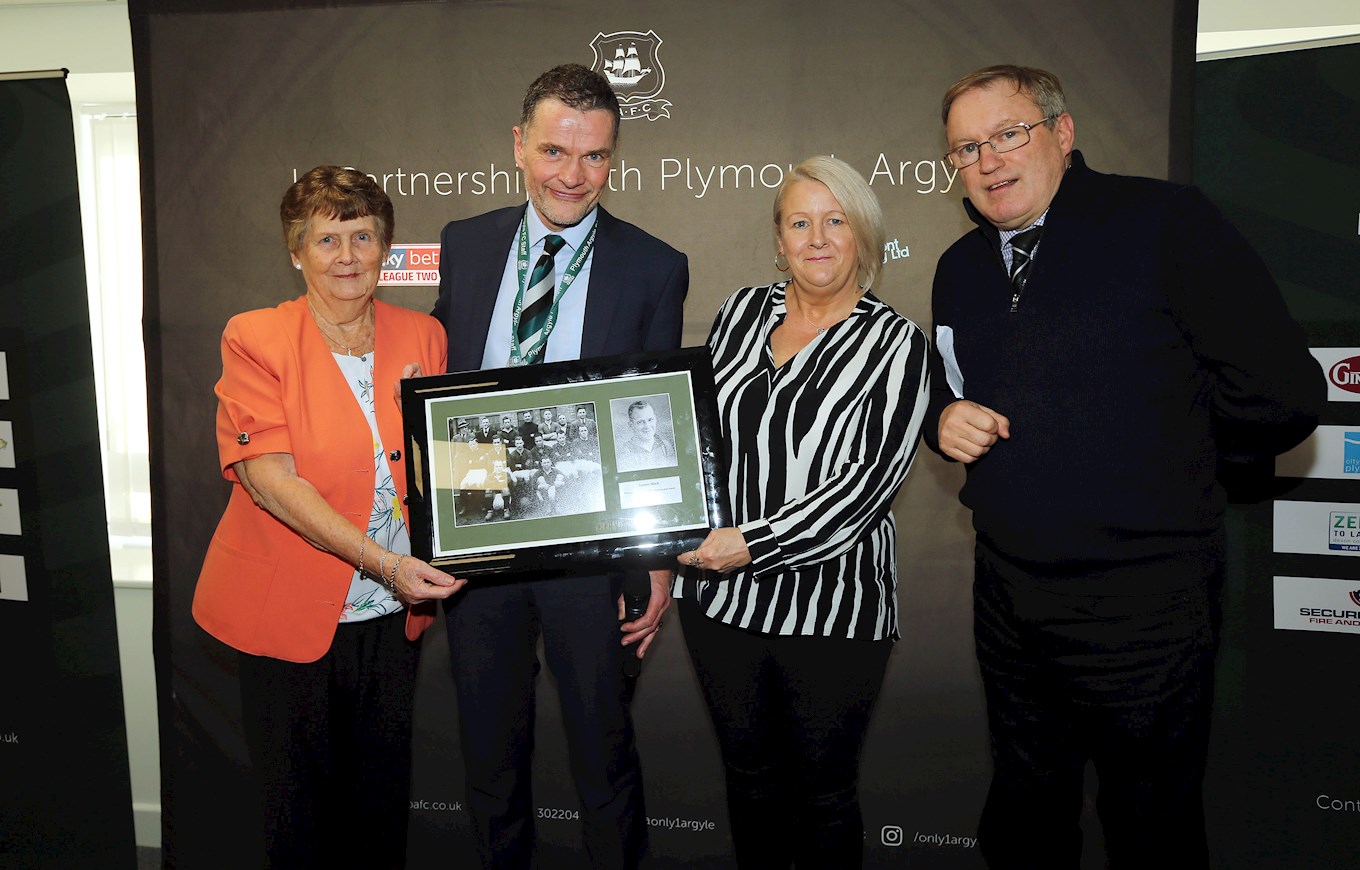 Sammy’s daughter, Gloria Spilsbury, and granddaughter, Tracy Charlick, were guests for the visit of the Exiles, having been invited by the Pilgrims’ director of football Neil Dewsnip – who met Tracy through her work at Derriford Hospital, having injured his finger doing the washing-up!

Tracy, a healthcare assistant at Derriford, took care of Neil, and soon got chatting to him about their shared interest in Argyle.

“Neil came in and he had an infected finger, he was only in for a couple of days,” explained Tracy. “He told me that he was doing the dishes and he cut his finger on a knife. The infection had spread up his arm – but it cleared up quite quickly.

“I was making small talk and asked if he was an Argyle fan – I had no idea who he was! I mentioned my granddad [Sammy Black], and that’s how we got talking. I’m not a football fan, really, but I do follow Argyle – just because of my granddad. I know that he is a club legend.”

Sammy Black holds the all-time goalscoring record for the Greens, having netted 182 times in 491 appearances between 1924 and 1938. Upon retiring from the game, Sammy returned to the city, where he passed away in 1977.

Tracy attended Home Park with her mum, Gloria, on Saturday – as well as Gloria’s husband, Dennis. Incredibly, despite being the daughter of one of the Pilgrims greatest ever players, Saturday’s visit was Gloria’s first to the Theatre of Greens to watch a competitive game.

“I had never been to Home Park, before the Newport game actually - even though my dad had such a great career at Argyle,” explained Gloria. “I was born after he had retired from playing, so missed out on watching him then.”

Not being a huge football fan herself, Gloria’s connection to the club is preserved through a number of articles illustrating the success of her father. She recalls watching him play only once, during an exhibition game after he had hung up his boots.

“I have all the paper clippings and things like that from my mum,” said Gloria. “I never saw him play, other than in an exhibition match against TV Stars in Plymouth – years ago. I can’t remember if it was at Home Park, but that’s the only time I ever saw him play.”