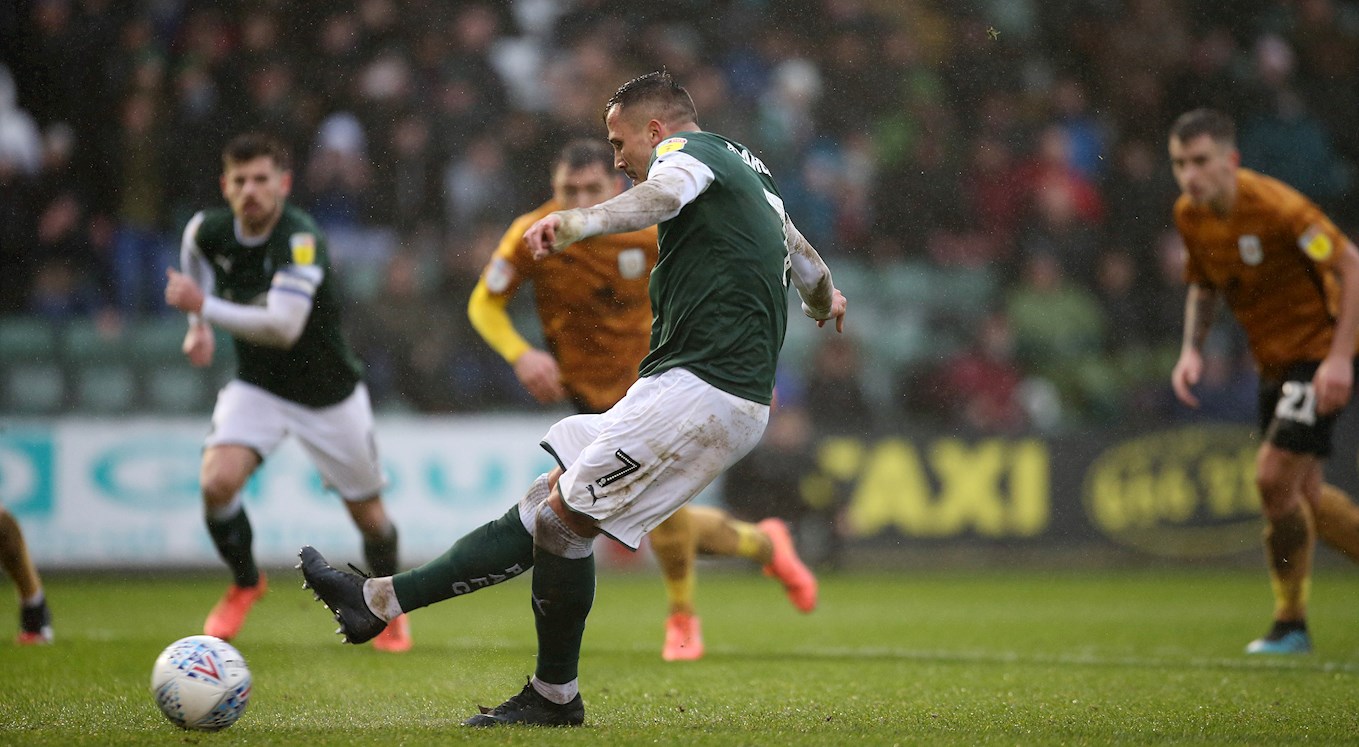 LUKE Jephcott made it six for the season and Antoni Sarcevic is into double figures, as the Pilgrim duo scored the goals to secure a battling 2-1 success for Argyle at home to Crewe Alexandra in Sky Bet League Two.

The header from Luke came after a superb move down the right flank and a delicious cross from Byron Moore was perfect for the young striker’s run.

“It was nice for him [Luke] and what a ball from Byron Moore, he’s put it on a plate,” said manager Ryan Lowe. “The whole team deserve the credit and we’re happy for Luke.

“He is our striker, one of our own and we want him to keep scoring. Overall, his build-up play and hold-up play was magnificent, it’s getting better and better.

“The goal was a case of us getting back to basics, Scotty [Wootton] played a ball to Joe Edwards, he drives the ball and plays it to Byron Moore, great cross, goal.”

Sarce then kept his nerve to convert the match-winning penalty but his boss is challenging the powerful midfielder to keep on scoring.

“I have challenged him [Sarce], earlier on in the season and also recently, as I’m going to do with all the players,” said Ryan. “I want them challenged and there will be things thrown in there and I want to see how they react.

“It’s brilliant [for Sarce] but I want more. I’ve set him a target and I’ll reward him for it because if he gets them, we will potentially be where we want to be. He’s been terrific, he’s worked hard and getting in the positions.”