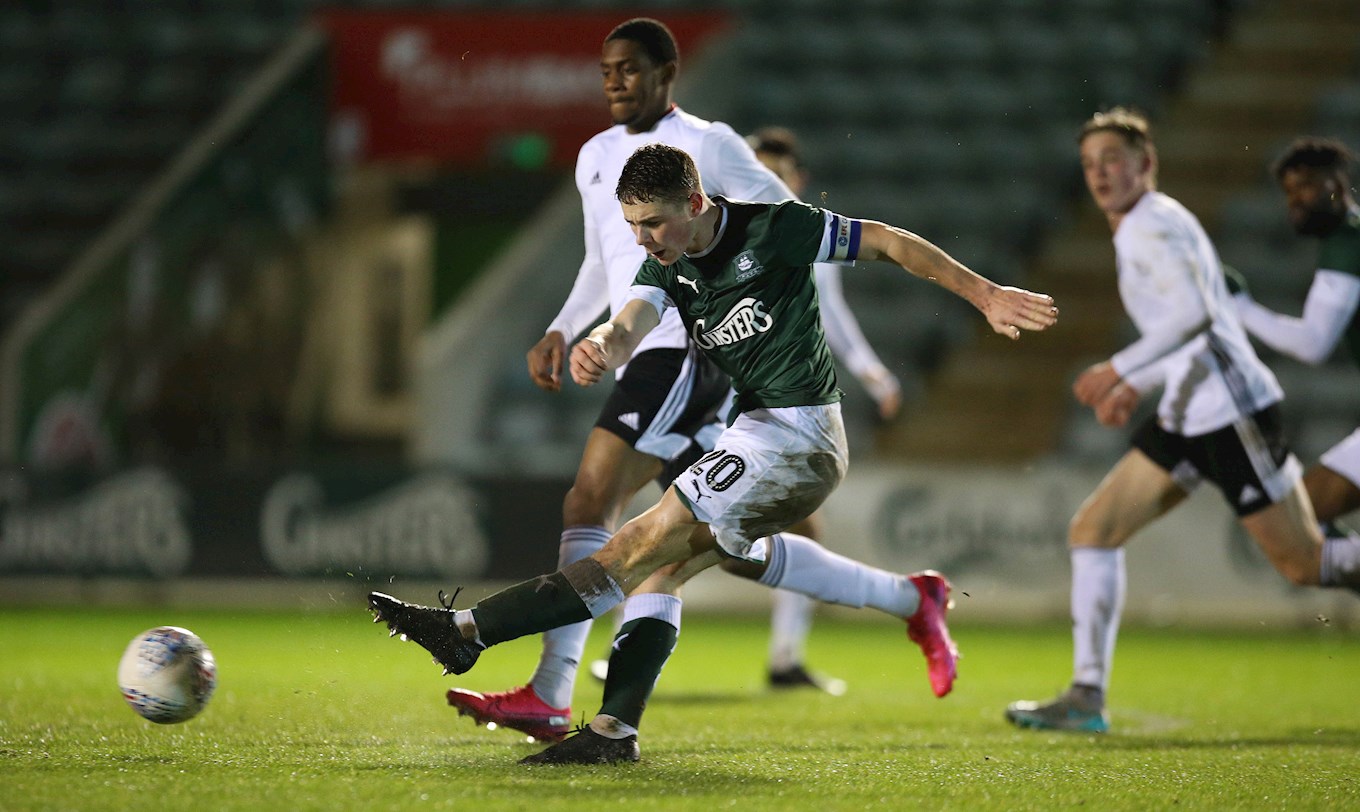 ARGYLE bowed out of the Premier League Cup after suffering a 4-1 home defeat to an impressive Fulham side at Home Park on Tuesday night.

Victory would have seen the Greens qualify from a group that included Championship Fulham and Premier League duo Everton and Watford, but first-team coach Kevin Nancekivell conceded his young Pilgrims were second best on the night.

After falling 2-0 behind, a goal from Charlie Miller midway through the second period briefly gave Argyle some hope but a penalty for the visitors from the next attack effectively killed the game.

“They [Fulham] were far better than us tonight, we were second best,” said Nance. “We had a young team and some young boys who will be far better for the experience. Credit to Fulham, their movement and their pace off the ball was very good and, at times, we struggled to deal with them.

“Fulham are a good team, we got ourselves back into it and you think we can maybe have a go but for them to go up the other end and score within 60 seconds was a hammer blow.”

Despite this defeat, the Premier League Cup group stage has  been a tremendous learning experience for Argyle, who qualified for this stage after defeating Yeovil in a preliminary tie.

“We were pleased to get through the preliminary game to get into this group stage and we want to improve every year on our performances,” said Nance. “We’ve come up against three good teams in Everton, Watford and Fulham.

“We will keep working, we’ve got some boys knocking on the door [of the first-team] but we want more than one or two, we want six or seven. It’s going to be difficult but that’s what youth football is all about.

“It’s imperative we keep pushing for qualification in these tournaments because we’re only going to get better if we’re up against them [top sides]. If we shy away from it, we’ll never get better.

“We have to take it on the chin and say this is the standard we want to get to. All the coaches in the Academy are working really hard and we have to continue to get better. Youth development is ongoing and the boys have to keep working hard to develop in their careers.”

The final positive from the night was a full game for senior trio Conor Grant, Joel Grant and Dom Telford, who have come through fit and ready for the weekend trip to Bradford in Sky Bet League Two.