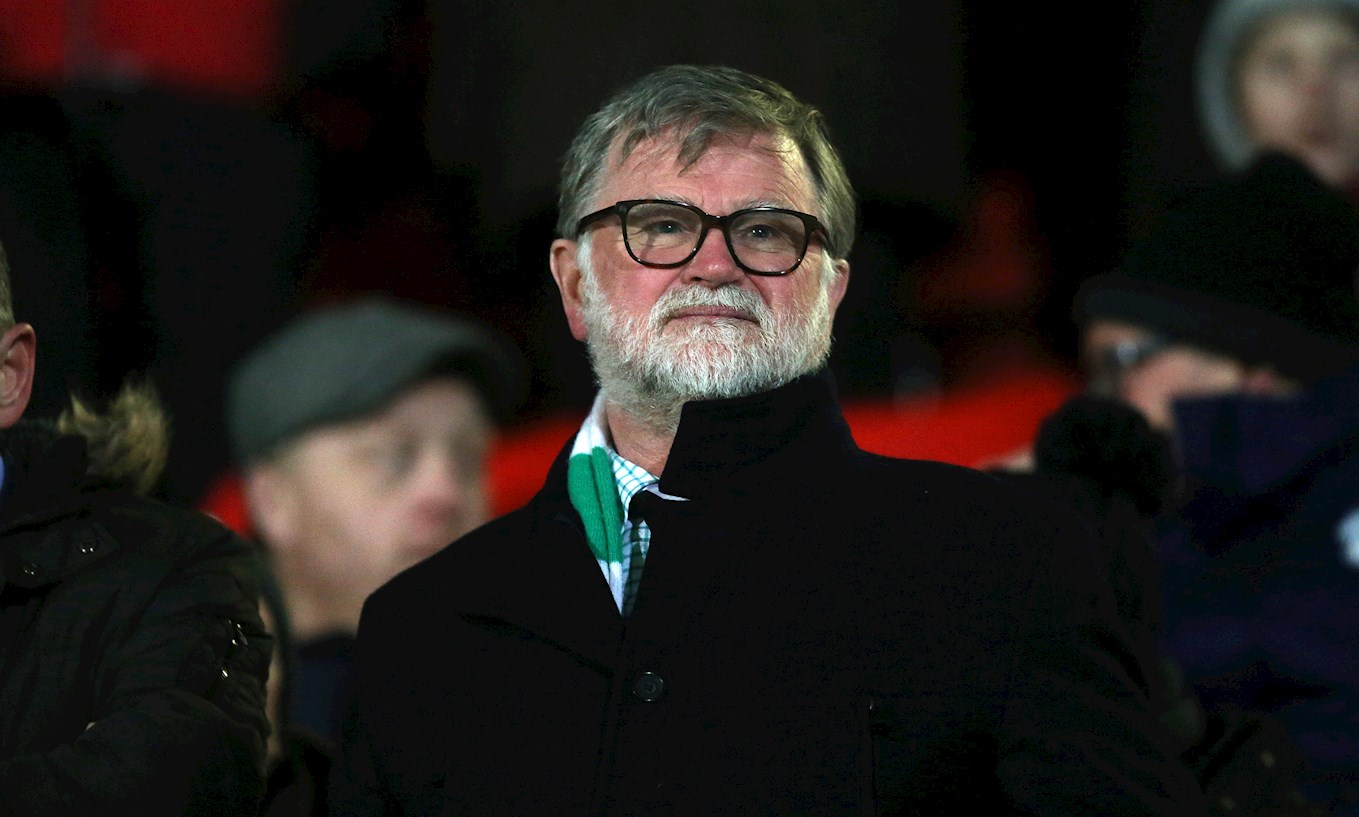 Simon Hallett and the Five-Year Plan

ARGYLE owner Simon Hallett has outlined his ambitious new plan for the Pilgrims to become a sustainable Championship football club within five years.

Watch the full interview on iFollow

The Argyle Board's bold vision for the club has hardly been a secret up until this point, with many changes – including a new footballing philosophy, a new Mayflower Grandstand, and a new Academy structure – all developed within the last six months. However, this is the first time that Simon has gone on record with a public objective for the Pilgrims’ short-term future.

“We have decided that we needed something more concrete – an interim goal that would communicate to our fans what our ambitions are,” said Simon. “We have said, and I am now saying in public, that we want to be a sustainable Championship club within five years.”

“The key word here is 'sustainable'. I think that we have been transparent that the club is not currently financially sustainable, without my support and my family’s support.

“That is something that I think is risky, and a good steward of this club will make sure that if my support would diminish, the club will be able to continue.”

While the club continues to work towards its goal of being financially sustainable in Sky Bet League Two, Simon believes that this is not an unrealistic objective, even in England’s significantly expensive second-tier. In fact, the more research he and his team have done on the subject, the more confident he becomes that sustainable Championship football is a realistic, and achievable, ambition.

“We were able to do some work on the finances of clubs in the Championship,” explained Simon. “One of the assumptions is that financial resource is a key determinant of on-pitch success.

“It was a pleasant surprise to me. We know that the headline figures in the Championship are dreadful. On average, the clubs are losing £500,000 a week – but the range was much greater than we thought.

“If you ranked them by their financial resources, Argyle, even today, would have resources similar to that of a couple of Championship clubs, even in League Two.

“If we assume that as we move up the leagues, our revenues increase, and we assume that we get better at generating revenues, our resources put us somewhere around 15th, 16th, or 17th. That gives you a very good chance of staying in the Championship. It doesn’t make it 100% certain, of course, but if the club can deliver, we have a very good chance of staying there.”

But how does the club begin to work towards this objective, in reality? The club’s board, under Simon’s guidance, have identified four key ‘pillars’ which will be integral to the success of Argyle moving forward.

“We are looking at the pillars of the club as being ones that can help us generate more revenue. So, on the football side, they are charged with getting two promotions over the next five years. I am not the one to talk to about how they are going to do that, but there are some elements I can talk to,” said Simon.

“Another pillar is the Academy, where we now have Director of Football, Neil Dewsnip, in charge. He’s charged with making our Academy a more effective one. Effectiveness will be measured partly by getting people into the first-team squad on a regular basis. We want the Academy to be what Neil likes to call the ‘beating heart of the club.’

“We think that will be attractive to the fans. Certainly, as a fan, I have loved watching Luke Jephcott have such an impact in January – and going back a couple of years, Ben Purrington.

“I am speaking entirely as a fan. As owner, and Chairman, I like to see a flow of young talent that can hopefully operate at a higher level and generate us transfer fees.”

While on-pitch determinants are important, it is also crucial to the club’s ambition that it builds on a superb start to life in the new Mayflower Grandstand to increase commercial revenues, as well as recruiting more members of the Green Army.

“The third pillar is our commercial activities. Christian Kent, in charge of making this an attractive proposition, is doing a great job. We are stepping up our game, a bit, this year, we already have Little Mix and Westlife coming [to perform concerts at Home Park].”

“The final pillar is our fans, and what we’re doing for them. Providing a better match-day experience, more entertaining football. The response that we want from them is to recognise the direction we’re going; recognise there will be occasional slip-ups and that we won’t win every game but that we’re still worth supporting.

“Delivering high-quality product to our fans, and non-fans, helps our brand. Frankly, the Argyle brand has not been a good one since administration. It’s been associated with poor quality, the ‘same old Argyle’ nonsense.

“I can’t emphasise enough that this is not the same old Argyle.”