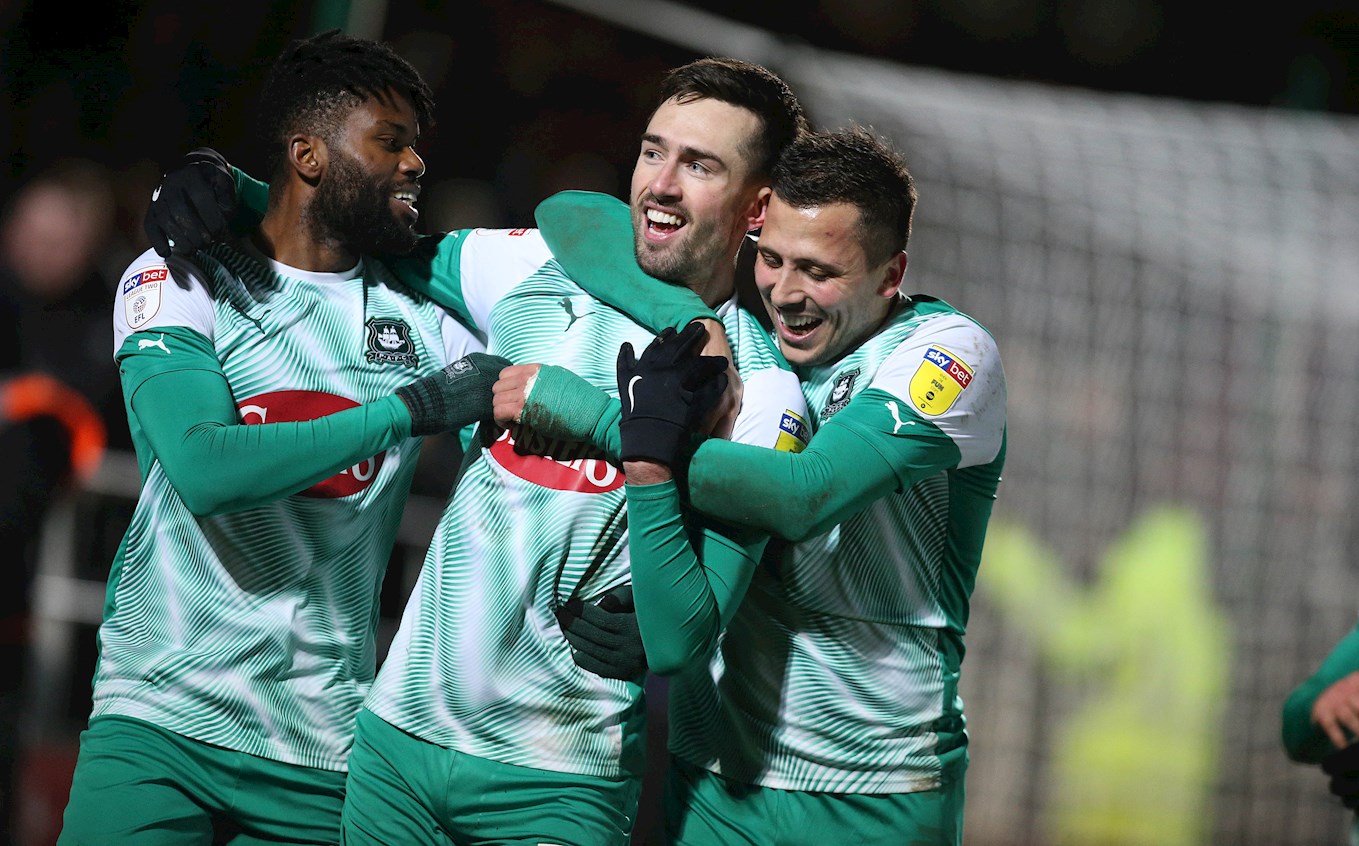 SIMPLICITY in the passing and determination in the hearts was a winning combination for Argyle in Tuesday night’s thrilling 3-2 victory at Salford City in Sky Bet League Two.

The Greens were twice pegged back after leading through goals from Byron Moore and Antoni Sarcevic, but still had enough in the tank to secure a dramatic injury-time winner through substitute Ryan Hardie.

The Pilgrims had to deal with a powerful Salford approach in horrible windy conditions but the ability to keep calm in possession, particularly in the second half, and then display ruthless finishing was ultimately the difference between the two sides.

“[It is I difficult] when you play different teams with different standards, and Salford are going back to front quite early, with big Tom Elliott up front, who is a terrific player,” said manager Ryan Lowe.

“They brought James Wilson on, who was Premiership standard in quality and that’s what this football club has got in players. There was no chance we weren’t going to recognise that.

“My lads had to roll their sleeves up, we were trying to get the ball down and play. There were a few wayward passes in the first half but in the second half we were a bit more calm, and simplicity is a word I use.

“When you go 1-0 up and 2-1, and our goals were great goals, but they get back in the ascendancy and our on the front-foot, for us to get the winner was brilliant. You always get bumps in the road but it’s how you react.

“The lads will recover and then back to the training pitch on Thursday and Friday before we welcome another good team in Crewe, who are doing terrific. What an entertaining game that will be, Salford is gone now and we move on to Crewe.”