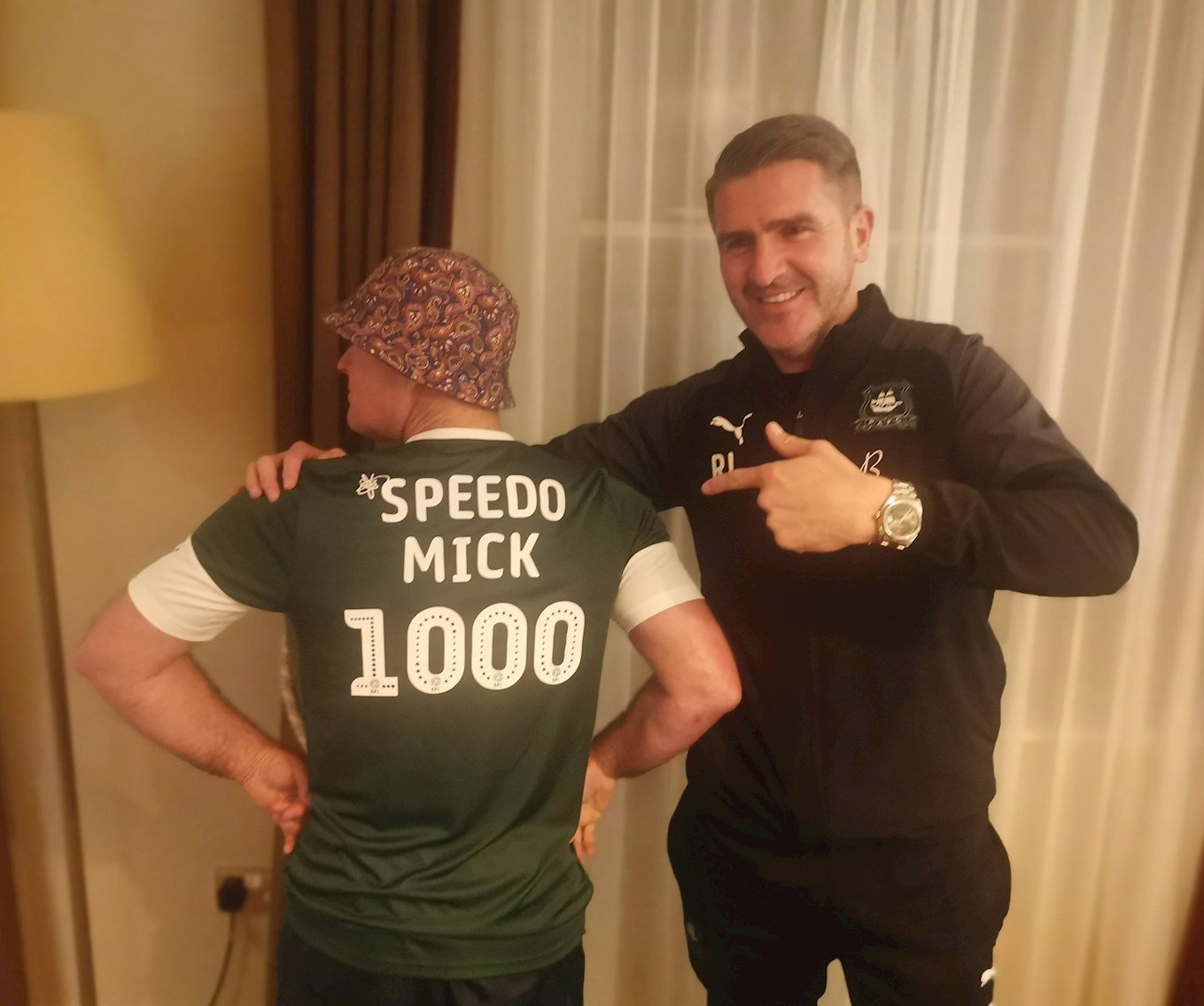 Speedo Mick is attempting a mammoth 1,000-mile walk from John O’Groats to Land's End in nothing more than his swimming gear in a bid to raise money for disadvantaged young people.

Big-hearted Everton fan Speedo Mick – real name Michael Cullen – began his challenge on December 11 in Scotland, originally having his sights set on raising £50,000 for his Leave the Light On charity.

He has since raised more than four times his target, taking the total to more than £200,000.

The walk has reached the Westcountry, so Pilgrim boss Ryan tracked him down to North Tawton this week to his support to a fellow Scouser and invite him to Home Park for this weekend’s Sky Bet League Two fixture against Crewe Alexandra.

“I just thought it would be nice to get him in,” said Ryan. “Hopefully, there will be 12-13,000 here roaring us on Saturday and we’ve invited him down.

“We wish him all the luck because he’s doing a fantastic thing for charity and is a fantastic character who has raised a lot of money all over the country.

You can help Speedo Mick by going to his GoFundMe page and find out more about Leave the Light On here.