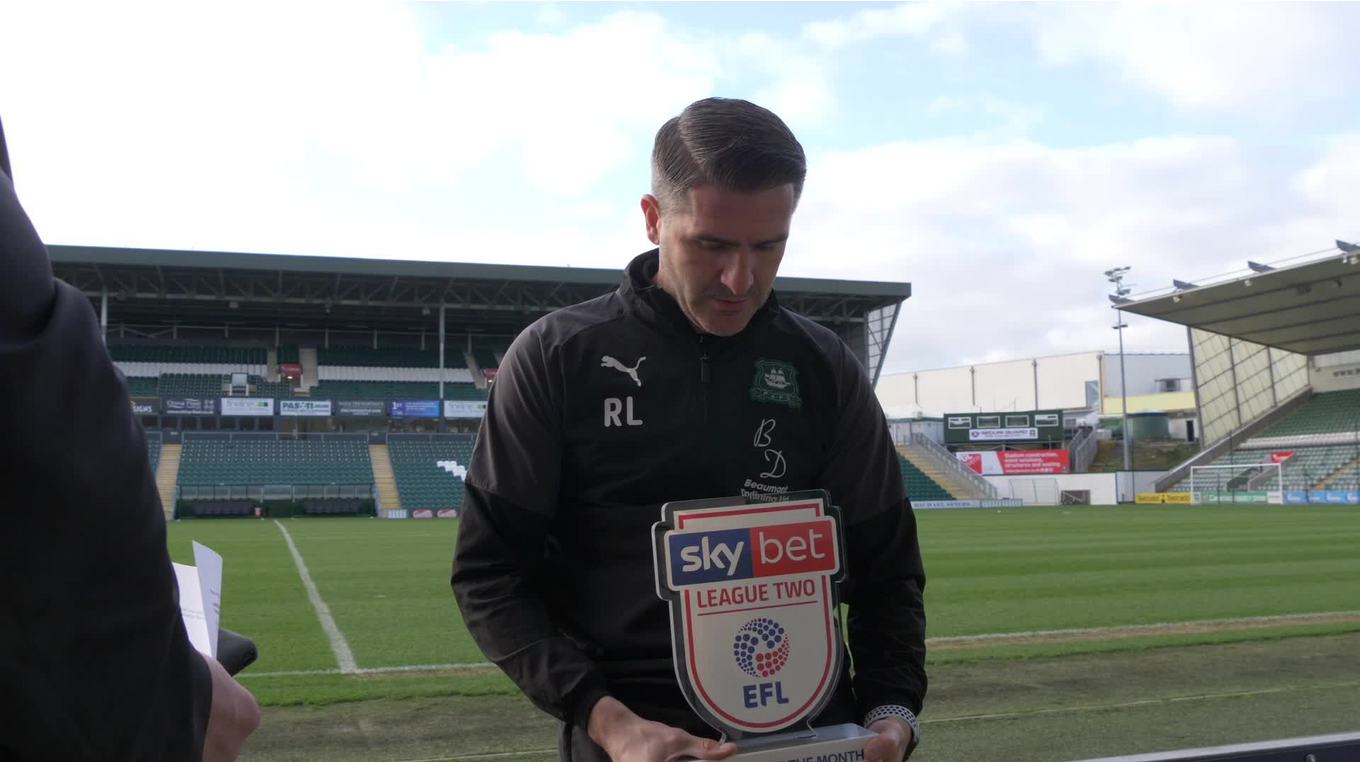 ARGYLE manager Ryan Lowe was delighted to win Sky Bet League Two manager of the month for January – but was equally keen to share the praise to his dedicated team behind the scenes.

The Pilgrims' gaffer led his troops to four wins on the spin after the narrow New Year's Day defeat to league leaders Swindon at Home Park.

Since then, the flying Greens are unbeaten, and picked up 13 points from a possible 15 in their remaining January matches. Nine of those points came away from home, against Scunthorpe United, Carlisle United and Stevenage. The only minor blip in that period was a 2-2 home draw against Crawley Town, Ollie Palmer’s late, late leveller meaning that Player of the Month Luke Jephcott’s fifth goal of the month was denied a winner.

Crewe Alexandra’s David Artell, Keith Curle, of Northampton Town, and Newport County’s Mike Flynn were Ryan's competition for the award, and, while he was delighted to receive the plaudits, he was also quick to praise the team effort.

“It is always nice to receive a Manager of the Month award, it shows the good work you are doing, it’s a trophy," said Ryan.

"A lot of credit goes to my staff  - and my players first and foremost. Without them, I wouldn’t be getting it."

"Off the pitch, we have a team behind the team if you like, it's not just our team. It’s a good sign, it’s a good feel. I have a saying in football that I don’t sign any bad lads, I don’t want to work with any bad people either. If you do, it doesn’t work."

"I said that when I came down here, I would make this a group and a family club. We certainly have that now. All the staff behind the scenes, they are helping us achieve success on the pitch. “