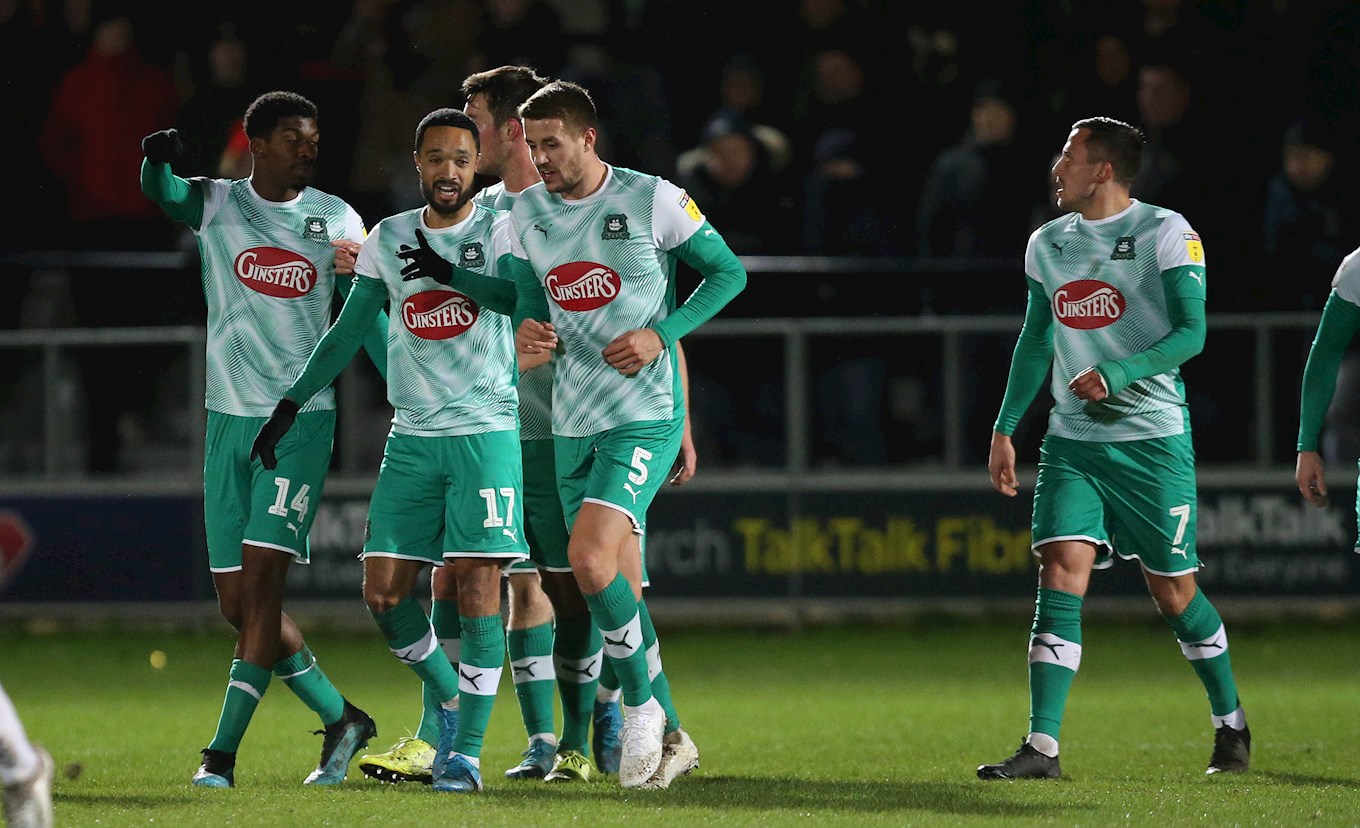 The Best Feeling Ever

ARGYLE defender Scott Wootton described the Pilgrims’ last-gasp winner at the Peninsula Stadium on Tuesday evening as “the best feeling ever” – and few members of the thousand-strong Green Army on the terrace are likely to disagree.

The Greens took the lead on three separate occasions at the home of the Ammies, getting pegged back twice by Scott’s fellow Manchester United youth alumnus James Wilson, but Ryan Hardie’s 92nd-minute winner sparked scenes of unfettered joy in the away terraces behind the goal.

“It’s the best feeling ever,” said Scott. “For players, fans, everyone. Last minute winners are fantastic.”

“Don’t forget, all players have been fans,” continued the centre-half. “All the lads will have seen that happen to their team as a kid, and there’s no better feeling as a fan. Especially after Saturday, to score in the last minute away from home, with the number of fans on a Tuesday night, all this way, is unbelievable.”

The Pilgrims were forced to not only battle with a physical and combative Salford City side during their 95 minutes of action in Greater Manchester, but the conditions as well. In the aftermath of Storm Ciara, rain, snow, sleet and even hail were flung across the night’s sky by a swirling and gusting wind – making Ryan Lowe’s signature free-flowing style a little harder to pull off.

“It was tough, there’s no way around it. We know how we want to play, but the weather makes that difficult,” said Scott. “To get the ball moving around on a bobbly pitch is tough – but we always try to stick to what the manager wants to do and thankfully it came through at the end.”

The Greens, though, save for a blip against Colchester last time out, have also begun to show an increased resilience as the Sky Bet League Two campaign nears its final act. Scott believes this evidences how far his teammates have come, and that the art of defending begins at the front.

“Sometimes it’s impossible [to play through the thirds], and you just have to swing it in behind and get it up to the strikers. I think the strikers did fantastic – they were challenging, and even if they didn’t win it, they were putting their centre-halves off.

“Byron [Moore], Joel [Grant], Jephers [Luke Jephcott] and Ryan [Hardie] – all four of them were brilliant tonight and that makes a massive difference as it allows the team to get up the pitch and into their final third.”

“That’s a positive we’ve had throughout the season as well. Forest Green away, Mansfield away, even if we’re not playing well we’ve got a bit of steel and a desire not to get beat. At 2-2, they had a bit of pressure. After that, we had a lot of chances and I think our fitness levels came through, as well.

“We were massively disappointed coming away from Colchester – the result and the performance, and we wanted to put that right tonight with three points, and we’ve done that. I just think that the mode, the focus we are in, home or away – we just want to get those three points and keep climbing up the table.”