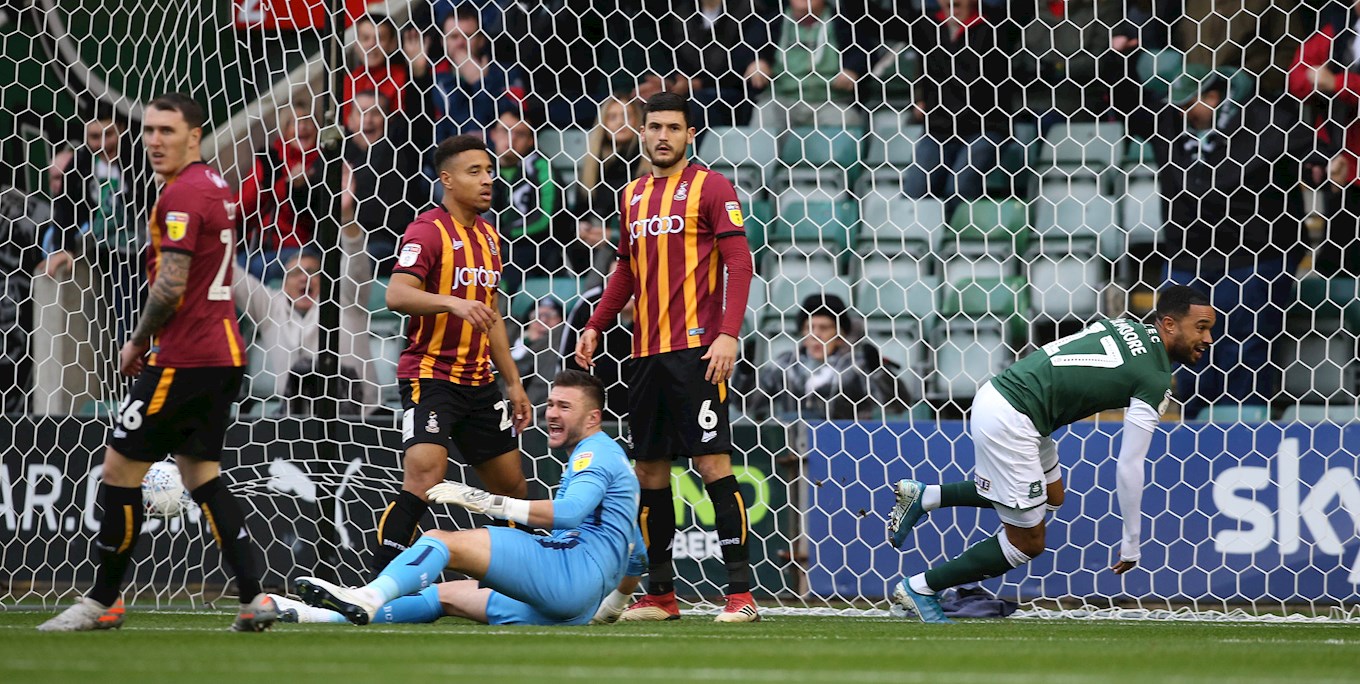 WHEN Bradford visited Home Park at the end of November, the Bantams were third in Sky Bet League Two and fighting hard for promotion.

Since then, the Yorkshiremen have won only four of their next 18 games and parted company with manager Gary Bowyer, but the Pilgrims know they face a huge test at Valley Parade tomorrow against a Bradford side back under the stewardship of a club legend.

The season started with successive draws against Cambridge and Grimsby, followed by goals from James Vaughan, Clayton Donaldson and Sean Scannell leading Bradford to a 3-0 win over Oldham. The Bantams suffered their first league reverse against Forest Green at the end of August but three wins in four proved to be a steady start to September.

The good form continued in October, as Bowyer’s Bantams defeated Swindon, Morecambe and Crawley before recovering from a surprise home loss to Port Vale by beating Exeter 2-0 with goals from Vaughan and Aramide Oteh.

Byron Moore and Joe Edwards scored the Pilgrim goals in our 2-1 home victory over Bradford and the Bantams endured a run of draws over Christmas before successive wins against Mansfield and Morecambe to start 2020.

January, however, turned out to be a nightmare and no wins in seven eventually cost Bowyer his job. The Bantams have now appointed Stuart McCall for his third stint as manager and there were signs of improvement at Newport last weekend, despite eventually going down to a 2-1 defeat.