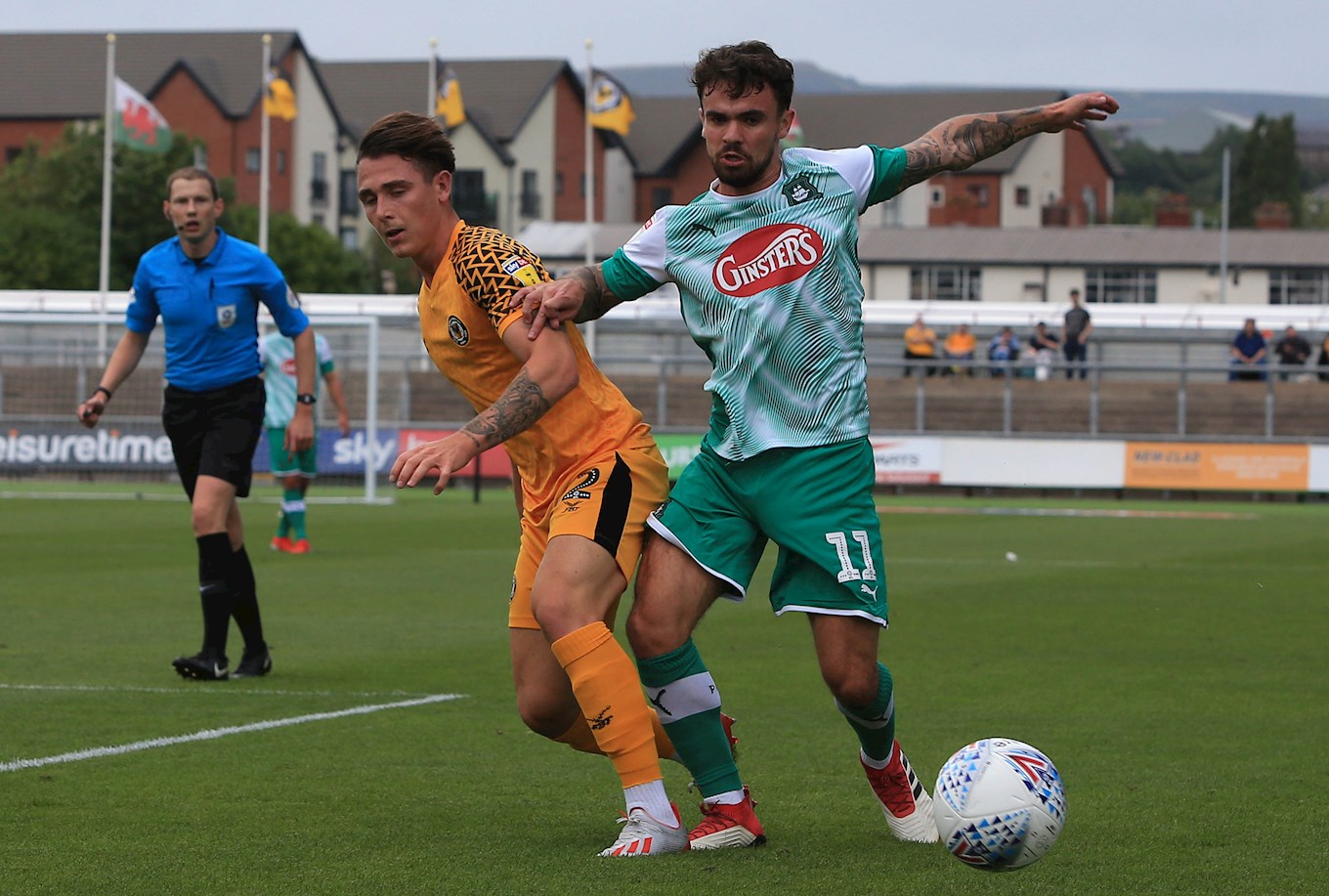 ARGYLE welcome a Newport County side recovering their form in Sky Bet League Two this afternoon.

The Exiles kicked-off their league campaign with successive draws against Mansfield and Cambridge before a late goal from Kyle Howkins inflicted a first defeat of the season on Ryan Lowe’s Pilgrims.

County continued their unbeaten start in the league with a last-minute winner from Padraig Amond at home to Crewe and he was also on target, along with Ryan Haynes, as Michael Flynn’s men recorded an even more impressive 2-0 success at Forest Green.

Jamille Matt gave them a 1-0 win over Port Vale but the run finally ended with a 2-0 reverse at Northampton. Despite that setback, County responded with a 2-0 win at high-flying Swindon and they were right in the automatic promotion race until successive defeats to Colchester and Salford.

Those losses sparked a gloomy run for the Exiles that totalled ten games without a league win, a sequence that finally ended with the 2-1 victory at Scunthorpe in January. They followed that by completing the double over Swindon and further proof they have found their mojo in midweek, when Joss Labadie scored the only goal to beat Macclesfield.