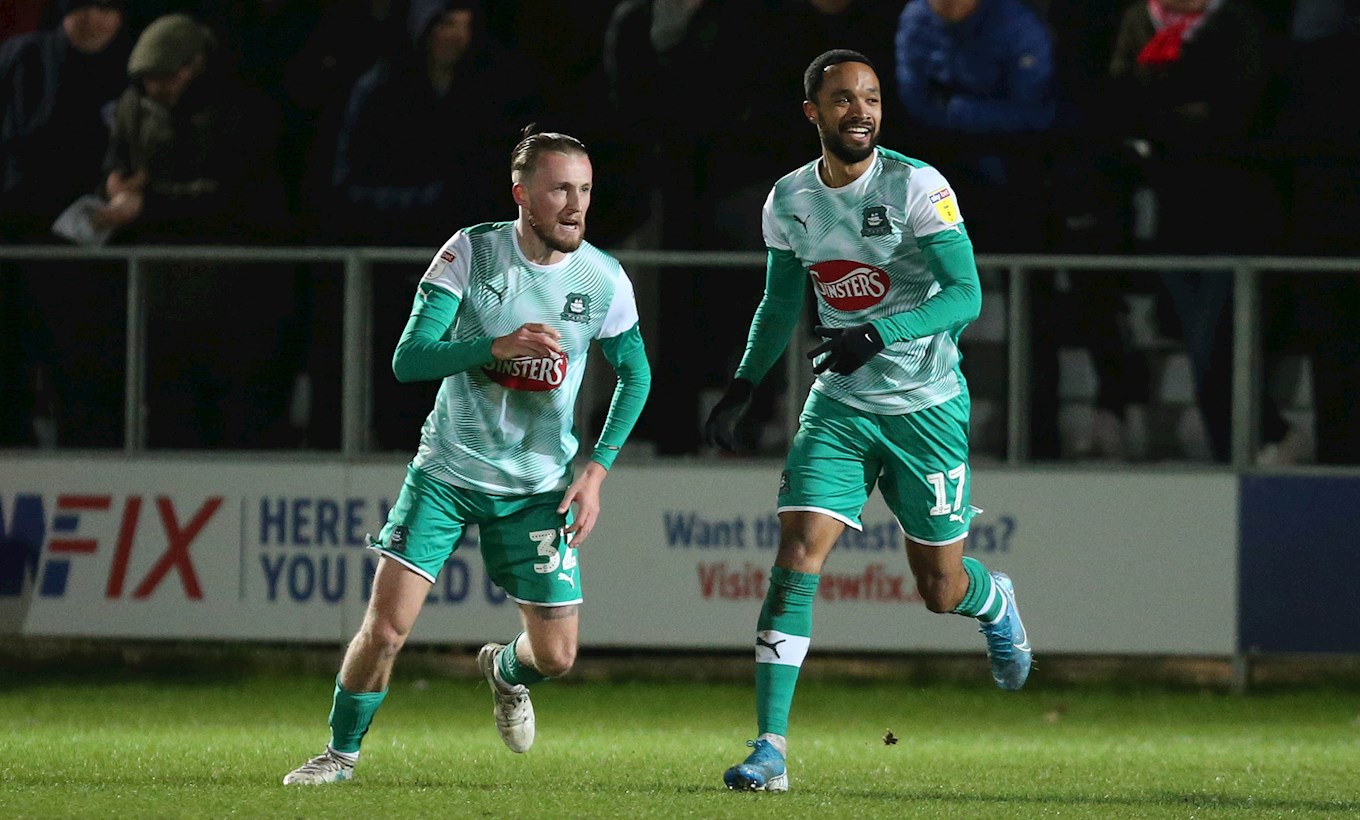 THE brilliant versatility of the footballing machine that is Byron Moore was in perfect evidence on Tuesday night at Salford City in Sky Bet League Two.

Having scored the opening goal and performed superbly as a centre-forward for over an hour, Byron switched to left wing-back and continued to play at the same level as the Pilgrims eventually ran out 3-2 winners.

Byron’s performances in the vanguard and on both defensive flanks have been a feature of the Argyle season, and a massive bonus to manager Ryan Lowe, although there is one role not suited to the former Bury man.

“He can play left-side, he can play right-side and he can play centre-forward,” said Ryan. “He’s a machine, very talented and what he’s doing for us on a regular basis is why we brought him to the football club.

“He can play any of the positions, he gets a lot of whacks but not many fouls because he tries to stay on his feet. He looks absolutely shattered on 60 minutes and then you put him on the wing and he motors again.

“He knows his job, knows his role and what he is capable of doing. We don’t hesitate in playing him left, right or centre-forward and his best position is that he loves playing football.

“When he plays up front, he scores goals but he’s also scored goals from the left and the right. We’re obviously pleased with Byron and wherever I pick him to play, he always gives 100%.

“It’s what we look for recruitment as well and it was funny last season when we tried to play him in one of the number eight positions but he just said ‘gaffer, that’s not me’. It didn’t suit him because he likes running at players or getting the ball over the top to score goals.”