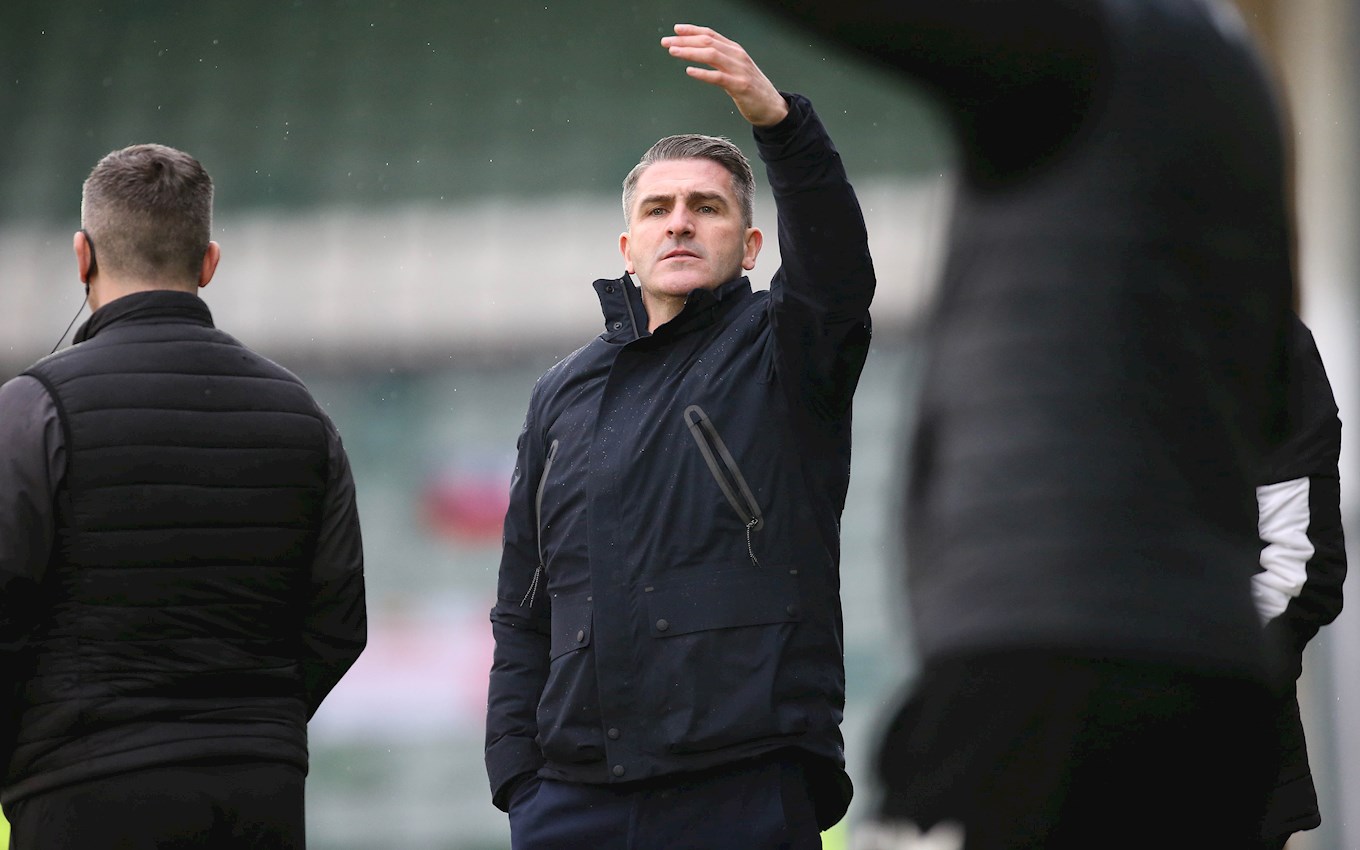 ARGYLE manager Ryan Lowe believes the draw against Cambridge United on Saturday is a point in the right direction in our race for promotion from Sky Bet League Two.

The Pilgrims ended up with just a single point against an extremely defensive, in-form Cambridge, who set up a formation which was there to sit back and defend for the afternoon.

“It is a point in the right direction and a point from third position,” said Ryan. “There are some good games coming up with the other teams, and there are teams in and around that, that have got to play each other too.

“Without being over delighted with a point, we are happy with a point. We would have been more delighted with three points but, as I said, if you cannot win, you certainly do not want to lose. A point in the right direction and a clean sheet.

“Straightaway, when we got the team sheet, we noticed the way they wanted to set up with a 4-4-1-1, so we knew our centre-halves would play out from either side against two banks of four.

“It shows us a lot of credit but that is down to the manager doing a bit of work saying he does not want to come here and lose. I am not being disrespectful towards them, but we knew what they were doing when we got the team sheet and what game they were going to try and play, but it was game-management because now they are unbeaten in February, so fair play to them.”

The Greens’ tried to pile on the pressure at the end of the game in search of the winning goal, which left just the one defender at the back for them, but they were able to avoid any sort of sucker punch late on from the travelling side.

“We work on stuff like that in training and I make sure that we do not get a sucker punch because it has happened to us before,” said Ryan. “We need to make sure that, when you are on attack you are weakened in the defence, because one ball over the top could lead to a one against one, or two against two and maybe a slice of luck or a piece of magic from them.

“We needed to make sure that would not happen, but our lads put a lot into it to try and come out with the three points. It is a clean sheet, one that we are pleased with because clean sheets count but if we had got a couple of goals, it would have been a bit more pleasing.

“It was not to be, a point in the right direction and we move on to the next one.”