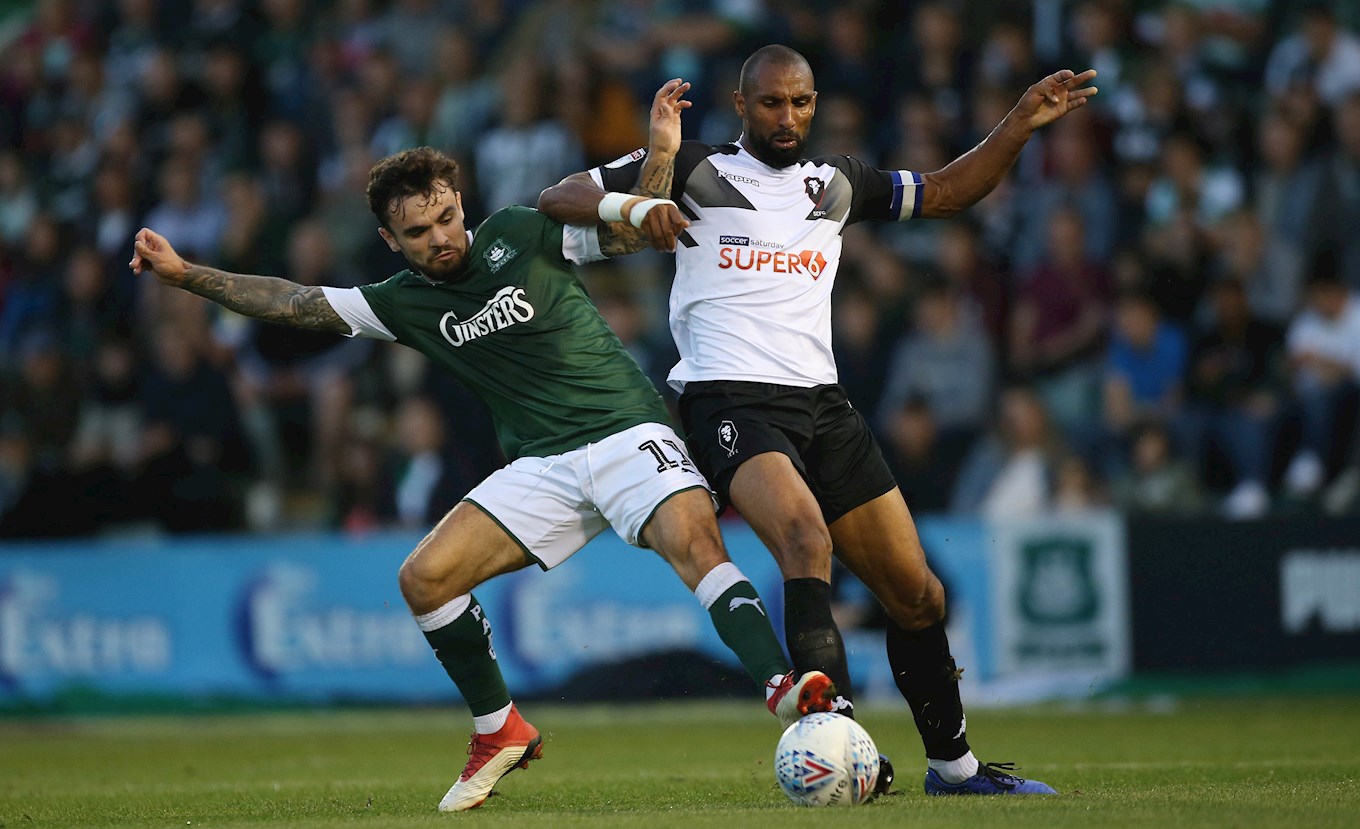 ARGYLE take on Salford City at the Peninsula Stadium in Sky Bet League Two tonight and it has been rollercoaster debut season for the Ammies in the Football League.

After a double from Emmanuel Dieseruvwe gave them a 2-0 win over Stevenage on the opening day, Salford then had to wait until Grimsby six weeks later for their next win in the league, a spell that included a 2-2 draw at Home Park.

Even after defeating the Mariners, Salford then suffered heavy losses against Crewe and Forest Green, as their inaugural campaign looked to be turning into a struggle.

Thankfully, Graham Alexander’s men steadied the ship with victories over Walsall and Cambridge and then produced an excellent 2-1 win at Newport with goals from Cameron Burgess and Lois Maynard.

In the midst of this improvement in results, the Ammies were also producing fine performances in the Lesasing.com Trophy, including a 3-0 trouncing of Wolves Under-21s. The Christmas week was particularly useful in the league, as they comfortable beat Crewe and Oldham.

Following the 0-0 draw with Crawley on Saturday, the Ammies are now on a run of six games unbeaten and have a Trophy semi-final against Newport on the horizon. It all adds up to another tough game for the Greens.