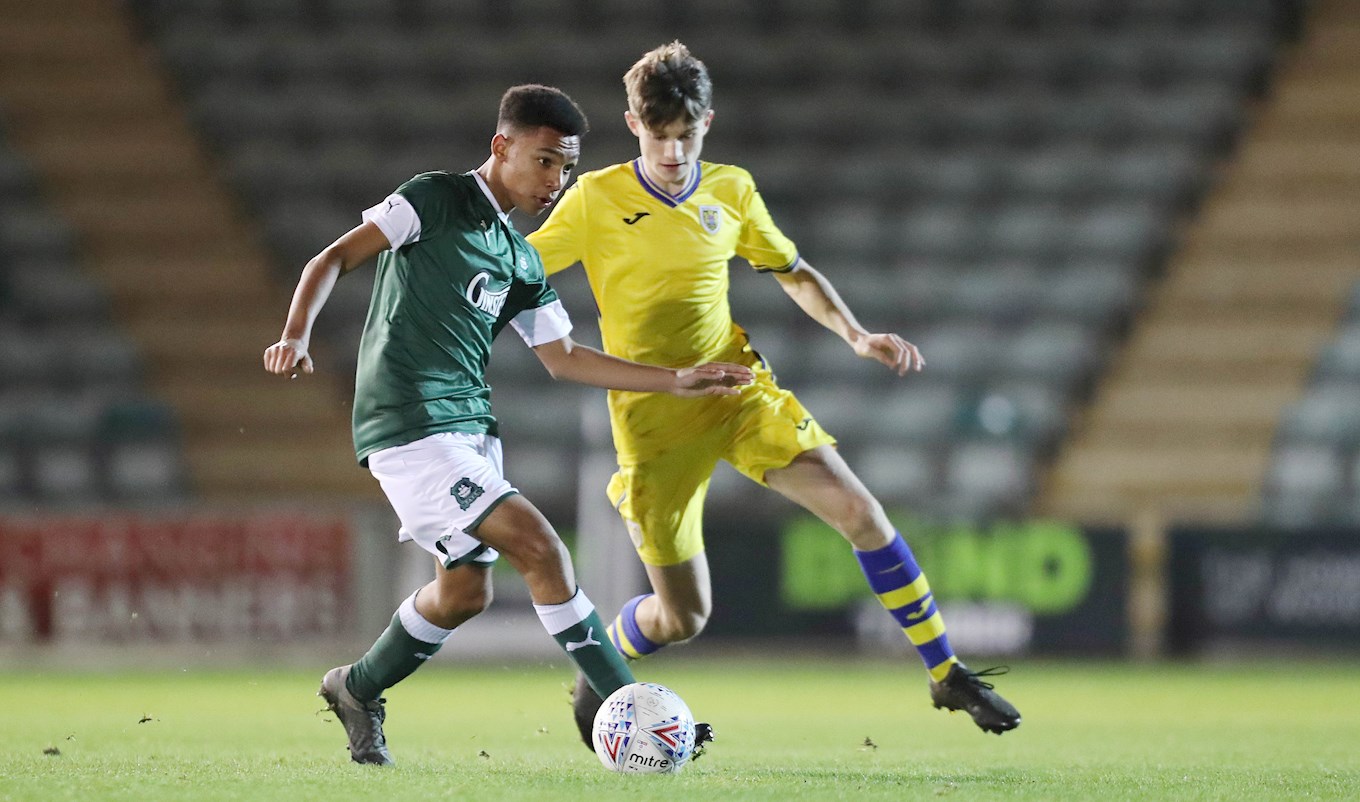 A SUPERB performance from the Argyle Under-15s in defeating Swansea City at Home Park was a fine example of the Pilgrim philosophy working through the age groups.

A late goal gave the young Greens a 1-0 win in the Floodlit Cup on Tuesday night but it was the overall manner of the display that pleased manager Ryan Lowe, who wants to see his brand of football established as the Argyle identity.

He said: “I was pleased with the performance and saw them before the game just to say ‘don’t do anything different to what you would do at Marjon, Ivybridge or wherever you’re playing on a weekend’.

“Whatever pitch you play on, just because you’re playing at Home Park, don’t try to do anything different because you can easily get carried away, especially as 14 and 15 year-old boys.

“They were superb and I liked the way they played football. They moved it through the thirds, the strikers made a lot of good movement and they were fantastic.

“It was credit to the staff as well because they’ve come and learned. Their listening to what the first-team are doing and all age groups playing 11 v 11 should implement my style, and they’re certainly doing that.”

The Under-15 victory came hot on the heels of an enterprising 5-2 Central League victory for Argyle at Bristol Rovers on Tuesday afternoon, and even more important for those on the verge of first-team involvement to understand the Pilgrim philosophy.

“The 23s have to play our brand because they’re trying to get in the first-team. It’s my philosophy, it’s what I want with the style of play,” said Ryan. “We are structuring that from top to bottom and it will come to fruition.

“We want the football club to have a philosophy, my philosophy, and we want it to stay there for years to come because we feel it’s important.”